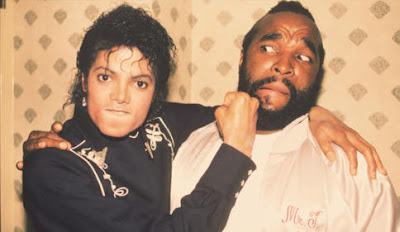 It seems like the best PR move in the '80s was to have to totally opposite celebrities get together for a photo shoot. I've seen many that are just memorizing. Some you can tell are staged just to get the press to snap a picture. Others make me wonder, how on earth would these people interact for each other? Would they have anything in common? Check out these few I just can't seem to get out of mind... 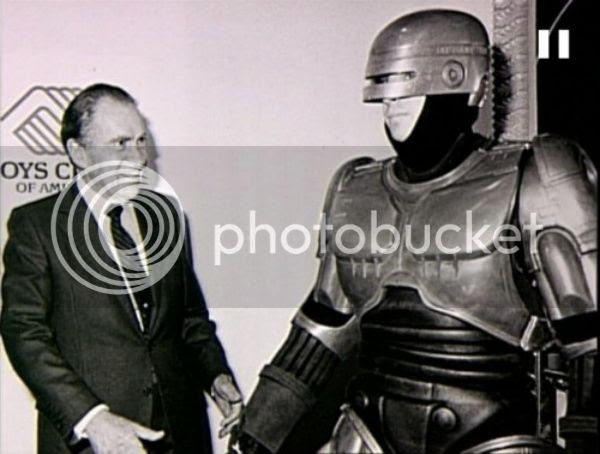 Former US President Richard Nixon and RoboCop
At first I thought this one had to be photoshopped...just too good to be true. However, it seems that Mental Floss put some truth behind it.

Boy George and Mr. T
Judging by the hair style, I'd guess this was taken on set of the "Cowboy George" episode of the A-Team in 1986. I guess the hand on the shoulder pose was just too much for T. 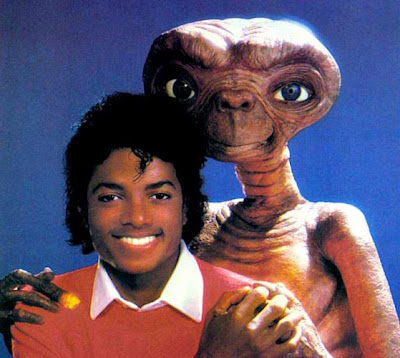 Michael Jackson and E.T.
This picture was taken from the E.T. storybook album which was narrated by Michael Jackson. I always wondered if Michael Jackson's hair would've caught on fire if E.T.'s glowing finger got too close. 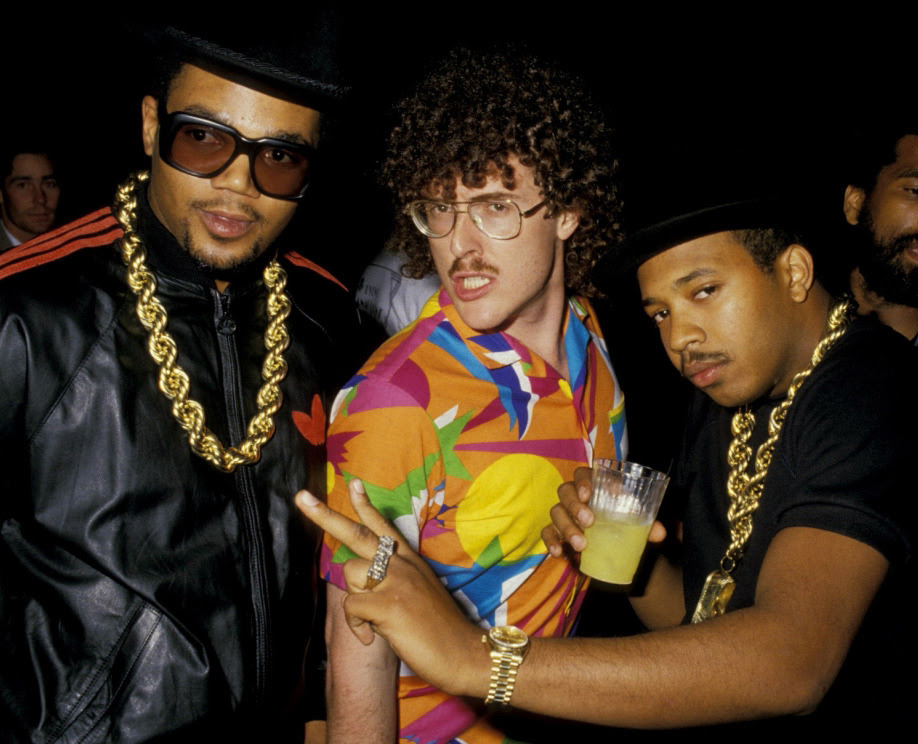 Weird Al Yankovic and Run DMC
So much to love about this picture. Can't seem to find the back story behind, but this is way cooler than any pose with Steven Tyler. 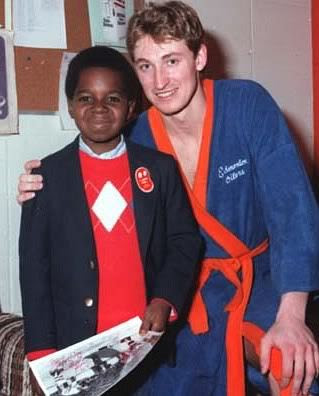 Gary Coleman and Wayne Gretzky
Umm...creepy! What's up with the Heff bathrobe? Did hockey players really wear those like after games? Why wouldn't he change if the biggest sitcom star in the world was asking for his autograph?