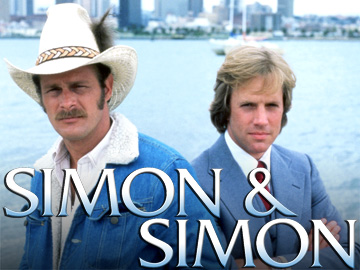 From "Magnum, P.I." to "Murder, She Wrote," television in the '80s definitely had its share of private detectives. You definitely didn't need a badge to catch the bad guys as former cops, thrill-seeking rich folk, and clergy all lined up to "take a bite out of crime."

Shows like "Miami Vice" and "Hill Street Blues" told the stories of police officers and detectives in the line of duty, but the private eyes seemed to have much more fun corralling the criminals. I see the spirit of these '80s shows in current dramas like "Castle" and "The Mentalist" where civilian investigators assist the police in solving mysteries. There were a few shows like "Jake & the Fatman" that had that blueprint, but for the most part, the cops took a back seat in the shows we'll be ranking this week.

For this list, I'm primarily looking for shows with characters who assisted but were not employed by the police or government. For example, I did include Knight Rider and MacGyver which were pseudo private investigator-type shows featuring investigators from independent organizations. Several shows are listed below including some gray area ones which did investigative work but were not necessary private eyes. Feel free to add them to your list or any I missed that you think fit the genre!

In the previous Rank 'Em, we didn't have any new commenters step up to be a guest, so I've called in another friend...Eclectik of Eclectik Relaxation! Me and E go way back...well, in podcast years. He hosts the Eclectik Discussion Podcast and is also co-host of the Cold Slither Podcast. He knows insane amounts of television, so I figured he'd be a great guest for this week's Rank 'Em! 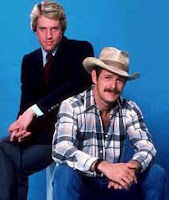 Simon & Simon had a great theme, great acting; anything Gerald McRaney is in is gold. The giant pickup, the Camaro, good comedy...plus it had Downtown Brown! The A-Team is probably my favorite 80s Television show period. I've seen every episode; very original plot...memorable characters, dynamic cast. You'd think it would've had more violence than it did; Plus it had Hulk Hogan AND Rick James on the show! Rick James!!!! Moonlighting was another show with great theme and the intro of Bruce Willis. This was the first show that I actually cared if the stars got together or not, plus I'm a sucker for any show that breaks the fourth wall...wasn’t crazy about the black and white episodes but I loved the show. Charlie's Angels had the women and the mystery of who Charlie was...that was enough to get you to tune in daily (or watch the reruns.) Granted it ended in 81, it’s still the 80s! Come on! Female private dicks with guns, solving crimes. Kate Jackson, Farrah Fawcett...what more do you want? Magnum P.I. had a lot going for it...Robin's nest, the Ferrari, the back and forth with Higgs, the helicopter and TC, just the location period. Besides, how many shows have "the Chairman of the Board" AND Mr. Miyagi as guest stars? And it also had a big crossover story arc with Simon and Simon! 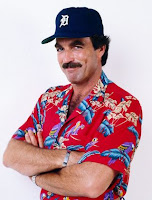 Magnum, P.I. has to be #1 in the private detective draft. He was a good investor who drove a cool car and had a great team of friends whenever he needed help. "Michael Knight, a young loner on a crusade to champion the cause of the innocent, the helpless, the powerless, in a world of criminals who operate above the law." Need I say more about Knight Rider? There was something just plain fun about Simon & Simon. Rick and A.J. were the odd couple of detective work, but the show worked on so many levels. Most people nowadays seem to think of MacGyver as a glorified construction worker. But it took a great deal of intelligence gathering and undercover work to get to the daring rescue in each episode using weapons like a gum-paperclip-walkie talkie-cardboard-cantelope designed rocket launcher. Love the "Screaming Mimi!" I remember at one point Riptide followed the A-Team in the NBC lineup. Occasionally, my parents would give in to my heartfelt pleas and let me stay up to watch it.

Your turn! Leave your Top 5 list of TV private detective shows in the comments! If you want to be a future guest ranker, be sure to leave your Twitter handle so I can contact you. Plus, rank more Top 5 lists in the Rank 'Em Archive!