Posted atAugust 03, 2013Posted by:Jason GrossLabels#Bad, #Beat It, #Billie Jean, #Human Nature, #Kickin It Old School, #Man In The Mirror, #Michael Jackson, #Music, #Off The Wall, #RankEm, #Thriller 15 comments
Share
The "King of Pop" ruled the '80s with seven #1 singles in the US and seven more charting in the top 10. Not to mention, his Thriller album would go on to be the best-selling album of all time. Iconic songs like "Billie Jean," "Beat It," "Thriller," "Bad," and "Man in the Mirror" ruled the airwaves on the radio and MTV. 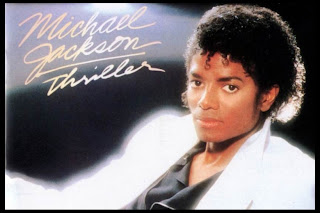 For this week's Rank 'Em, I'm looking for the Top 5 Michael Jackson songs of the '80s. It's a daunting task when looking at all his quality hits. But we all have our favorites, so hopefully it won't be too difficult to come up with your Top 5. For the purposes of this post, we'll include the following albums: Off the Wall (released in 1979 but charted singles in 1980), Thriller (1983), Farewell My Summer Love (1984), and Bad (1988). I'll list most of the singles below, but feel free to include non-released tracks in your list.

This week's guest ranker is Old School Tim who can be found on Twitter @OldSchool80s! Tim's been providing quality '80s content for years including exclusive celebrity interviews, Top 10 lists, and plenty of nostalgia. Connect with Old School Tim on Twitter for daily "On This Day" tweets and also the Old School 80s Facebook page.


"Don't Stop 'Til You Get Enough"
"Rock with You"
"Off the Wall"
"She's Out of My Life"
"Girlfriend"
"The Girl Is Mine" (with Paul McCartney)
"Billie Jean"
"Beat It"
"Wanna Be Startin' Somethin'"
"Human Nature"
"P.Y.T. (Pretty Young Thing)"
"Thriller"
"Farewell My Summer Love"
"I Just Can't Stop Loving You"(with Siedah Garrett)
"Bad"
"The Way You Make Me Feel"
"Man in the Mirror"
"Dirty Diana"
"Another Part of Me"
"Smooth Criminal"
"Leave Me Alone"
"Liberian Girl" 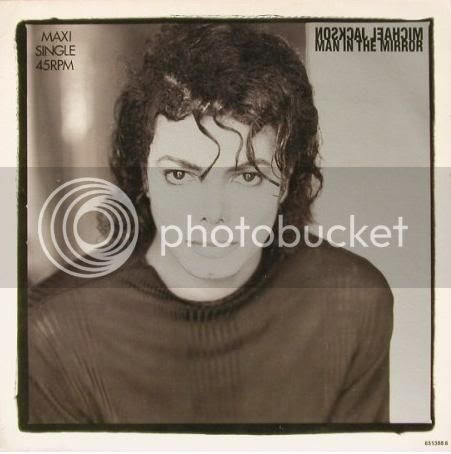 It's extremely difficult to narrow it down to just 5 songs. Most will be surprised (and I am a little, too) that "Billie Jean" doesn't make my Top 5, but as much as I absolutely love the incredible bassline as well as his iconic performance where he unveiled the moonwalk at Motown 25, there are five that I like a little better today. I could easily have listed 25 songs and, as usual, the rankings could very well change a little depending on my mood or nostalgia on any given day. "Man in the Mirror" is one of my favorite songs by any artist and I feel it is one of the defining anthems of the decade. It starts out tender with the passion and conviction building along the way. Using the gospel choir as part of the arrangement was perfect as well. Favorite lyric: "If you wanna make the world a better place, take a look at yourself, and then make a change." I am a sucker for a good ballad and "Human Nature" features some silky smooth harmonies with a contagious chorus. Surprisingly, it was the final song added to the legendary album, but still went on to become the 5th single to reach the Top 10. Favorite lyric: "If this town is just an apple, then let me take a bite." As I said earlier, I am a sucker for ballads and "I Just Can't Stop Loving You" always connects with me for some reason. It was originally intended to be a duet with Barbra Streisand or Whitney Houston, but I think Siedah Garrett does more than an admirable job holding her own with Michael. For the king of music videos, it is unusual that Jackson never made a video for this particular single. Favorite lyric: "Love is the answer." "Wanna Be Startin' Somethin'" starts fast and captures you right away with an infectious beat, melodic lyrics as well as its funky percussion and horns. The breakdown later in the song is magnificent with the "Mama-say, mama-sah, ma-ma-coo-sah" (which actually originated in a 1972 song titled "Soul Makoosa"). Favorite lyric: "To high to get over, too low to get under, you're stuck in the middle, and the pain is thunder." I love the catchy hook in "Say Say Say" and it's a joy to hear Jackson and McCartney trading harmonies on the chorus. Returning the favor of McCartney's duet on "The Girl is Mine", this song went on to impressively become Jackson's 7th Top 10 hit of 1983. Favorite lyric: "Just look at my face, these tears ain't drying." 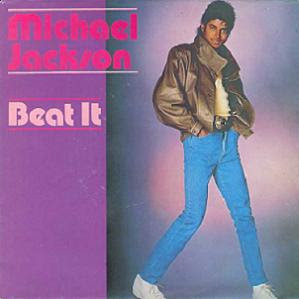 For me, "Beat It" is the first Michael Jackson song I remember hearing on the radio. I liked it from the first time I heard it and still revere it as my favorite MJ track. "Thriller" is the music video that everyone remembers watching for the first time. My most vivid memory is watching at the local skating rink on a large projector screen. Soon after they started showing "Thriller," the parents complained about how much it was scaring the kids. Although I believe I remember reading somewhere that MJ apologized to Hall & Oates at one point for stealing the bass line to "I Can't Go For That", "Billie Jean" is still one of his best tracks and iconic for the Motown 25 performance. "The Way You Make Me Feel" is easily my favorite from the Bad album and had a killer video with the lovely, long-haired Tatiana Thumbtzen. Finally, my favorite MJ ballad is easily "Human Nature" and have mad respect for John Mayer's performance at MJ's memorial concert.

Your turn! Rank your Top 5 Michael Jackson songs from the '80s in the comments below! Don't forget, I'll choose one ranker from the comments this week to invite back next week as the guest ranker so be sure to leave your first name and email address!