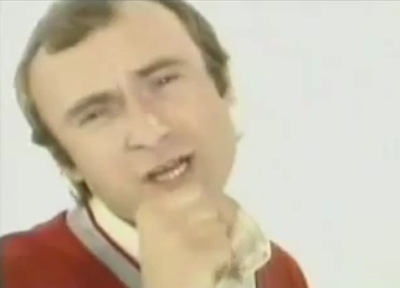 Seems like every website on the net has made fun of Journey's "Separate Ways" at least one time. You can't run a Google search for "Separate Ways" without getting hits for "the worst videos of all time" or "how not to do a video." Listen, I'll be the first to agree that the video wreaks of fermented '80s cheese, but let me drop some knowledge on you...Journey wasn't the first to rock air instruments in a music video!! If there is one thing I've learned in this world, it's that 80% of what the entertainment industry gives us has been done before.

Two years prior to Journey's infamous airplay, Phil Collins released his first solo album Face Value. Known primarily for the hit "In The Air Tonight," the 2nd single released "I Missed Again" actually equaled the US chart position of the first single. After I recently watched the Classic Albums documentary, I noticed that the music video featured Collins as a one-man wrecking crew on air instruments. He tried to trick us, dressing up in different outfits for each wind-powered performance, but that mug of his is pretty tough to hide. Phil performed the hell out of the air microphone, drums (of course,) guitars, keyboards, and horn section. Here's a montage to show his full performance (and wardrobe)... 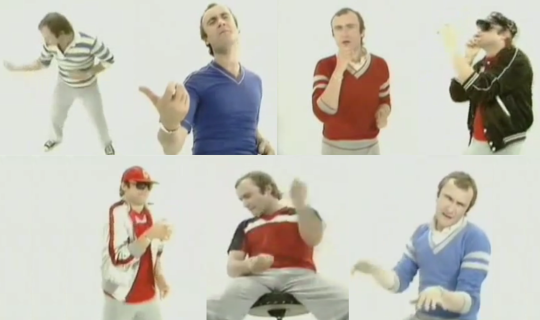 Phil...what were you thinking? Let's break it down. Upper left we have the "Cousin Eddie Casual" look. Bottom left I believe is part of the License To Ill line. Top row middle and lower right is part of the V-neck polo collection at JC Penney. I think the upper right is taken from the Village Person Of The Day line at Spencer's.


Sorry, Phil. But the next time you feel like running Journey through the cheese grater, I suggest using this video in its place. Check out the full video below including an acid trip of a sax solo...