The Best Arcade Game Adaptations From '80s TV And Movies 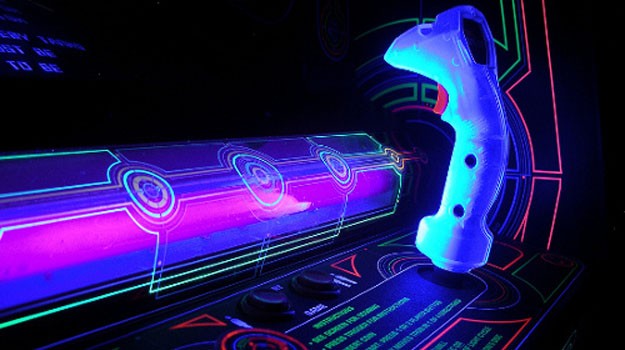 Over the past 50 years, you will be hard pressed to find a more exciting decade than the '80s. So much about our culture and society changed during this time, and everything seemed to become bigger and better than what came before. New technology combined with a revitalized interest in chasing fat stacks of cash meant that no area of advertising or cross-promotion would be ignored.

Arcades soon became the playground for big entertainment properties looking to engage their fan base. Gone were the days of passively viewing your favorite show or movie. Not only could you watch them but you could immediately go and play them, taking the role of the hero you just admired a few short minutes ago.

Gaming allowed us to step into that world and become a part of it. Such a powerful shift in perspective was revolutionary and changed our entire world in the process. While the movie and TV adaptations over the last 20 years have gained a reputation as profit-driven uninspired attempts at entering the game space, there was a time when game developers made a concerted effort to create the best possible experience...

Let’s start from the beginning. Most will point to Star Wars: The Arcade Game as the most memorable early tie-in, but it was Tron (released a year earlier in 1982) which effectively wet the appetite of gamers across the globe. Being a movie centered around surviving what were essentially computer games, there is literally no other entertainment property in the world (then and now) that lends itself better to creating a game based on it. 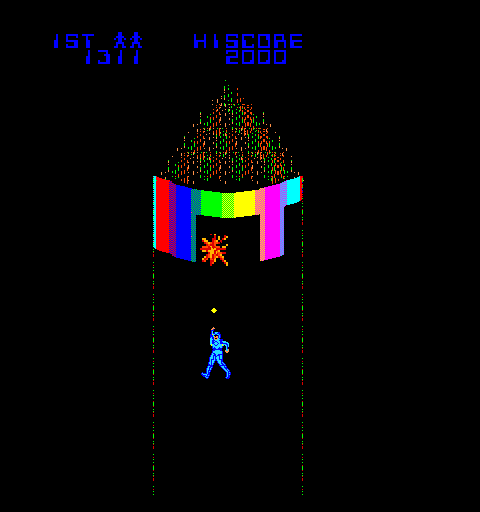 The movie involved an expert computer hacker named Kevin Flynn who is transported into his own program, where he must survive deadly “games” in order to destroy the mainframe and get back to real life. These gladiator-type events made their way into arcade adaptation in the form of Light Cycle races, Battle Tank melees, I/O Tower defense, and a mano-y-mano fight against the MCP Cone.

The arcade game Tron was such a success that it handily eclipsed the film’s box office total, proving to developers that they just struck digital gold. This epiphany immediately led to the direct sequel Discs of Tron which focused on the famous disc battles that made the movie such a classic. While less successful from a financial standpoint, Krull and Buck Rogers: Planet of Zoom were the two other well-received standouts in the fledgling years of the crossover.

With evidence that gaming could literally double your profits and increase visibility, the tie-in craze officially began with what is now the most famous entertainment crossover of all time, Star Wars: The Arcade Game.

Released in 1983, Star Wars followed Tron’s lead by using similar vector graphics. However, it expanded past its predecessor by creating a more immerse experience, allowing the player to feel as though they are sitting in a X-Wing cockpit in their fight against the empire. The game not only brought you into the Death Star trenches during the epic Battle of Yavin, but also included the voices of Mark Hamill (Luke Skywalker,) Harrison Ford (Han Solo,) Sir Alec Guinness (Obi-Wan Kenobi,) and James Earl Jones (Darth Vader).

Following the success of Star Wars, video game licensing became a household occurrence with some of the most popular TV and movie properties of the decade adapting into surprisingly solid gaming experiences. The RoboCop arcade game nearly outshined the film version, expertly capturing the gritty feel of the movie.

Developed in 1988 by Data East, this side-scroller was faithful to the source material and even allowed gamers the chance to operate the infamous COBRA Assault Cannon, helping them decimate the criminal blight plaguing Detroit.

On the other end of the gaming spectrum, WWF Superstars (1989) was the first high-quality wrestling title ever created.

WWF Superstars allowed fans to take control of Hulk Hogan, Andre the Giant, Rowdy Roddy Piper and the rest of the bigger than life characters. The multi-player game also allowed you to coop with a friend and try to achieve the goal of defeating the "Mega Bucks" team headed by the "Million Dollar Man" Ted DiBase.

It was not all good times though. One glaring omission of a movie/game adaptation everyone wanted was The Last Starfighter.

Not only was the game about a gamer saving the universe, the film even hinted at an arcade version in the credits. Unfortunately, due to the arcade units costing $10,000 apiece, the fearful suits at Atari thought it was not worth the financial risk...bad move, sirs.

But no tie-in discussion would be complete without the mention of everyone’s favorite "heroes in a halfshell," the Teenage Mutant Ninja Turtles. In what started as a one-time parody by artists Kevin Eastman and Peter Laird, the original drawing of an upright, masked turtle rocking a pair of nunchucks was just too humorous to leave behind. In no time at all, TMNT became a mega-popular IP, extending into nearly every area of popular culture, with their action figures and the 1987 animated television series being the highlights of the TMNT golden age.

Without any end of popularity in sight, and murmurings of a feature-length movie in the pipeline, Konami decided to enter the fray and use their extensive arcade experience to create what is still considered by many to be the greatest tie-in ever: Teenage Mutant Ninja Turtles: The Arcade Game.

Nothing prepared gamers for the fantastic visuals drawn straight from the animated series or the inclusion of 4 player co-op where friends could attack the Foot Clan with all of the Turtles at once! With ample cannon fodder and every single big personality from the show, including Bebop, Rocksteady, Krang, and of course, Master Shredder, this was the first game ever to offer a near mirror representation of a cartoon.

By today’s standards, the technology used to power the arcade games of the 80’s is considered rudimentary, but that does not take away the fact that these games were revolutionary. For those of us who were lucky enough to witness such an amazing time, the memories will forever rival even the greatest of technological advancements.