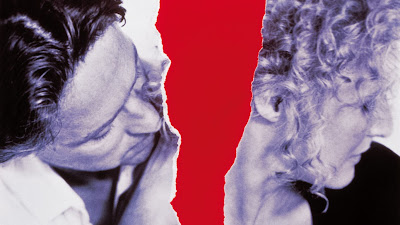 If you are like me, you roll your eyes every time you hear another treasured '80s movie is being remade. There are some like The Karate Kid remake that I've vowed never to see. The original was just to meaningful too me and I know I'll never get anything out of the new one. On the contrary, I was excited to see The A-Team remake a couple years ago and actually really enjoy the film. So I guess it just depends on personal preference when it comes to remakes.

Fatal Attraction (1987)
The 2nd-highest grossing film of 1987 was actually an adaptation of a short British film called Diversion. The psychological thriller earned 6 Academy Award nominations and was only beat out at the box office by Three Men and a Baby. I wonder if the British short film had Alex boiling lamb chops instead of rabbit? 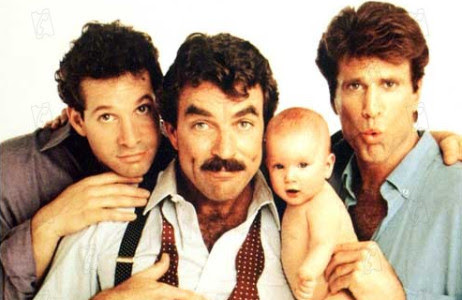 Three Men and a Baby (1987)
Speaking of! That's right, the two top films of '87 were remakes. The script was based on the 1985 French comedy film Trois Hommes et un Couffin (Three Men and a Cradle) which was actually nominated for Best Foreign Film by the American Academy Awards and Golden Globes. The French film also had a sequel in 2003 called 18 Ans Après (18 Years After.) The Amercian version also spawned a sequel in 1990 and has been rumored to produce a third that would reunite the cast for the "baby's" wedding.

The Money Pit (1986)
The Money Pit was based on the 1948 comedy film Mr. Blandings Builds His Dream House starring Cary Grant. The original film was actually a box office hit and was remastered for DVD in 2004. The house for the original film still stands as the office for Malibu Creek State Park in California. The '86 version was executive produced by Steven Speilberg which was the first time he and Tom Hanks worked together. 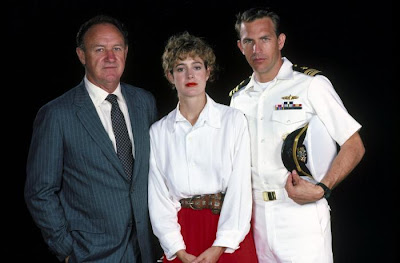 No Way Out (1987)
The 1946 novel and 1948 film both titled Big Clock was the basis for 1987's No Way Out. Although not a huge success at the box office, it was received well by film critics such as Roger Ebert who gave it 4/4 stars. The remake updated events from the novel to reflect the Cold War era. Thanks to this film and The Untouchables which was released the same year, Kevin Costner became an A-list movie star. 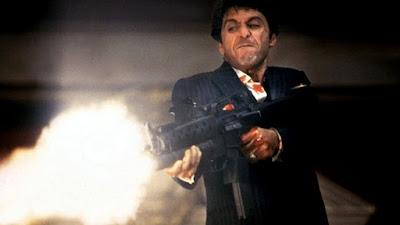 Scarface (1983)
Oliver Stone used the 1932 film with the same title as the basis for Scarface. The original film was loosely based on the life of Al Capone who's nickname was "Scarface." Oliver Stone's adaptation starring Al Pacino as Cuban refugee Tony Montana held mixed reviews among critics upon release. Now known as a classic among mobster films, it's the first film that excessively used the "f bomb" (over 200 times.) 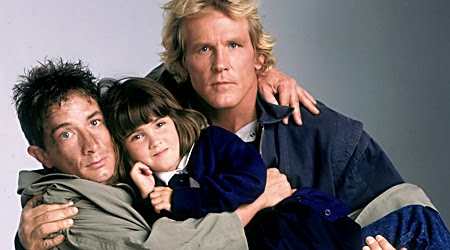 Three Fugitives (1989)
The 1989 comedy film Three Fugitives was a remake of the 1986 French comedy Les Fugitifs starring Gérard Depardieu. Although a decent return at the box office, the remake was not well received my critics. The '89 film would be the last for actor Ken McMillan (Dr. Horvath) who passed away of liver disease a few weeks before its release. 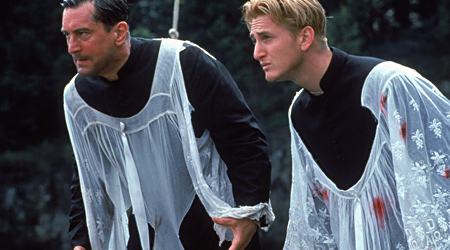 We're No Angels (1989)
The 1989 comedy starring Robert DeNiro and Sean Penn was a remake of the 1955 Humphrey Bogart Christmas comedy film of the same name. One of the rare comedies starring Bogart, the original was directed by Michael Curtiz who also direct him in Casablanca. The remake flopped at the box office and on home video amid one of the largest and most expensive sets ever built in Canada at the time.