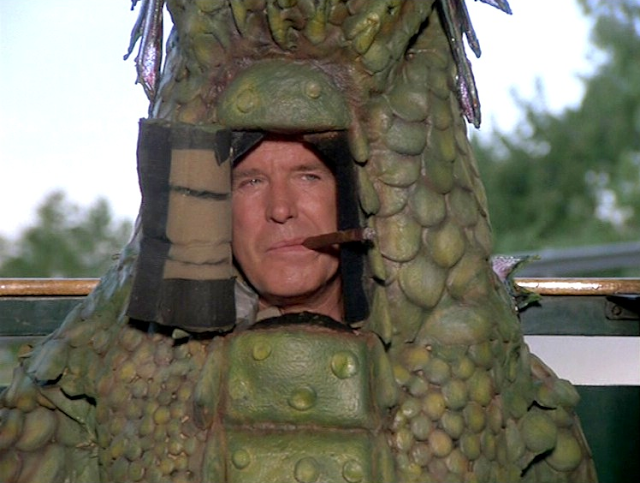 Welcome to "The A-Team At 30" series of articles brought to you by your incredible and lovable RD80s hosts Jason and Wyatt! This month we celebrate the beginning of the team that brought you great drama, comedy, and awesome battles. 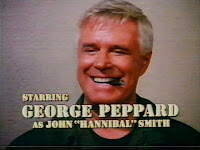 Our "best of" series begins with none other than the leader of the A-Team, Lt. Col. John "Hannibal" Smith. Throughout the series, Hannibal is best known for thinking of creative plans to get the team and their clients out of predicaments. He tends to get "on the jazz," staring death in the face while chaos encircles. Then as the dust settles, he pops off his very famous line..."I love it when a plan comes together."

As creative as Hannibal was, he was also a genius when it came to disguises. Most of the time he used them to fool potential clients but as you'll see, he also was known to fool his own team and the dreaded Col. Decker from time to time. Today's feature is the 10 Best Hannibal Smith Disguises! As we journey through our series of articles, please note that our lists are in no particular order. 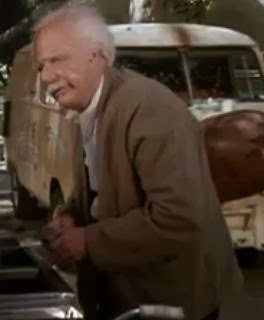 HOT DOG VENDOR - Hannibal appears as a hot dog vendor who hasn't heard of people eating lunch at 11 AM. He then serves a luke warm hot dog to his soon to be client. Love the faux weiner mobile in the background to complete the disguise. 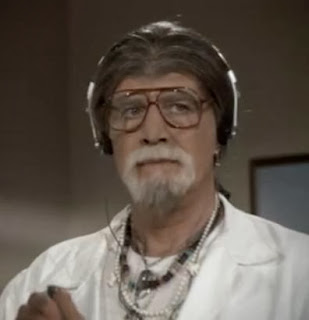 HOSPITAL AID - Another clever disguise of Hannibal's is a hospital aid who serves food to his soon to be client while even Amy Allen stands dumbfounded. She even tells the client she doesn't know why the A-Team had not made contact with them. He later catches up to Amy in the hallway and she is amazed at how he snuck passed her again. 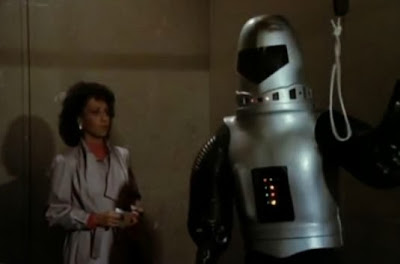 ROBOT - Hannibal pulls a Mr. Roboto...so to speak. He cleverly disguises as a robot at a science/tech fair to follow a damsel who is in need of help. 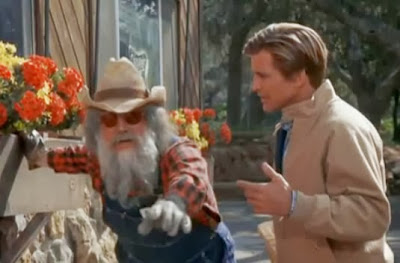 GAS STATION OWNER - This was a comical, ingenious trick on his own teammate, Face. Spotting the eye candy "bait" a la Col. Decker, Smith poses as a gas station owner along a highway to warn Face that the girl he has just picked up is a hoax setup by Col. Decker himself. 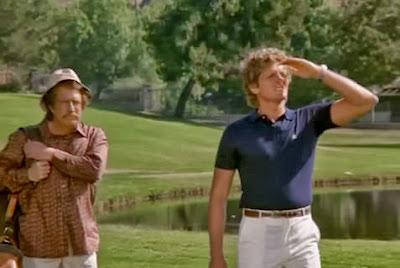 GOLF CADDY - This clip was great because there are two older gentlemen, though not pictured, serving as golf caddies. Both of them portray Hannibal's voice acting so even the viewer is unsure which caddy is Hannibal. Smith ends up revealing his true identity and mission to take down a drug smuggler and ex-lieutenant who served with the A-Team in Vietnam. 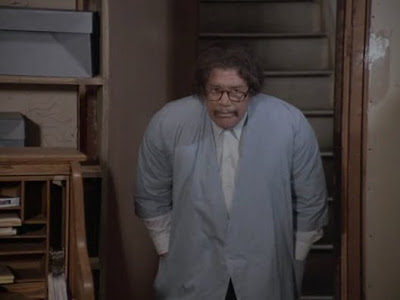 MR. LEE - One of Hannibal's first disguises is Mr. Lee, a Chinese gentleman who owns a laundromat. We soon learn he is usually the first of many hurdles in the screening process to hiring the A-Team. Although not seen in many episodes, he is referred to many times throughout the series. 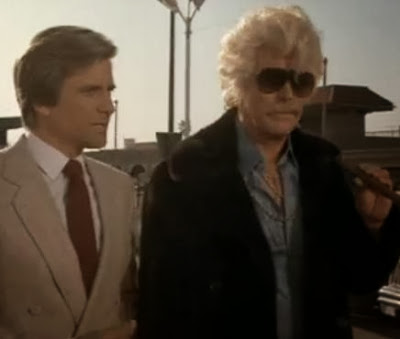 ROCKSTAR - Rockstar "Johnny B" happens to appear on the same sales lot as Face who is working as salesman. Johnny B requests a dozen limos, "6 black and 6 silver." What an order! 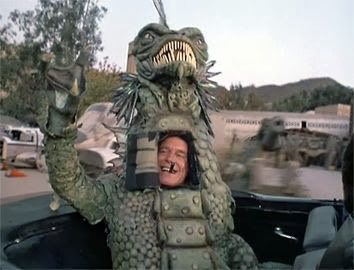 B MOVIE CREATURE - In the pilot episode, Hannibal's disguise is actually not for a ruse but his day job as "The Aquamaniac!" He is seen dressed in this costume during the opening credits of the first season. He further dares Col. Lynch in the scene to cross the Universal Studio "Red Sea Crossing" set. 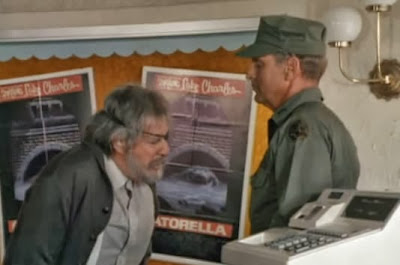 MOVIE THEATER OWNER - Here is a hilarious moment. Col. Decker comes into a movie theater wanting to search the projector room. The theater owner (Hannibal) escorts him up the stairs, complete with a limp and World War I stories that leads to locking Decker in a closet. 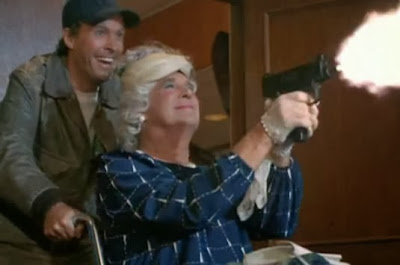 MURDOCK'S MOTHER - Finally, I thought it was clever to see Hannibal play "Mrs. Murdock." She helps to save an apartment building in which resides B.A.'s (aka "Scooter") mother. We enjoyed how Hannibal bragged about Murdock's yo-yo and copying skills.

That completes the first of many lists to come as RD80s salutes the A-Team at 30. With 95 episodes produced, we invite you to share your favorite Hannibal disguise that we might have missed or comment on our selections.