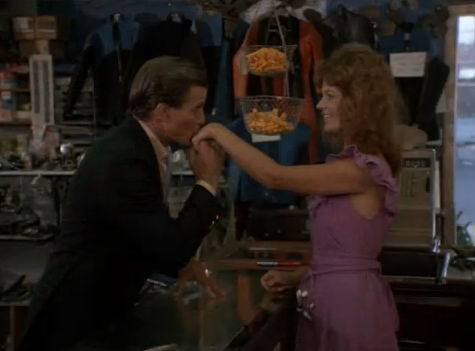 We continue the celebration of the greatest team of rogue soldiers, the A-Team, with the 10 Best Scams by Templeton Peck aka "Face" or the "Faceman." Everyone knows that Hannibal was the brains behind the A-team, creating the plan needed to fool the opposition. The main executor and foundation of Hannibal's plans though was usually "Face" by setting up a home base, infiltrating the enemy, or accessing materials needed for the plan to succeed.


Peck was the A-team's go-to guy when vehicles, various materials, or even information was needed for the mission. With his irresistible charm and likable personality, Face was able to pitch or scam everyone from models to mobsters at anytime or anywhere. Check out this photo montage titled "Peck on the Cheek" which shows some of his best wooing moments throughout the show...

Today's A-Team At 30 article celebrates the "face" of the team and his 10 Best Scams which include playing a doctor, a priest, one of Col. Decker's MPs, and a car salesman. Please note as we journey through our series of articles that our lists are in no particular order. 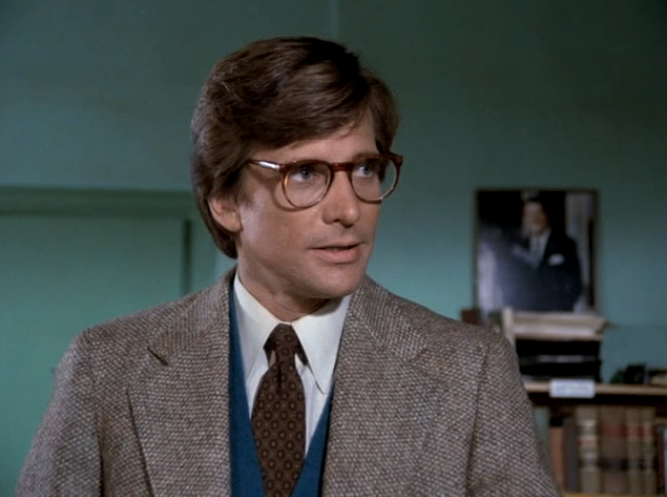 In the "Pros and Cons" episode, Face plays psychologist and author Dr. Pepper who gains access to a Louisiana prison where the other members are purposefully detained. Even after nearly being discovered as a fraud, his seeming frustration circumvents the accusation allowing him to enter the jail and work to aid the rest of the team. 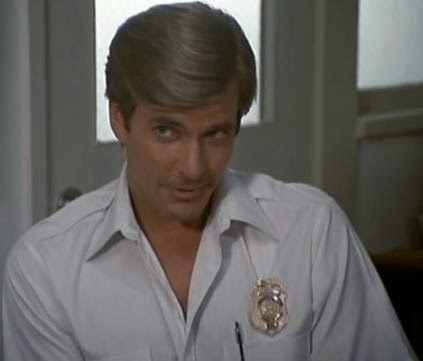 In order to help a female fire chief, Face poses as a fire inspector to infiltrate a rogue, competing fire company in the "Fire" episode from season 3. Using this slick tactic, he is able to place a remote controlled bomb inside the fire station owner's desk. 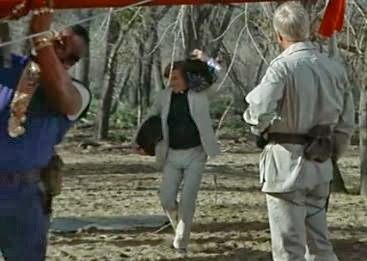 As stated earlier, Face was seemingly able to acquire anything from anyone no matter where they were located. After crash landing in the backwoods of South Carolina in the "Holiday in the Hills" episode, Murdock suggests putting together an ultralight to airlift an injured man to safety. Somehow, in the middle of nowhere, Face is able to scam a local woman by playing a priest who has lost his way and obtains wheels and a 10 hp engine. 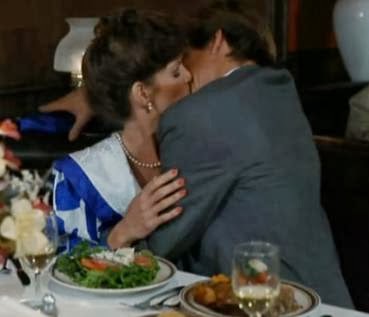 While on a date, Face begins charming a woman and then deceptively takes her office key from her purse. He then makes a simple excuse to go to the men's room and makes a copy of the stolen key. When returning to the table, he then "accidentally" knocks over the woman's purse and replaces her key. 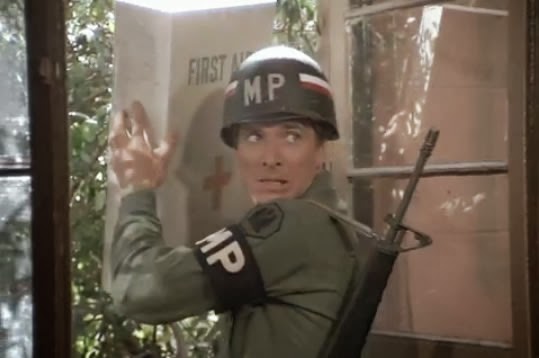 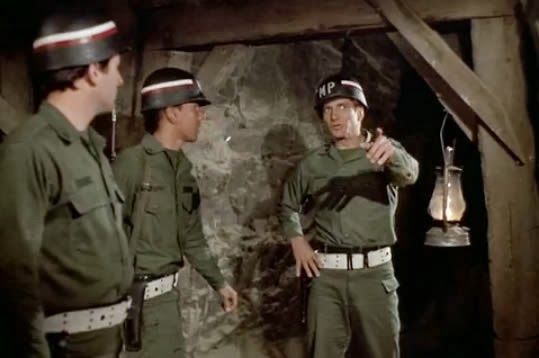 At the end of season two, Face disguises himself as one of Col. Decker's MPs twice! With Murdock ailing from a gunshot wound, Peck first must enter the nearby soldier-laden ranger station to grab a first aid kit. Later in the episode, inside a cave, he dupes MPs to help carry a wounded man (Murdock), though the team states that it is Face himself, to B.A.'s van where they promptly escape. 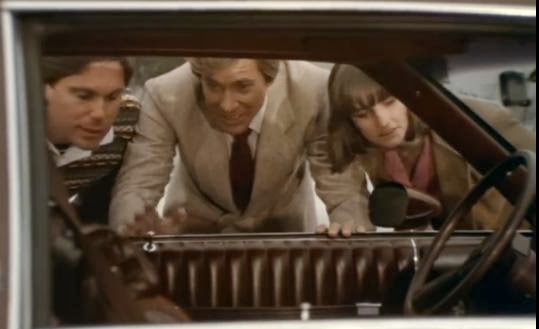 In the episode "Chopping Spree," our favorite salesman becomes...a car salesman! In an attempt to retrieve B.A.'s beloved van which was stolen by a crooked car dealer, Face gets hired (with a little help from Hannibal and B.A.) by the dealer and quickly becomes their top salesman. He's so good that he has to "slow down" to not draw suspicion...

Templeton Peck: Hannibal, this is disgusting. I'm selling used cars, do you know what that does to the self-esteem of an artist like myself?
John "Hannibal" Smith: [disguised as rich Johnny B] Ah, poor chap, sales not going well, what?
Templeton Peck: Not going well? I had to slow down so half the stiffs around here don't think my customers are set-ups! 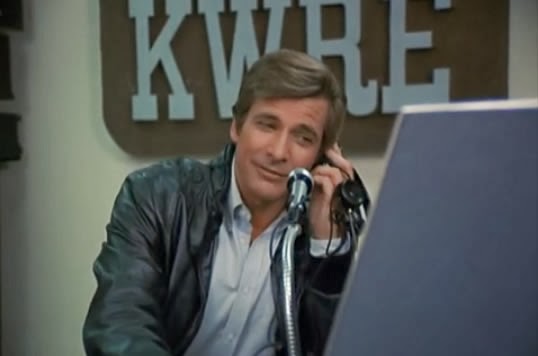 Face uses "an old Vietnam trick" to locate Murdock, who has escaped from a group of bounty hunters. He plays a disc jockey at a local AM station in an attempt to have Murdock call in and be rescued. 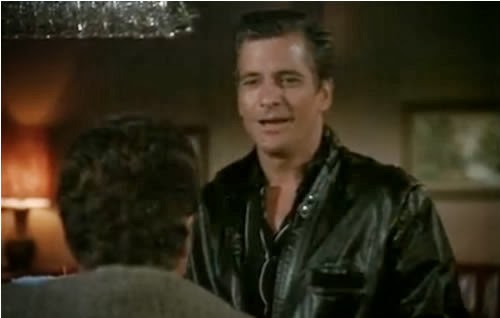 In the "Road Games" episode, Face serves as jukebox maintenance man Russ Dorsett who ends up climbing the criminal echelon. While inside, he tells the A-Team where the illegal casino's next location will be. He ends up "fixing" a new set of casino equipment to allow people to actually win. Nowadays, you can find online casinos in USA to try your own luck. 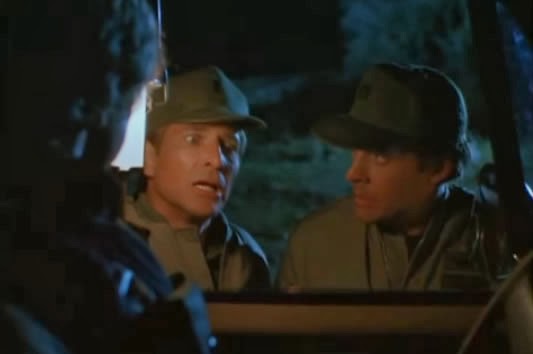 To buy some time to help a young man save his father's oil rig﻿, Face and Murdock set up a road block to slow down the local bandits for hire. Playing an army officer, he advises them to turn around and take another route because of a potential radiation hazard. His tool? A tape player! Earlier in the episode, he had recorded a clicking sound via a baseball card in a tire spoke. He uses the sound to trick the men that radiation is near.
﻿﻿ 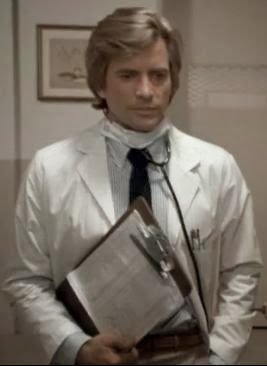 Finally, we cannot deny Face's most frequent and important scam to retrieve Murdock from the V.A. hospital for missions. Throughout the show, he portrays himself as various doctors, priests, and other characters to bust out their "howling mad" pilot. Though numerous, this scam should qualify as one (if not THE) best scam on the show as it never fails to spring Murdock.

Do you have a favorite "Faceman" scam that we missed? Share it with us in the comments!