The Best of A-Team Fan Art 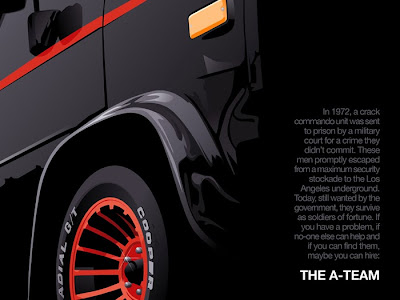 It's good to see that I'm not the only one who waxes nostalgic about The A-Team. Of course, my creative expression usually lies with calling someone a "crazy fool" when being cut off in traffic which is not in the same universe as these artistic masterpieces.

By searching DeviantArt.Com for fan art I learned one thing...B.A. might have been the most popular character then, but Murdock is definitely immortalized the most of all the characters nowadays. I could easily do a best of Murdock fan art article, but I chose some I personally enjoyed for the sake of including a little bit of everything. Check out the best pieces of fan art I could find as we celebrate the 30th anniversary of the A-Team this month...

the A team by nightwing1975 (DeviantArt)
- This artist has "toon versions" of just about every character imaginable. These look like they came from a comic book. Very well done. 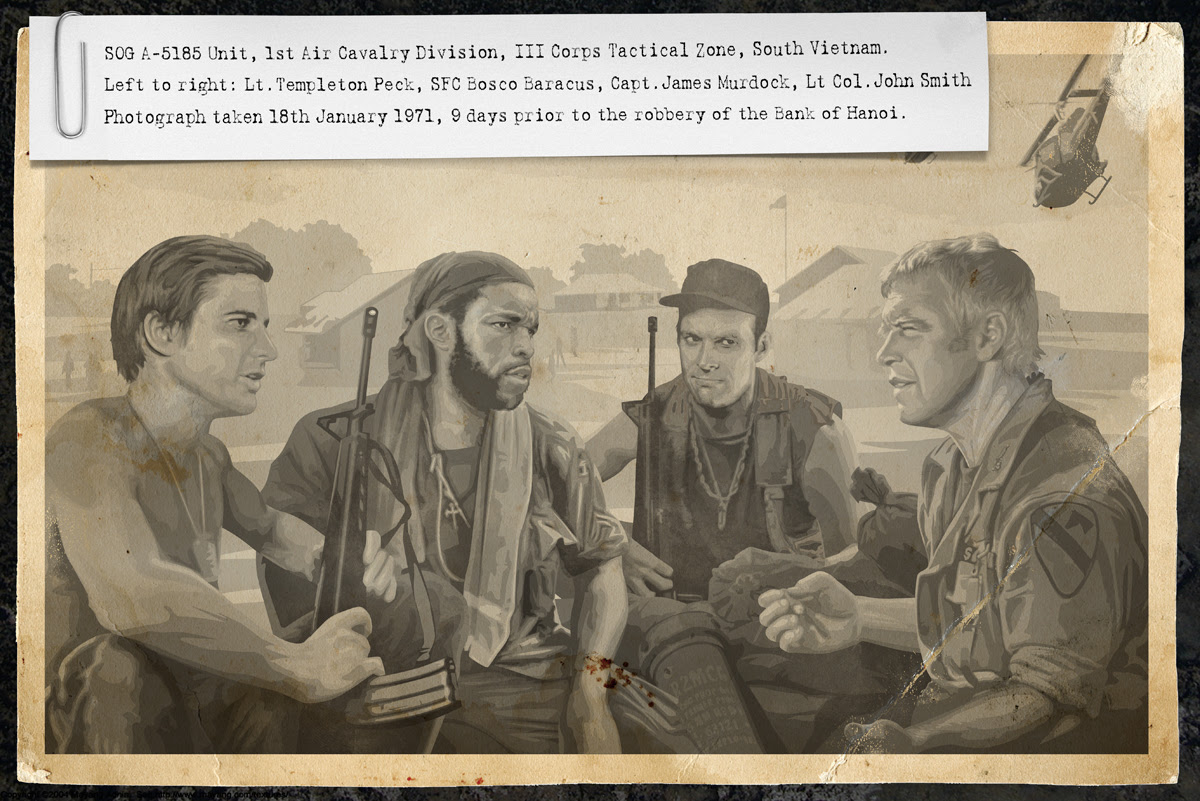 The A Team in Vietnam by oldredjalopy (Deviant Art)

- This might be my favorite piece of fan art ever. I've featured Old Red Jalopy on RD80s before and he does some amazing work (including this article's headline image of B.A.'s van.) I love the weathering of the photo and the paper-clipped note like it was taken from a top secret government file.

HM Murdock Bride by Katarina-Venom (DeviantArt)
- I had real difficult time choosing between Murdock the bride or Murdock the pilot. This one is just kooky enough to want to hang above my fireplace and watch the reactions of house guests.

The A Team by servemaster (DeviantArt)
- This T-shirt design is awesome and proves just how recognizable the characters are by using just their outlines.

Aquamaniac by UNKNOWN
- Found this gem after a quick search for "A-Team Fan Art" on Google. Not sure who the artist is but this is great work!

The A-team the animated series by JaimeMolina (DeviantArt)
- Why didn't this happen? Surely it could have been better than teaming up with Mr. T and his gymnasts. Just have them shoot lasers and it would've been great! 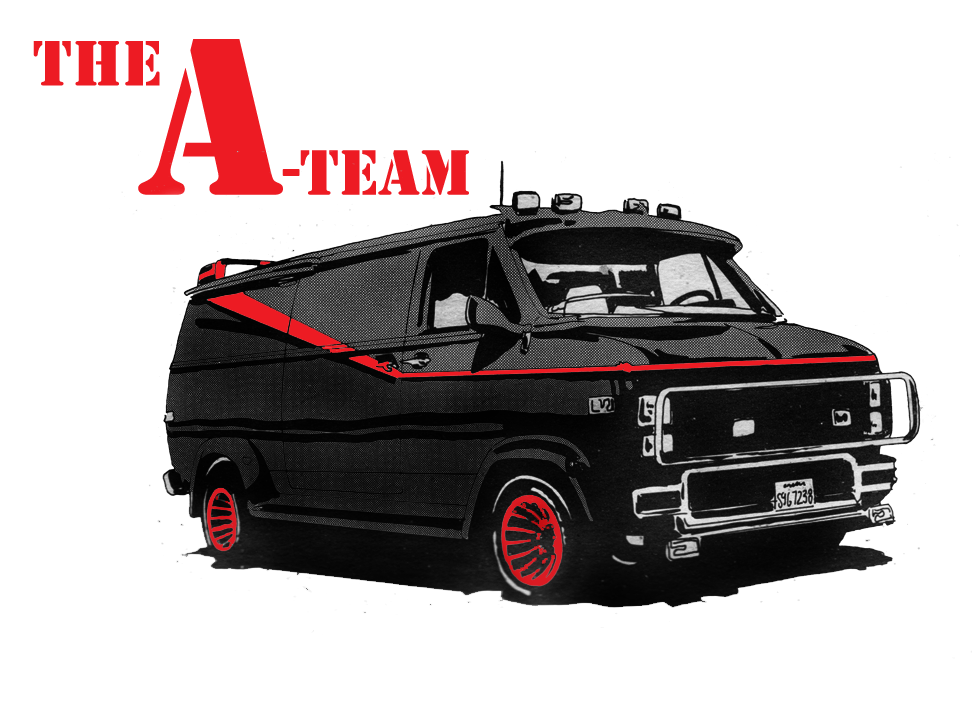 A-Team Van t-shirt transfer by KaizokuShojo (DeviantArt)
- This is another T-Shirt design that I'd proudly wear. Artist claims it's an image scanned from an old coloring book and then filled in using Photoshop. Nicely done! 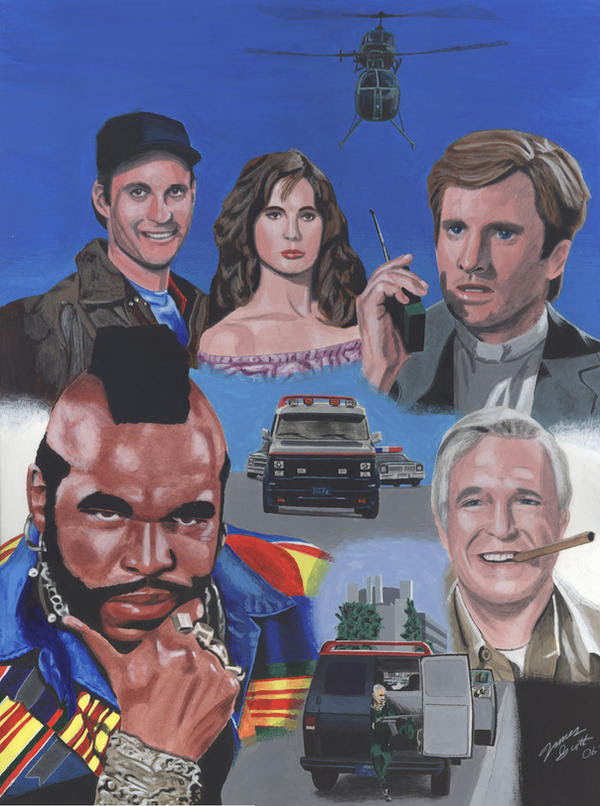 The A - TEAM show poster by redd8407 (DeviantArt)
- Fantastic mural-type poster of the first season crew. This needs to be on the side of a building in L.A.

- A great banner of Murdock and several screenshots from various episodes. 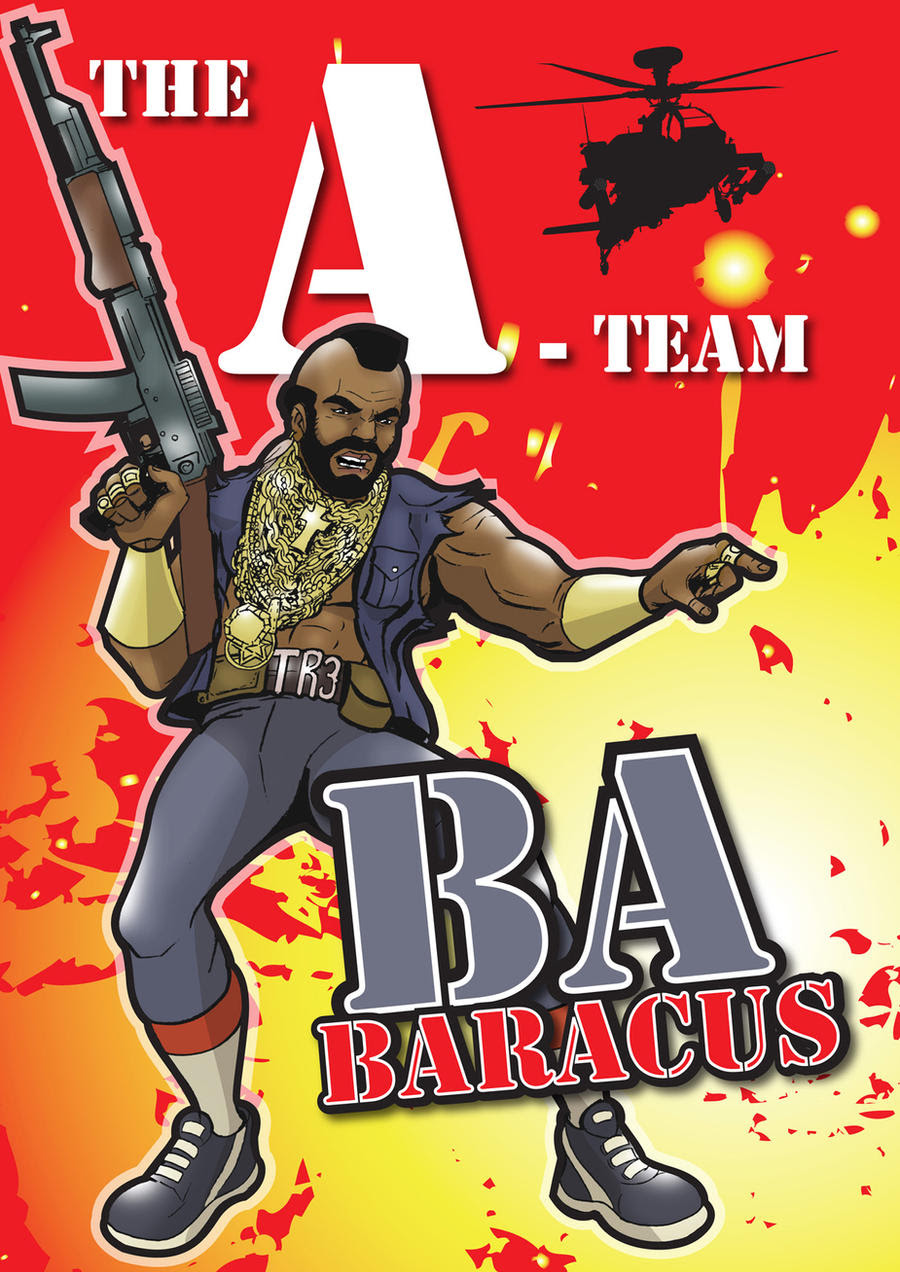 - A great poster of B.A. that could've been on a cereal box. 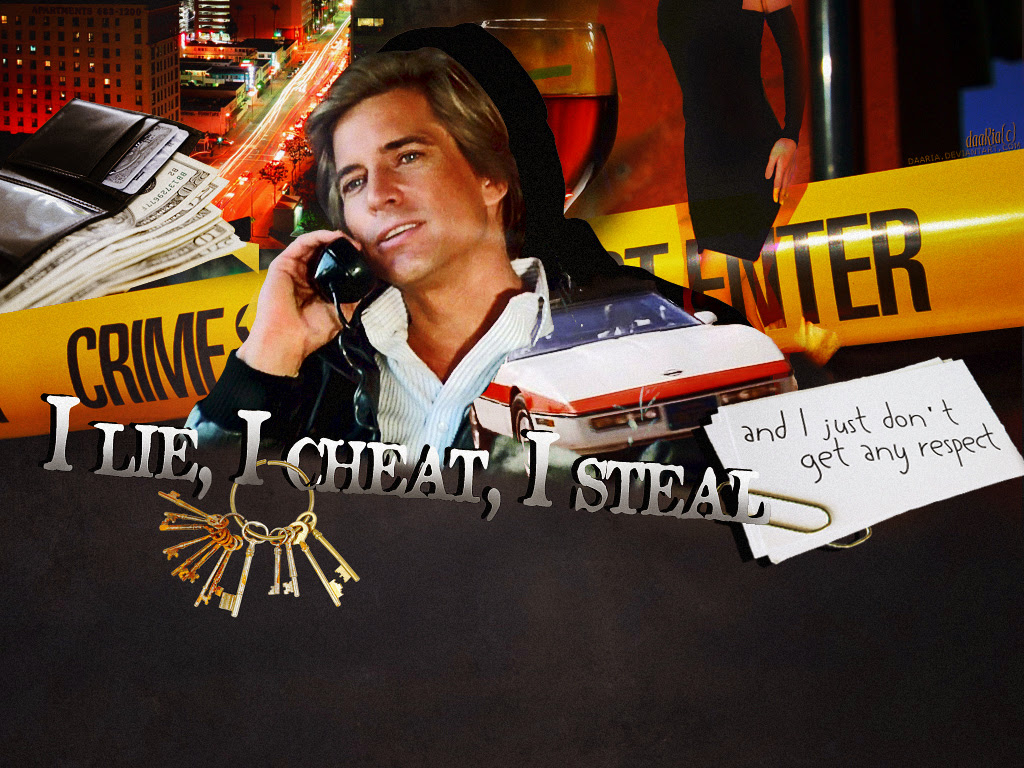 Face - I lie, I cheat, I steal by DaaRia (DeviantArt)

- I really like this wallpaper. It perfectly sums up Face in every element. 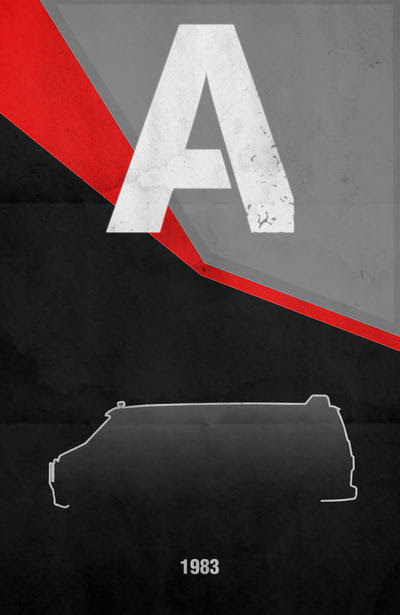 - Simple yet very unique. This artist also has a ton more based on other movie vehicles.

Seen a piece of A-Team fan art that needs to be included? Post a link in the comments!
Check out more A-Team At 30 articles during "Murdoctober" on RD80s!
Newer
Older