A-Team At 30: 10 Most Ridiculous Weapons and Inventions 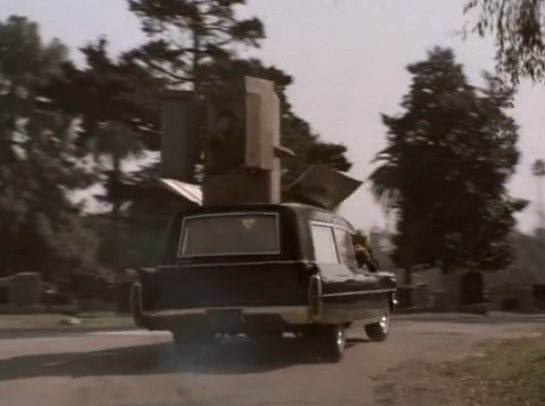 What does a watermelon, bamboo, a fountain pen and a lawn chair all have in common? No, it's not what MacGyver keeps in his duffelbag. They are all items used to make ridiculous weapons by the A-Team! As Hannibal would say, "if you ignore the obvious, you can get away with anything." And indeed you did, Colonel! 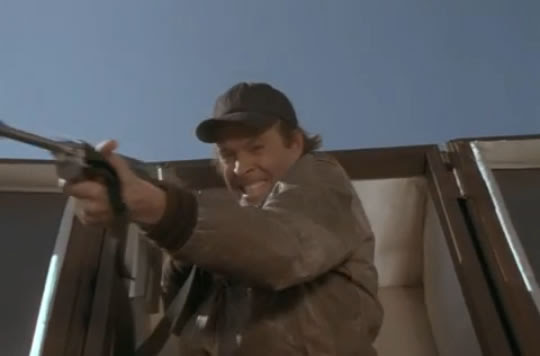 Besides being television's most famous band of brothers, the ingenious A-Team developed some of the most ridiculous yet capable weapons to combat their enemies. Whether it was pop-up hearse casket (shown above) or a bamboo missile launcher, the A-Team was known for their elaborate inventions to often escape the clutches of their enemies or Col. Decker and the U.S. Army.

As we continue our A-Team At 30 series of posts, let's review the 10 most ridiculous weapons and inventions that the A-Team created to win the war on crime (in no particular order.) 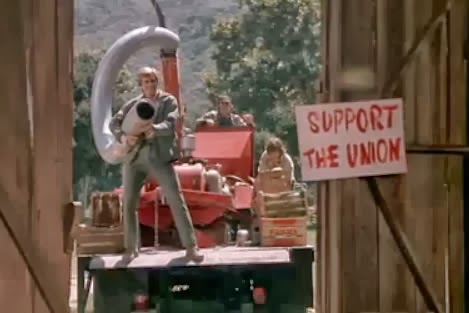 Cabbage launcher created from a modified wood chipper: It's not as good as a cannon, but it worked to fend off a gang of thugs bullying some local workers. "Heads Up, Bullies!" (Get it? Heads of cab...oh, nevermind.) 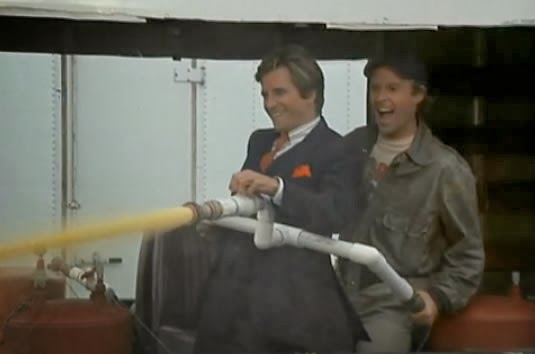 Two-person soda cannon tucked away in a box truck: Face and Murdock hoses off the bad guys on a hot day. 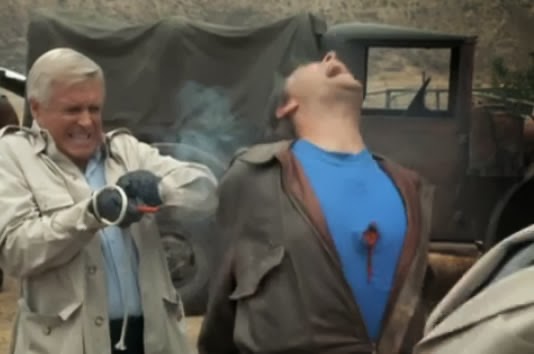 Fountain pen pistol: Oh no, Hannibal shot Murdock! Even their captures in this episode should've realized how ridiculous this was, but a prop gun and a little fake blood still helps them to escape. 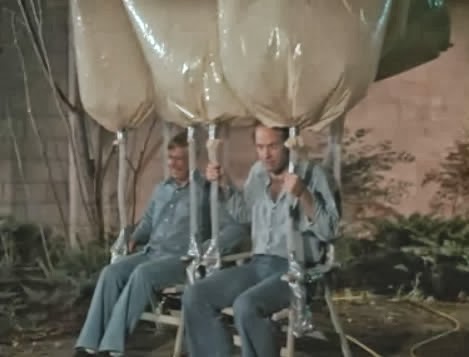 Lawn chair hot air baloons powered by hair dryers: After loving on trash bags during his imprisonment with Hannibal and B.A., we quickly learn why Murdock was collecting them. Hefty missed out sponsoring this episode... 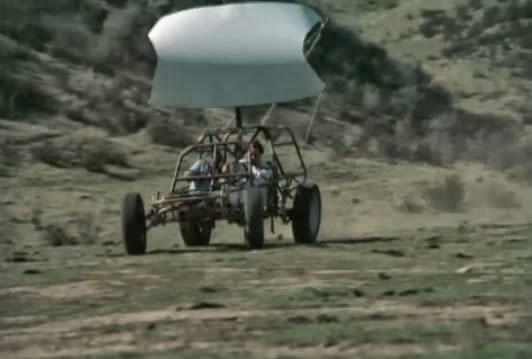 Sail-powered dune buggy: Sometimes your just not trapped in a garage full of tools to build an armored car and need to get a little creative! 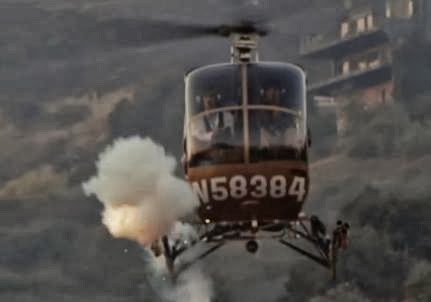 Bamboo missile launchers affixed to helicopter landing skids: Eat your heart out Airwolf! All you need is a little bamboo and duct tape for some air support! 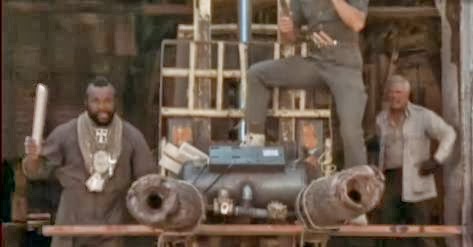 2x4 lumber cannons attached to a forklift: Well, if you have 2 x 4's laying around and throwing them isn't fast enought, I give you this weapon. "Hacksaw" Jim Duggan would've loved this thing.

Drilling rig utilizing the A-Team van: A couple belts and a few gears and you can dig for water too! (Doubles as an ammunition supply.) 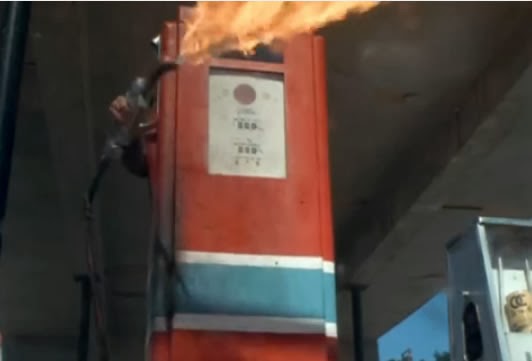 Gas pump flame thrower: Excellent for setting fire to a few limosenes used by the mob. I think M.A.S.K. might've ripped off this idea for Boulder Hill. 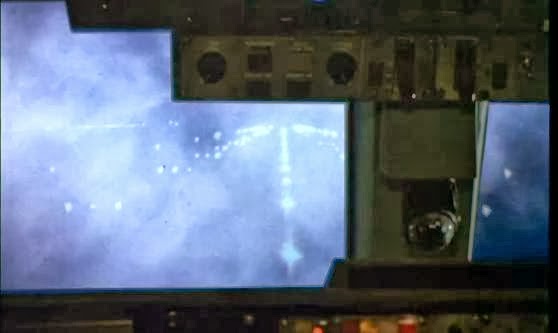 Fake airplane take off: Utilizing fog machines, light bulbs mounted on 2 wooden strips, and a movie screen, the A-Team uses this distraction so they can board the plane for an ambush. Elaborate? Nawww.

What are some other ridiculous weapons or inventions that you remember from the show? Share them with us in the comments!