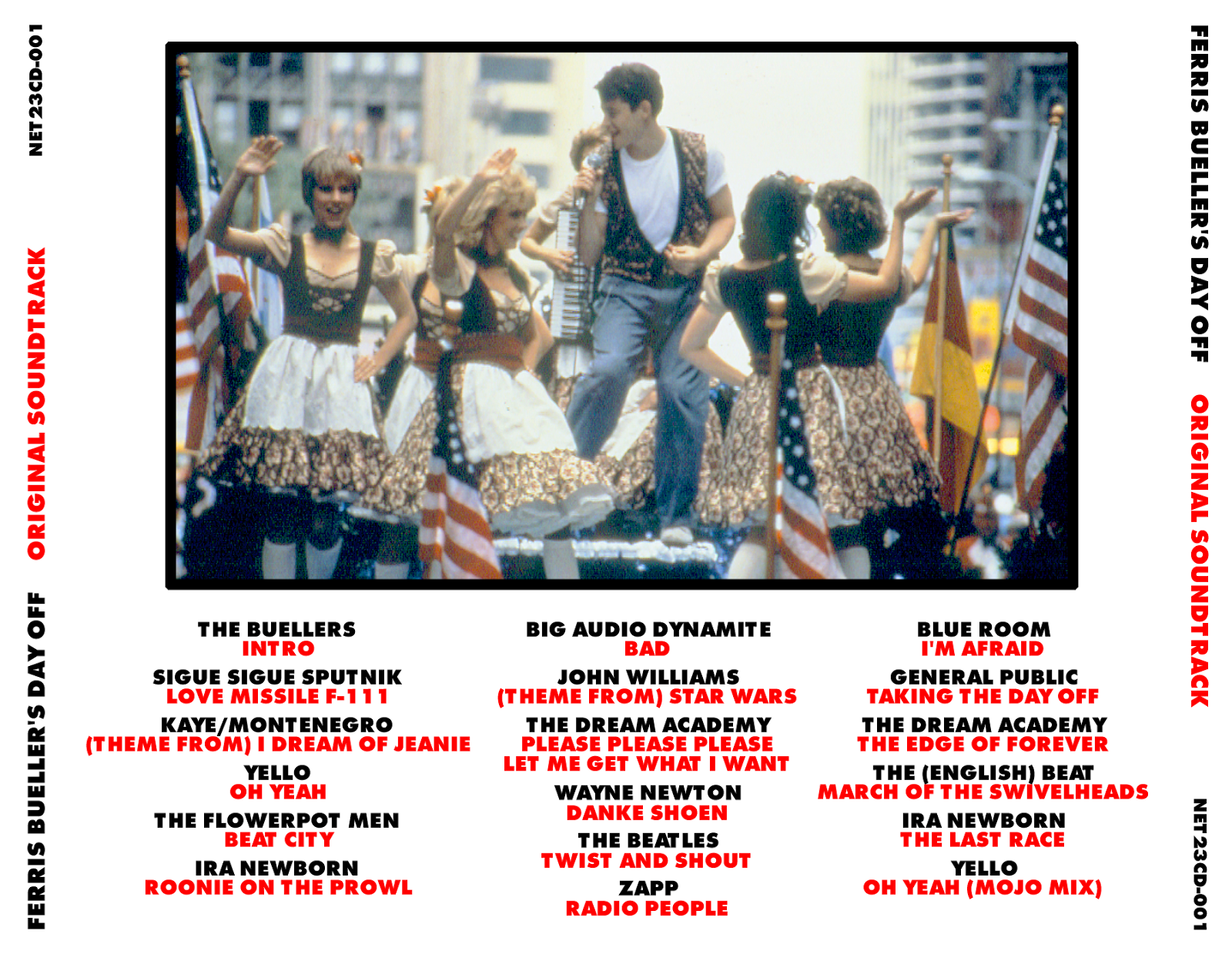 Today I'm starting what I hope will be a series of blogposts on movie soundtracks. The entire decade of the '80s seemed saturated with great motion picture soundtracks. In fact, I've even proposed that some soundtracks were even better than the movies themselves! What is unfathomable is the amount '80s films that had great music and NEVER released an official soundtrack. How is that possible in the midst of Top Gun, Footloose, and Dirty Dancing selling millions of albums? Well, it's time to Sound Off on these '80s movies and find some answers! 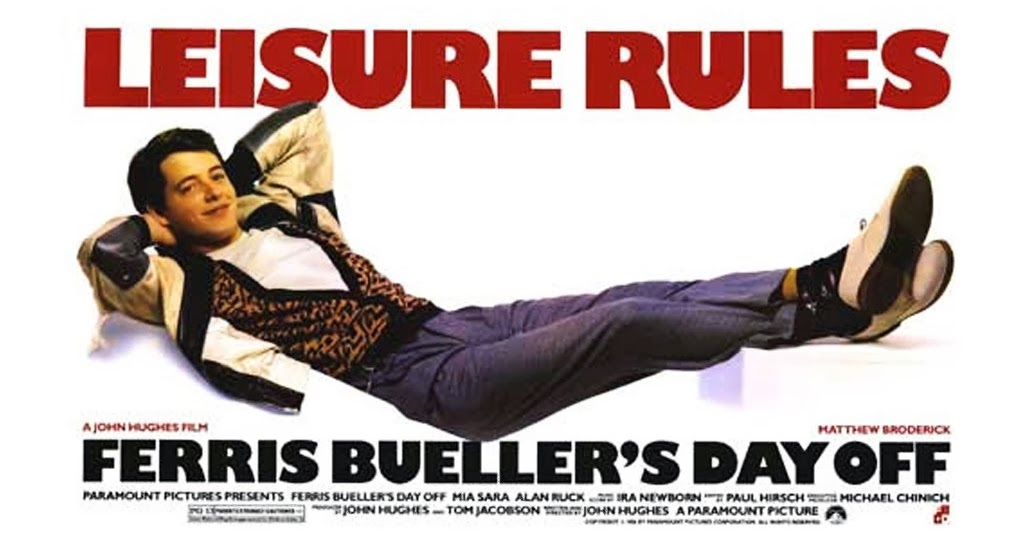 How is it possible that an official Ferris Bueller's Day Off soundtrack was never produced? Several songs instantly come to mind when I think about the movie. Can you think about the first time the 1961 Ferrari 250 GT California is unveiled without hearing "Oh Yeah" by Yello? And who can remember the parade scene in downtown Chicago without hearing Wayne Newton's "Dankeshoen" or "Twist and Shout" by the Beatles?

Well after a little digging, it appears that the person responsible for this soundtrack travesty is none other than the film's writer/director/producer John Hughes. In a late '90s interview with Lollipop Magazine, Hughes stated:

A&M...begged me to put one out, but I thought "who'd want all of these songs?" I mean, would kids want "Dankeschöen" and "Oh Yeah" on the same record? They probably already had "Twist and Shout," or their parents did, and to put all of those together with the more contemporary stuff, like the (English) Beat - I just didn't think anybody would like it.


Really? Who was he to judge what we would like? I mean, no disrespect to the man who provided the filmography of '80s kids, but isn't that what was great about soundtracks...variety?

Hughes goes on to say that he actually mailed 100,000 record singles featuring two songs that he owned the rights to, "Beat City" by the Flowerpot Men and "I'm Afraid" by Blue Room. If you had sent in a fan letter around the time of the films release, chances are you got one. What a tease! Fortunately, there are enough hardcore Ferris Bueller fans in this world that weren't satisfied with a two song soundtrack. One of those people is a guy that goes by Mojo and host a blog called Darth Mojo. A few years ago, he posted about his experience with creating his own Ferris Bueller's Day Off soundtrack and a chance run-in with John Hughes himself. After struggling to find two tracks that would complete his music project, he happened to meet Hughes on location and asked for his help. Hughes told him where he could find the songs and even gave him his office number in case he needed anymore help! Maybe Hughes felt guilty for holding back on the fans, but for whatever reason, he helped Mojo form what could have been the official soundtrack.

When Ferris Bueller's Day Off was released to DVD years later, Mojo went back and remastered his work which was originally recorded onto cassette. He added clips from the movie, created CD case artwork (cover image,) and eventually posted it his blog!


Listen to Mojo's 70-minute FBDO soundtrack right here. Right click on the music player and select "save as" to download the mp3 file to your personal collection!

So, it appears the first Soundtrack Sound Off has ended with some success. I managed to find some answers and even a free soundtrack. Sure it's not an official soundtrack, but fan-made stuff is often better than what we've hoped for. Thanks to Mojo for creating an awesome collection for us Ferris Bueller fans!
Newer
Older