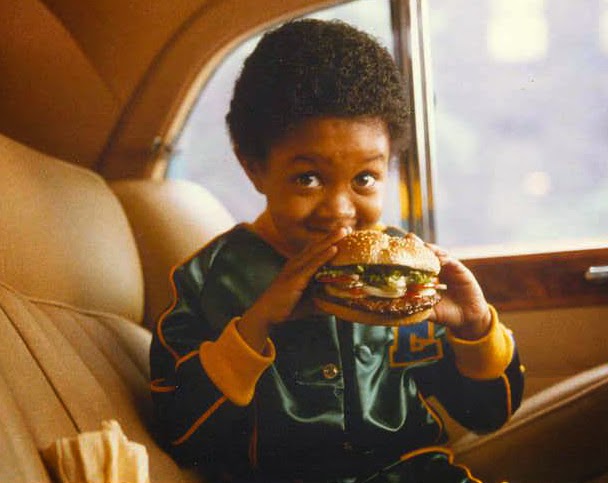 If you knew what "the best food for the fast times" was and constantly went around asking yourself "Where's Herb?" then you probably ate at Burger King in the '80s. The "home of the whopper" employed several A-list celebrities of the time in their ad campaigns and also struck gold on a few spokesman who would go on to be famous actors.

Here's a look back at 8 celebrities you might have forgotten endorsed the flame-broiled food of Burger King in the '80s...

Mr. T
I wish I had the statistics on how many people bought a whopper after hearing the "OK, fool. It's good!" slogan.


Elizabeth Shue
Before she was a babysitter or girlfriend of a karate star, Elizabeth Shue wanted us to switch to Burger King.


Elle MacPherson
The ol' "how to appeal to men while promoting salads" advertising trick...simply add a swimsuit model.


Emanuel Lewis
If you needed to add a cuteness factor to your advertising campaign, Webster was your man.

Ben Affleck
This ad needs to be remade for Burger King's new delivery service. Jennifer Garner also needs to be the one making the call.

It's too bad Meg wasn't eligible to win the contest...she could've used that money later to support her and Goose's kid.


Sarah Michelle Gellar
This lovable 4-year old was actually banned from McDonald's for life thanks to a lawsuit that stemmed from this commercial. Imagine missing out on all those cool Happy Meal boxes and toys from the '80s (shivers in horror.)