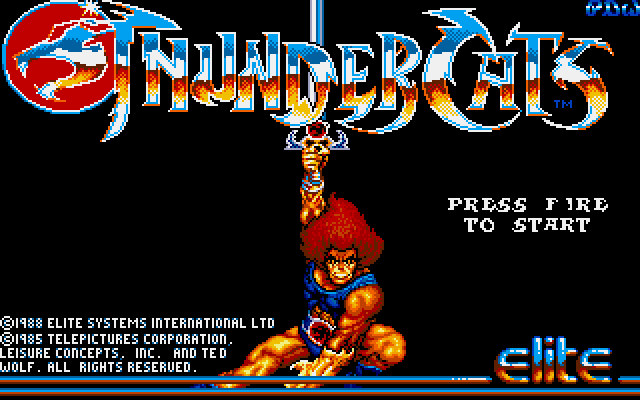 It's times like these that I wish I had been a computer nerd in the '80s. Most of the video games I played were on consoles and it appears I missed out on several games that were only released on computers like Commodore 64, ZX Spectrum, Amiga and Atari ST. I remember taking a computing class in middle school around 1987. The teacher was also our phys ed teacher and it was BOR-ING! We had to learn all the computer jargon definitions and how to execute programs on those old green print monitors. Of course, all we wanted to do was to play games.

I do remember eventually being allowed to play some of those text adventure games like "The Oregon Trail" and "Treasure Island." Later, I remember our school purchasing Apple II computers and playing games like "Agent U.S.A.", "Snoopy To The Rescue", and those stupid typing games where the letters fell from the top of the screen and you had to punch the correct keys (without looking down) to "win the game." This sampling of computer gaming just didn't compare to the console games I played at the time, but had I known that several games based on my favorite '80s franchises existed, I might have gotten jealous enough to ask my parents for a home computer rather than a Sega Master System.

Here are 20 video games based on popular '80s franchises and exlcusive to home computers that should have made Atari, Nintendo, and Sega gamers jealous: 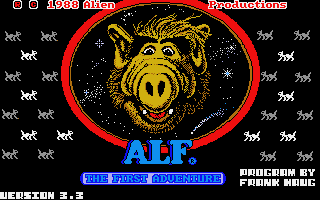 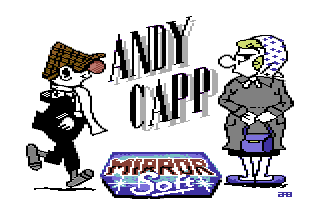 Andy Capp: The Game (1988)
I went through bags and bags of Andy Capp hot fries as a kid and would read the comic strip on the back of the bag. Living in the US, I never knew much about the British-based comic, but would have definitely been interested in Andy Capp: The Game just for my personal association with the yummy snack. 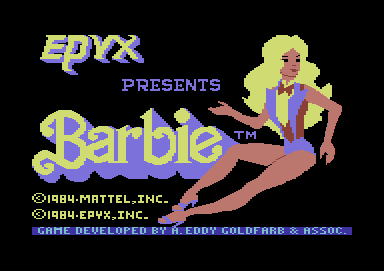 Barbie (1984)
Barbie didn't get her first console game until 1991, but 7 years earlier, fans could get "dolled up" and go out with Ken on a date using the Commodore 64 game. Choose your wardrobe carefully though or Ken might just leave you at home. 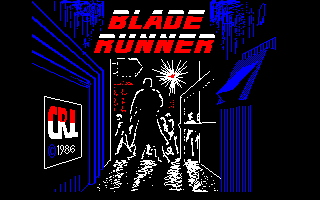 Bladerunner (1985)
Interesting fact about Blade Runner is producers were never able to get the film rights so it became "a video game interpretation of the film score by Vangelis." Say whaaat??!! So somehow the game developers were able to basically create a game with the same elements from the movie just by listening to the soundtrack. How did that not end up in a lawsuit? 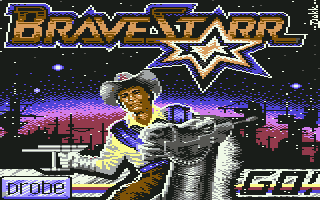 Bravestarr (1987)
I didn't get much into this show as kid so the Bravestarr video game is way off my radar. From the walkthrough I viewed, this side-scrolling shooter looks quite monotonous, but it was the only game available to Bravestarr fans. 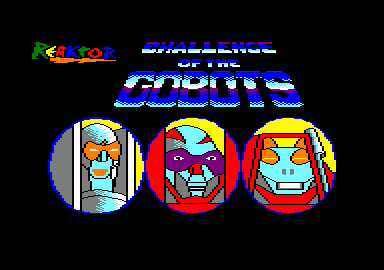 Challenge of the GoBots (1987)
A GoBots video game that plays like Defender? I would've been all over this!! I'm not sure how the other Gobot characters came into play but shooting lasers as Leader-1 and then transforming when touching the ground sounds pretty cool. 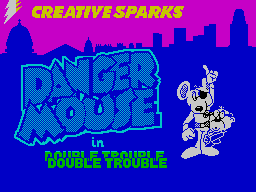 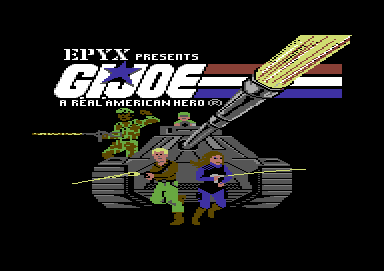 G.I. Joe: A Real American Hero (1985)
This was definitely a surprise to find. Most Joe fans remember the dreadful 1983 Atari 2600 game G.I. Joe Cobra Strike, but just two years later a G.I. Joe: Real American Hero game was released that I totally missed. The computer game allowed you to control 16 total characters from both factions, each with unique weapons, and also pilot vehicle missions. Watching the gameplay on YouTube makes me jealous for those computer gamers who got to enjoy it in the mid '80s. 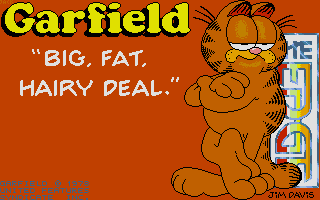 Garfield: Big, Fat, Hairy Deal
Garfield has been featured in almost 20 video games over the years and for some reason, I've never played any of them. I was a huge Garfield and Friends fan as a kid and could definitely see myself playing his first game Garfield: Big, Fat, Hairy Deal had I owned a computer in 1988. Garfield also got another release a year later with Garfield: Winter's Tail. 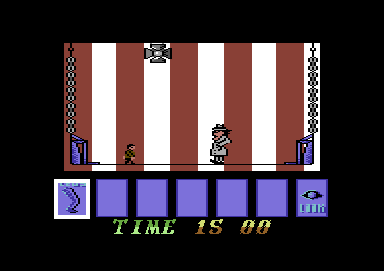 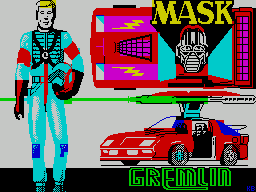 M.A.S.K. (1987)
Pretty sure I would not have cared anything about the gamplay of this game and would have immediately asked my parents to buy it had I owned a computer. Up until the last year or so, I had no idea this game existed let alone two sequels! M.A.S.K. II (1987) looked like the best of the three with the chance to play as different characters and vehicles. M.A.S.K. III: V.E.N.O.M. Strikes Back (1988) which featured an astronaut adventure doesn't appear to have any association with the franchise other than the name. 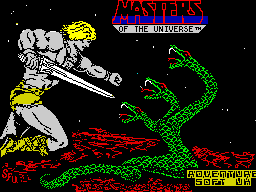 Masters of the Universe: The Arcade Game (1987)
Trust me from personal experience, I would've chose any MOTU game over The Power of He-Man game released on Atari 2600. Apparently the developers thought a crappy version of Defender with He-Man in a Windraider would be appealing. It wasn't to me. The Arcade Game looks and plays alot like The Legend of Zelda which would've been a no-brainer to play in my book. 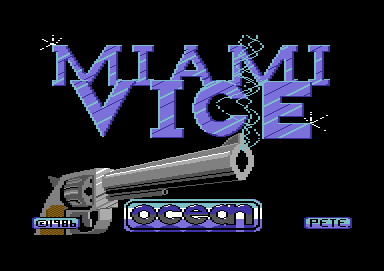 Miami Vice (1986)
Miami Vice had two licensed games released in the '80s. The first game featured a combination of driving the Ferrari and interaction with locals to subdue a drug ring. The second game released in 1989 featured several mini-games which included searching for drugs and driving a speedboat after the bad guys. As popular as Miami Vice was in the '80s, its a travesty none were ported to consoles. 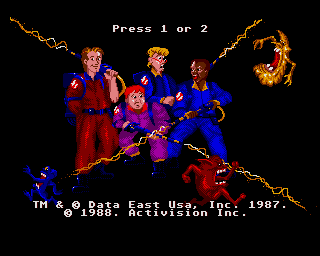 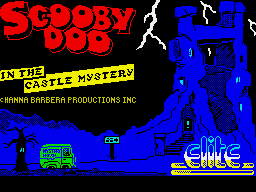 Scooby-Doo (1986)
Several games have been released over the years featuring Scooby-Doo and the gang, but this 1986 release was one of the first. Like the aforementioned Inspector Gadget game, Scooby must rescue his kidnapped friends by making his way through a castle with bats, skulls, and ghosts. 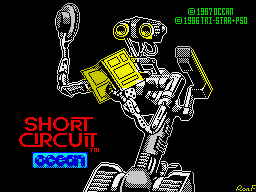 Short Circuit (1987)
Words can't express how much I loved the Short Circuit movie when it came out. I would have loved to take control of #5 in the 1987 computer game. It was split into two stages which included hunting objects and weapons in a building and then using those weapons to escape. 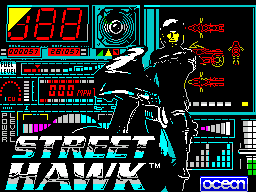 Street Hawk (1987)
I've expressed my love for the Street Hawk TV series many times. Playing the 1987 computer game would have been a priority had I owned a computer. The game featured a vigilante mission to take out street villains with the fast and laser-equipped motorcycle. 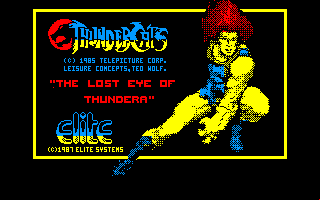 Thundercats (1988)
Yet another game that would've been an instant Christmas wish list entry had I owned a computer. The 1988 game was similar to a Ghosts N' Goblins style adventure. On the way to facing Mumm-Ra, you conquer different levels using Lion-O and the Sword of Omens. Different paths can be taken to defeat the game, so the gamer's experience could be different when played again. 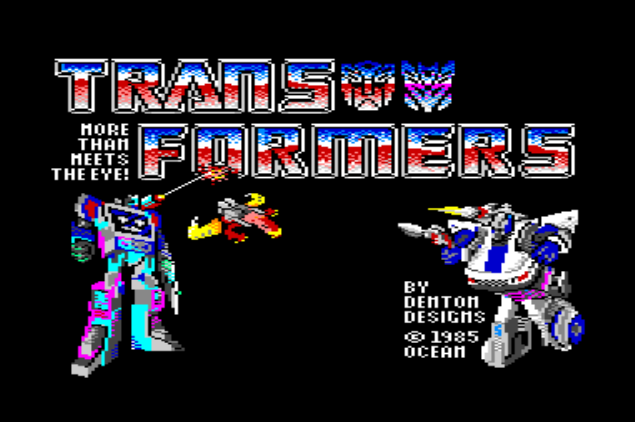 Transformers (1986)
How is it even possible that arguably the most popular franchise of the '80s didn't have a single game released to consoles??!! The Transformers game released in 1986 featured 5 Autobot characters of which could transform (and even fly in robot mode.) Several Decepticons appeared throughout the game which were the player's enemy and could not control or transform. Transformers: Battle to Save Earth was another game released the same year that was more of a strategy game featuring first person views of the characters in battle. 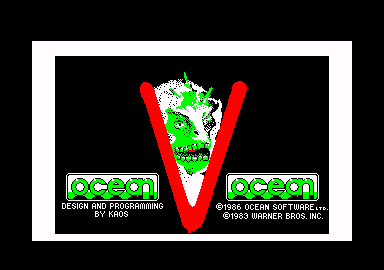 V (1986)
V was one of those TV events that surprisingly became a huge sci-fi phenomenon for a few years. The 1986 computer game featured a mission aboard the "visitors" ship to destroy it without being killed by the aliens or looming robots.

All images provided by mobygames.com
Newer
Older
Powered by