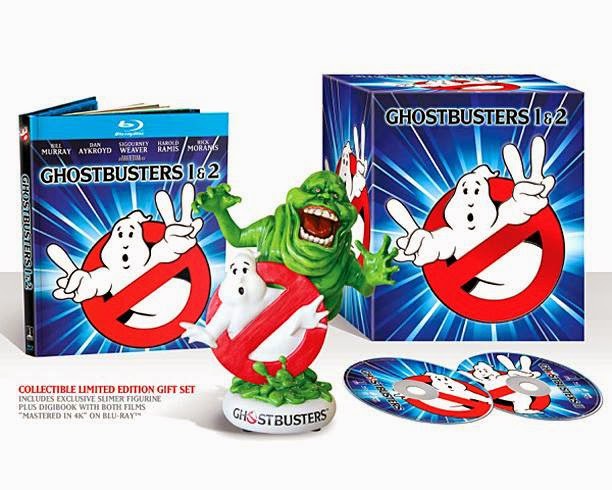 Who ya gonna call to celebrate 30 years of Ghostbusters?! The anniversary party continues with a recent announcement that 700 theaters will be showing a newly remastered version of the film this August and a new Blu-ray collection coming in September!

But before we get into the new details, let's recap what #GB30 has already offered up for us this year... 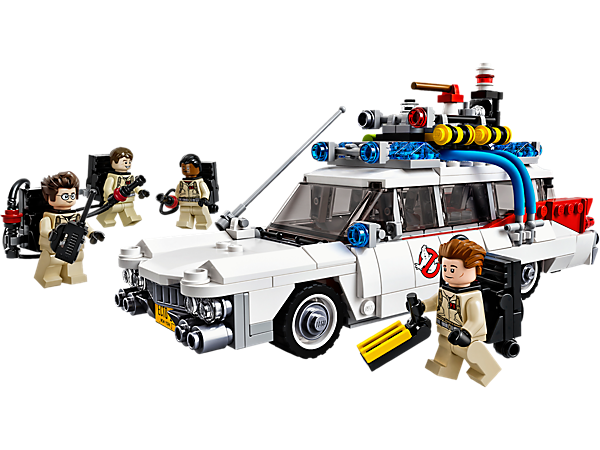 Longly anticipated and now available through LEGO's online store is the Ecto-1 set for $50. Includes four minifigs of the characters and ghostbusting equipment accessories. The box art looks awesome too! Click the pic above to order yours.

Back in April, I waited in line at my local record store for a chance to snag one of only two Ghostbusters records made available for Record Store Day. Fortunately I did, but if you weren't so lucky and don't want to break your piggybank on eBay, the official GB store has made copies available for just $17. Order your yours now by clicking the above image.

As reported right here on RD80s back in April, Gallery 1988 is hosting a traveling art show this year and it continues in the Chicago area June 20-22 and also at San Diego Comic Con. Visit the RD80s post to view some of the featured art or get all the details at the Ghostbusters30th.com website.

According to Variety, the mascot of Japan's public broadcasting station Domo will help celebrate Ghostbusters' 30th anniversary with the release of collectibles this fall. Reportedly included among the products are furry Domos in a variety of movie scenes with Slimer and the Stay Puft Marshmallow Man.

The official Ghostbusters website features a gallery of several new set photos from the original film on its homepage. 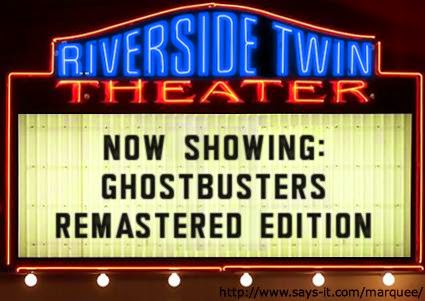 Entertainment Weekly announced just today that Sony will bring a remastered version of the film to 700 theaters across the U.S. on August 29, 2014. A list of participating theaters has not yet been released so stay tuned.

Variety also announced today that three new Blu-ray sets will be released on Sept 16, 2014. The 30th Anniversary Ghostbusters Blu-ray will come with new special features as well as legacy content. Ghostbusters II will get its first Blu-ray release with a 25th Anniversary edition featuring special features like "new conversations with director Ivan Reitman and Dan Aykroyd as well as deleted scenes." You'll also be able to snag both Blu-ray discs in a limited edition collectible gift set that will include the exclusive Slimer figurine show above.

This Saturday June 7 will be a worldwide Ghostbusters viewing party on Thunderclap. Fire up the movie at 3pm on the US East Coast and high noon on the West Coast and hang out on social media!

The official website is still promsing an upgrade for the 30th anniversary so be looking for that. Stay connected with more updates by signing up for the Sony Pictures newsletter and find more rad clothes and collectibles at the official Ghostbusters store.