8 Most Ridiculous Sports Illustrated TV Promotions In The '80s

Sports Illustrated had a knack for offering some cool freebies along with paid subscriptions in the '80s and early '90s. From phones to sports videos to wristwatches, SI always seemed to know just what your favorite sports fan wanted for Christmas. The magazine also had a knack for promoting said items with either colorful sports personalities or average fans getting to sample the gadgets first hand.

But were these offers really enough to make us dial that 1-800 number or were the promotions just so ridiculously good at selling stuff purchased in bulk? I'll leave that for you decide after I rundown my list of the most ridiculous SI TV promotions... 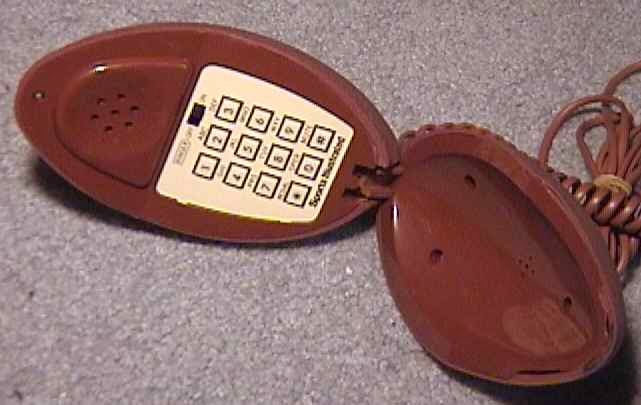 Free Football Phone
Now I remember a time when:

I remember thinking the football phone was pretty rad. If a sports fan had it in his/her office, you know it was a talking point with coworkers or clients. For kids or teens (like me at the time), it just wasn't practical because it had no chance of staying on the dresser or its resting place. Kids throw footballs. Kids throw phones shaped like footballs. Kids cut phone cords from phones shaped like footballs to play with them outside after becoming broken from incomplete passes landing on hard objects or surfaces.

Free "Not So Great Moments In Sports" Video
How ironic is this promotion. Yes, that's John Slattery from the TV show "Mad Men" pitching an exciting sports blooper video that is not available in any rental store. With the help of the clerk, he realizes this amazing video is free with your paid SI subscription. Was there really a shortage of sports blooper videos in 1988 that men would drive all over the city in the rain looking for them? I think not. It seemed like in Marv Albert had his own vending machines with blooper video cassettes at one point in the '80s.

Free Quartz Digital Watch
A free watch and college preview issue would probably not be enough for me to pull the trigger on a subscription in 1983. Yeah, digital watches were definitely on their way up the status ladder including those calculator watches that Marty McFly eventually wore a couple years later. But I never remember a time when Quartz watches were the Tag Hauer of their time. Haven't those things been at ever K Mart checkout line since the dawn of the blue light special?

Subscribe Or Lyle Alzado Will Hurt You
Lyle Alzado was the tough guy defensive end that would smile ear-to-ear while he beat your favorite quarterback to a pulp. Kids feared him after watching this 1986 commercial and then seeing him as the bully construction worker in Ernest Goes To Camp the following year. It wouldn't be surprising if SI was at the top of every kid's Santa list after those circumstances. And if I was their dad back then, I wouldn't have cared after being off the hook for that U.S.S. FLAGG they crossed off the list!

Free Sneaker Phone
Those SI pranksters! They did everything but get Ed McMahon and Dick Clark to host this commercial. My first thought when I remembered this promotion...Maxwell Smart. The shoe phone! You know every Get Smart fan ordered it. But it was still a corded phone so you know most people were like "Yeah, if I can't wear it and talk then I'll pass." The practical joke setup in the TV commercial probably added to the novelty, but I'm pretty sure there were a few wives who put the sneaker phone on and kicked their husband in the backside when the swimsuit issue showed up in the mailbox.

Free Football Follies Videocassette On VHS Or Beta
The fence sitters at SI played their cards right on this promotion by offering sports bloopers to both home video crowds. And who better to pitch this subscription prescription than Dr. Joel Fleischman from Northern Exposure...uh, while he was apparently still in med school.

Listen To Linebacker Extraordinaire Dick Butkus
Fresh off his premiere acting gigs on the Blue Thunder TV series and Hamburger...The Motion Picture, the NFL Hall of Famer uses his softer side to appeal to sports fans' wallets. This "teddy bear with muscles" gives us his best Robin Leach to show the rich content of America's premiere sports magazine. The pitch must have worked because the Right Guard marketers adapted the same civilization of tough sports figures in their famous Sports Stick TV ads in the early '90s.

Free 1980 Year In Sports Magazine
So 1980 was a pretty great year in sports history, especially if you are a Laker fan like me, but you could see the writing on the wall that led to the forthcoming free novelty items. The problem I see was the heavy pitch of this extra Year In Sports issue as "destined to become a collector's item." Why? Because you are giving them away to your "16 million" proclaimed subscribers? The only thing this magazine was destined for was perhaps a time travel movie.

Do you remember any other over-the-top SI promotions?