Airwolf at 30: The Pilot Episode 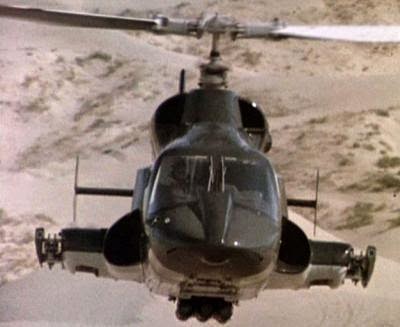 Alongside many other '80s TV action series, Airwolf can be identified as one of the great ones. 2014 marks the 30th anniversary of the show featuring a state-of-the-art military helicopter and we will pay tribute through a few Airwolf At 30 articles. Let's start this series by rediscovering the pilot episode of the show and the origin of our admiration for Airwolf. 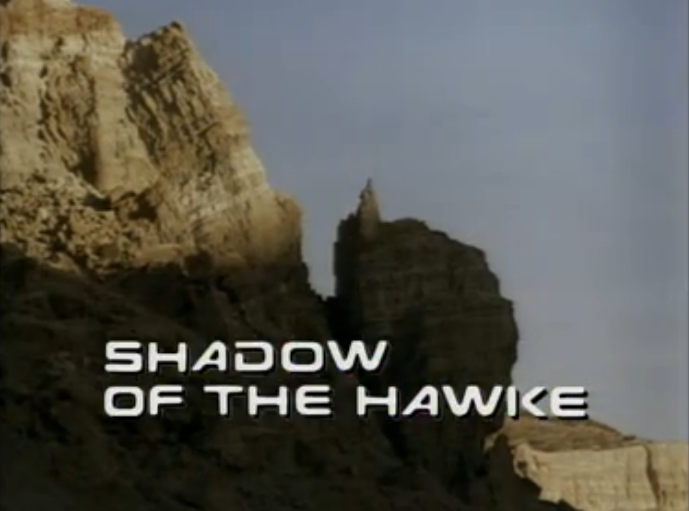 “The Lady” introduced herself on January 22, 1984 in a two-part pilot episode entitled "Shadow of the Hawke." Airwolf, a high-tech prototype helicopter, is intended to be sold to the U. S. government for the original pricetag of "$5 billion , give or take a few cents.” However, directly after a successful flight test, her pilot destroys the research facility and seeks asylum in Libya.

The premise of Airwolf's origin is an interesting struggle amongst a corrupt engineer, a defense contracting agency, and a lone test pilot. The corrupt engineer Dr. Charles Henry Moffett designed and built Airwolf with the financial aid of a defense contracting agency known as “The Firm.” With Airwolf stolen, The Firm has nowhere else to go except to revert back to a very skilled, though reclusively quiet, former test pilot named Stringfellow Hawke. This 34 year old Vietnam veteran has kept to himself, along with his blue-tick hound Tet, in a secluded lakeside cabin wherein he reads books, admires his grandfather’s art collection, and serenades a bald eagle with his cello. 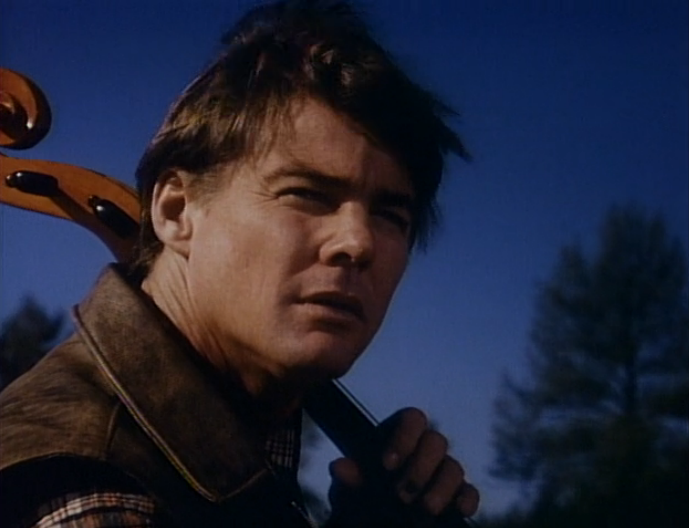 Stringfellow’s relationship with The Firm was not limited to being a former test pilot of Airwolf. During the Vietnam conflict, he and his brother St. John Hawke were both assigned as helicopter pilots. Stringfellow was picked up and returned back to the U. S. while St. John never returned home. Though negligible, The Firm was connected to the incident and Stringfellow has sought after his long lost brother ever since.
The Firm offers Hawke $1 million, half up front and half upon delivery, for the return of Airwolf. But instead of accepting the offer, he requests that his brother be returned (living or his remains) from Vietnam. The Firm agrees and Hawke sets off for Libya with the help of his friend and father figure Dominic Santini. After a great siege and display of warfare, Airwolf is retrieved and returned to the United States. However, Hawke makes his own arrangements. 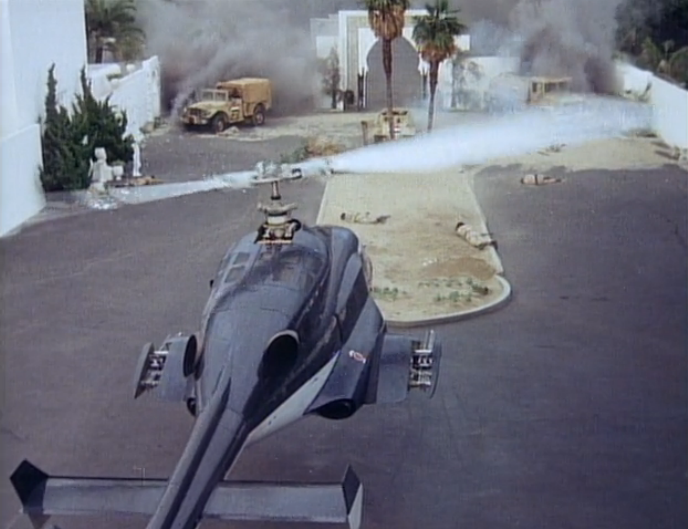 Airwolf is hidden in a hollowed out cavern in the Valley of the Gods where only he and Santini know the whereabouts. Hawke insists that Airwolf will remain hidden and under his control until St. John is found. Therein, the Airwolf series is setup with episodes featuring missions with great action, awesome pyrotechnics, tremendous aerial acrobatics, and one kickin’ helicopter...sometimes more.

We invite you to rediscover the two-part pilot episode on Hulu below or add to your Netflix queue and watch later.