Game Review: The Best, The Beautiful, The Only, Ghostbusters Pinball App 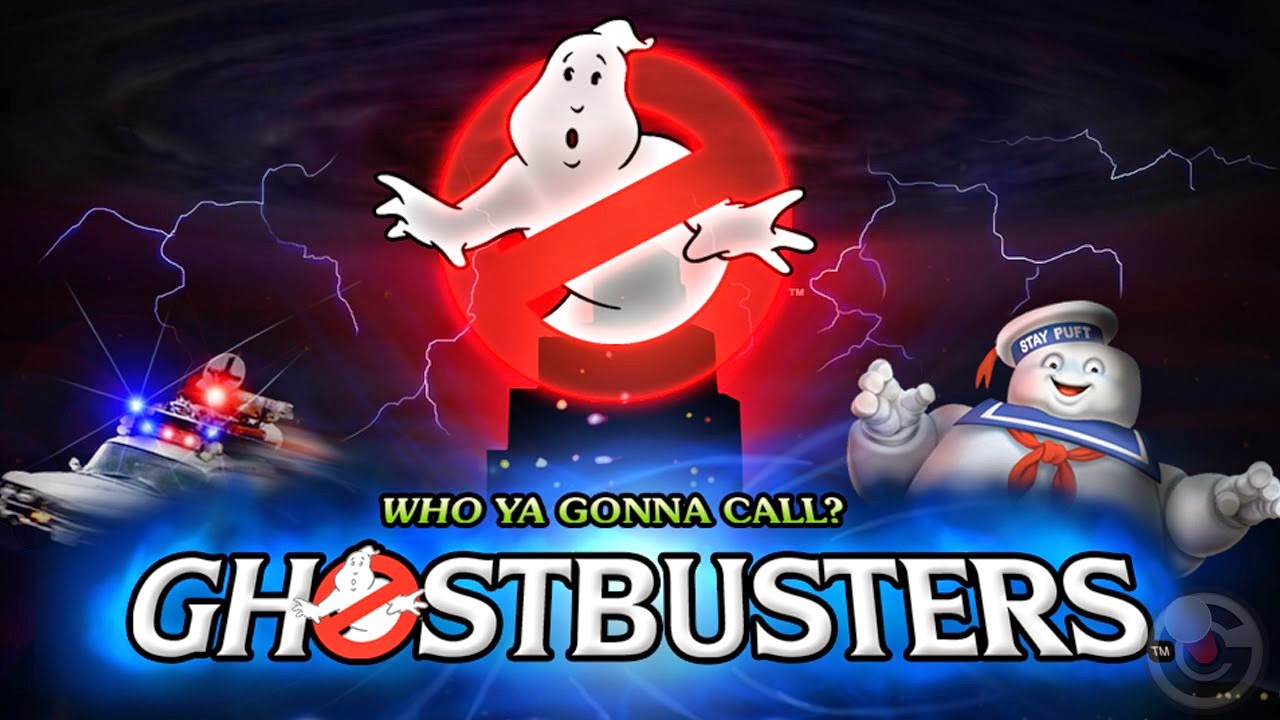 Just when I thought the 30th anniversary couldn't get any better...Ghostbusters found another way to hose me again with positively-charged slime. Thanks to a suggestion made by the Google Play store, I came across the new Ghostbusters Pinball app that was released about two weeks ago. My expectations were definitely high as a fan and pinball machine lover. For someone who normally doesn't shell out money for apps, I've been known to do so in the past for great themed pinball and was prepared to do so for this game. However, I was pleasantly surprised to find that Ghostbusters Pinball was a free download!

Going in, I was mainly looking for some great sounds during gameplay like the theme, sound effects, and possibly sound bytes from the movie. My initial startup was a little disappointing in that I had to create a Pinball Arcade account all while hearing some boring rock track in the background. Once I signed up and came to the main title screen, the Ghostbusters theme was there waiting for me. However, another disappointment was the token system to play the game. You begin with 10 free tokens and a set of goals. Once you achieve those goals, you can regenerate coins at the slow pace on one every 6 hours (if you have the Pinball Arcade app, the regen time is cut in half.) You can buy more tokens within the game at $.99 for 10 or $1.99 for a 24-hour unlimited pass. I've also learned that the table can be purchased in a pack for $4.99 in the Pinball Arcade app. So, the table is essentially free but comes with a price. With the cost now known, you might ask "is it worth spending the money?" and I would emphatically say "Yes!" 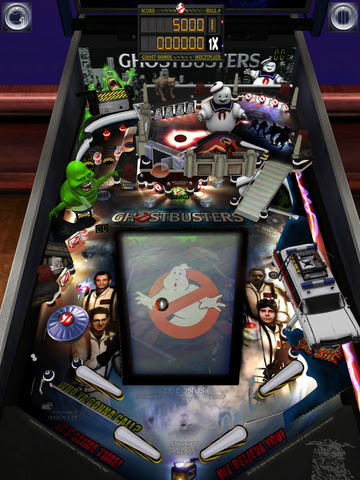 This pinball experience is definitely the best I've played on my tablet. Now granted I'm not the most frequent player, but not since the Star Wars Pinball release have I been this impressed. When I play pinball, I love multi-level tables and this has three. The main level has several familiar sites including Ecto-1 with it's bright blue lights and a big green Slimer which controls the multi-ball featuring the song "Cleaning Up The Town." Almost every nook and crevice greets you with sound bytes from both Ghostbusters and Ghostbusters II.

From the main level, you can access the roof in two different places for multiplier bonuses. A large Stay Puft target stares you down as you control two flippers that are reversed from normal left-right play. Using manholes on the roof or the main level can drop the ball down into the subway level. The table leans toward the scoreboard in this level with sites and sounds from the subway scene in Ghostbusters II featuring Ray, Egon, and "Wiiiiiin-stooooon." Check out the official Pinball Arcade gameplay video to get a better idea of the experience...

More great touches to the table include the proton stream ball launcher and the ability to customize your ball (I chose slime green.) The instructions and walk-thru menu are very easy to follow and understand how to achieve those high scores and, more importantly, the five wizard goals. I'm still not sure exactly what all happens after achieving the goals other than unlocking the tilt feature. I'm hopeful the token regen might be affected, but I'll have to report back at a later time to inform everyone.

If you're a Ghostbusters fan and a touch gamer, I'd highly recommend giving Ghostbusters Pinball a try. For someone like me who has been celebrating the 30th anniversary practically all year, this game is just another way to fan the flame as 2014 comes to a close. Get the app now as a free download in iTunes and Google Play.