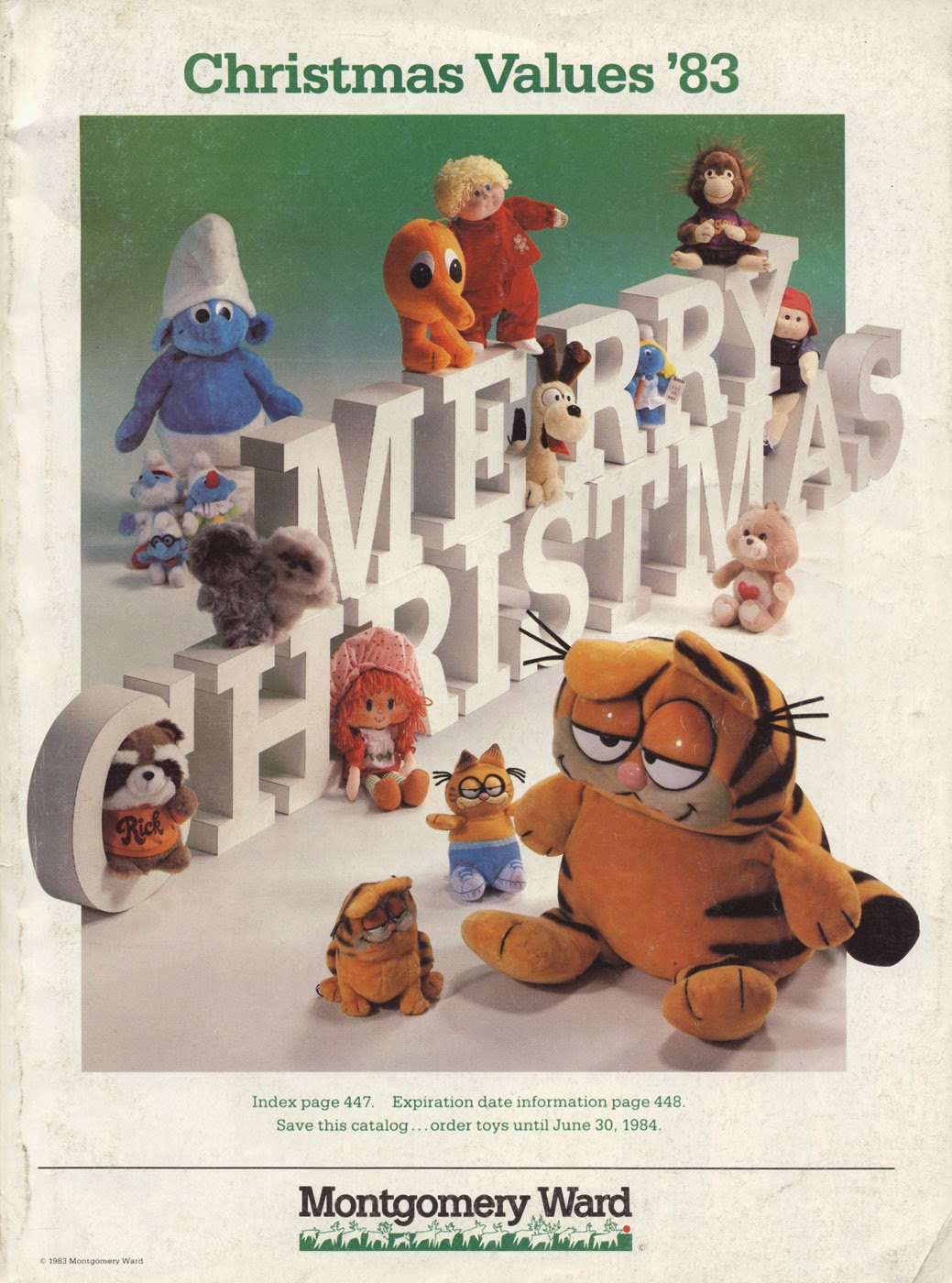 The Sears Christmas Wish Book catalog and others were the Amazon of its day. They were the go-to guides to find gift ideas for all ages. You could order presents for the whole family out of the comfort of your own home and have them shipped to your local Sears store to pickup in time for Christmas.

For kids, it was the official playbook of Christmas. When you realized Christmas catalogs were in your family's possession, everything else became white noise. You knew it was list-making time. Typically, it was straight to the toys section of the catalog to earmark your favorites. After carefully studying the whole toy section page-by-page for days, you would finally get to other sections like electronics, sports gear, or the front section that sometimes showcased toys not in the back of the book.

Being a child of the '80s, I'm reminded each year of Christmas catalogs and what it was like to thumb through the catalog. Last year I decided to start a new RD80s tradition on Christmas Eve and take myself on a shopping spree through a Christmas catalog. With my life savings of $500 in hand, I snagged so many great items and even had $11 left over. I've decided to dive into another catalog this year and take a shopping spree in the 1983 Montgomery Ward Christmas Catalog!

Thanks to Wishbook Web, I'm ready to flip through 530 pages and spend $500 on the perfect retro Christmas! 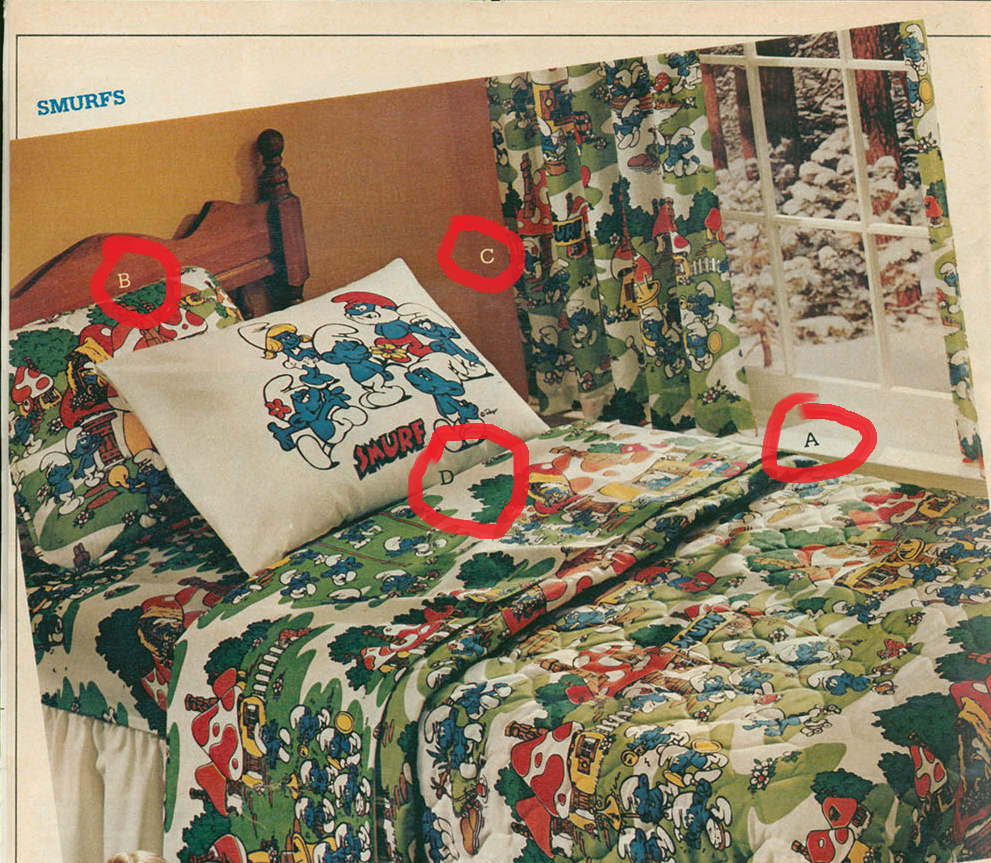 1983 meant Smurfs in full steam and I would've been a passenger on that train. I vaguely remember having the sheets and definitely the pillow case so I've decided to buy the whole bedroom set on page 4. How big were the Smurfs in '83? Enough to fill up the first 9 pages of the catalog!!

Q*Bert Game Watch and Board Game for $35 total 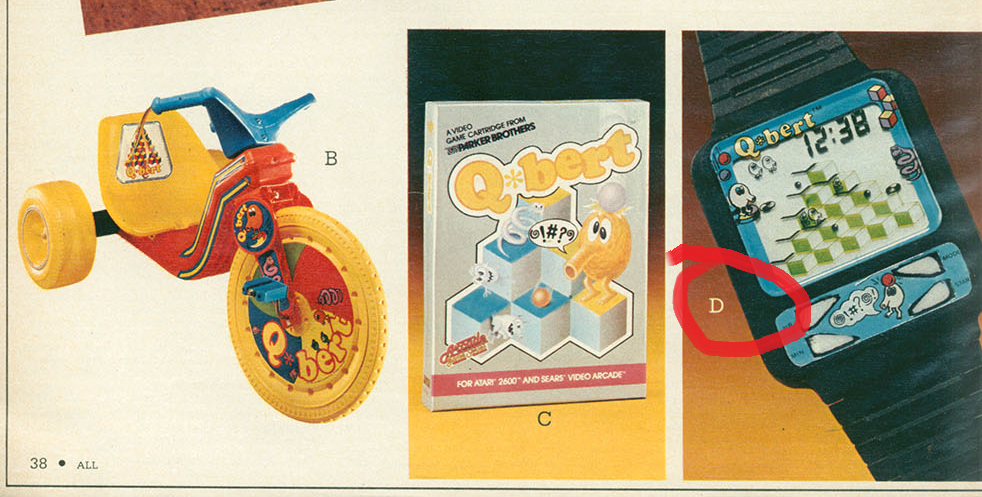 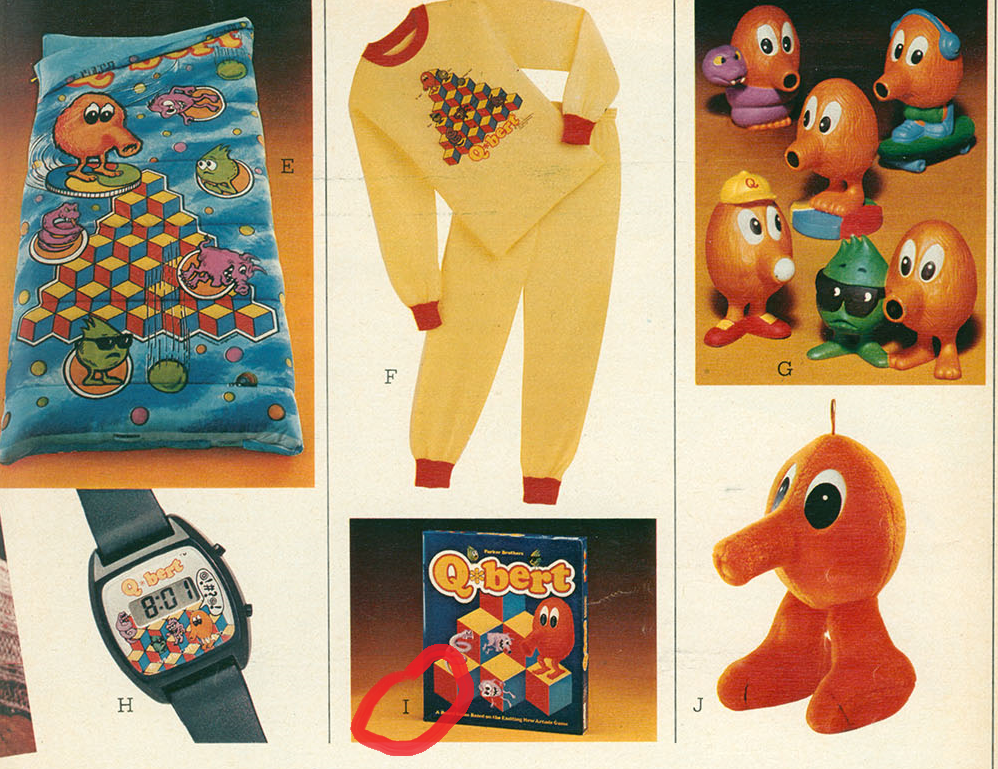 I was in love with Q*Bert from the first time I met him. The arcade game was one of my favorites and I enjoyed watching the cartoon on Saturday Supercade. At 7 years old, I might have been too old to enjoy the big wheel, but I figure it would've been a great "time" for my first watch. I remember having a Pac-man watch that was similar but given the choice I would've taken Q*Bert one on page 38. I also enjoyed board games so I'll also take the Q*Bert board game on page 39. 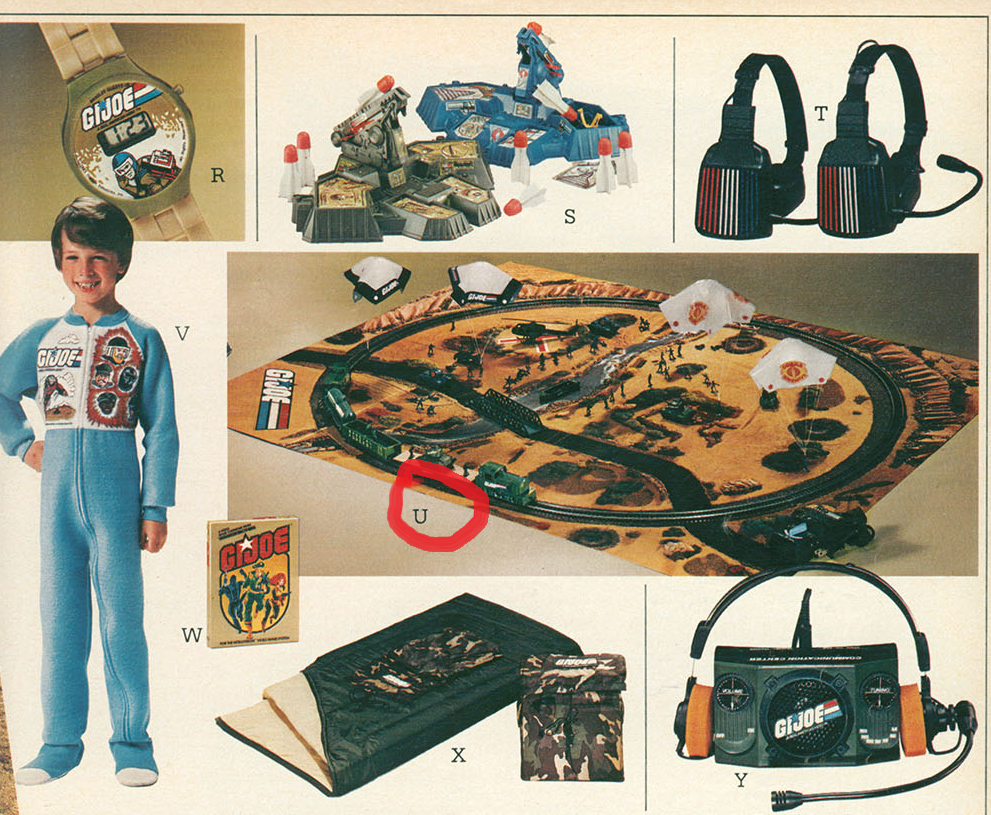 G.I. Joe was defintiely on my radar at this age as one of my most prized Christmas presents of all time is a Sky Striker that I still have. I also remember playing with a good deal of green army men and also wanting a nice train set. So, I think the electric train and battle set on page 43 would've been on my wish list. 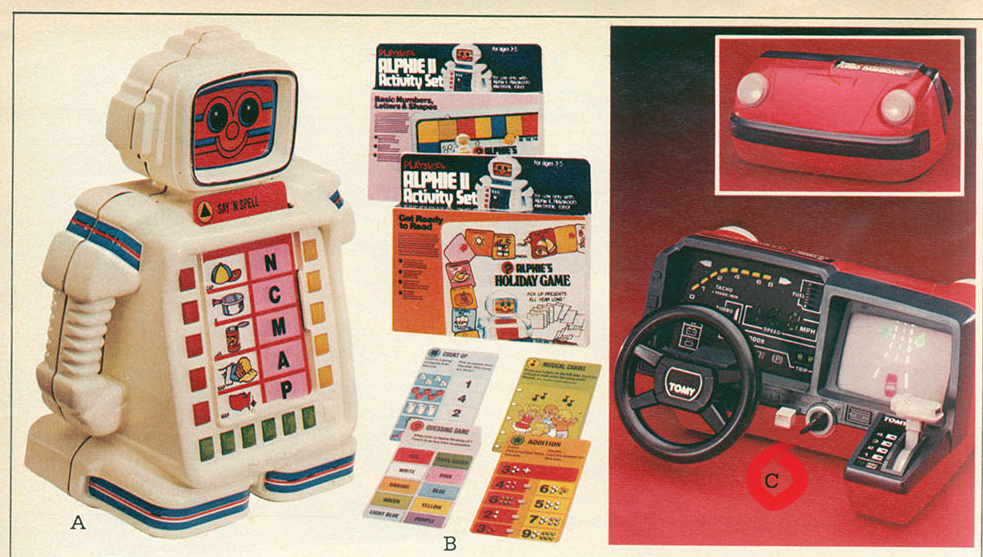 I remember playing with the Turnin' Turbo Dashboard on page 70 as a kid, but I never owned one. The game itself wasn't anything really impressive, but the fact that you were behind the dash of a Porsche was the draw. Steering wheel control, a shifter, and a key starter was enough for any boy to add to his wish list. 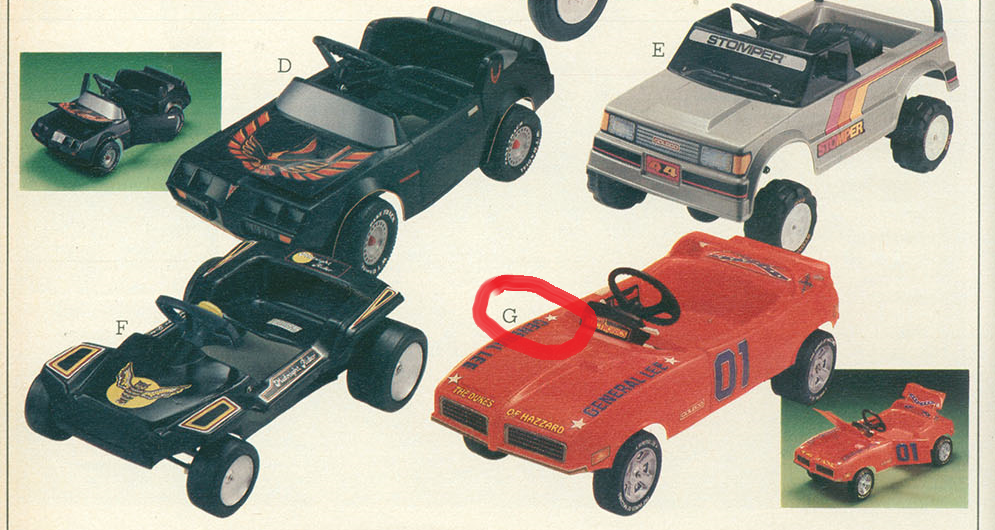 I was lucky to have an unfinished full basement when I was a kid. That meant for pedal car delight! I had a John Deere Tractor and a 3-wheeler that the neighbor kid and I would do laps for hours in. It's time for an upgrade with the one-and-only General Lee on page 114. 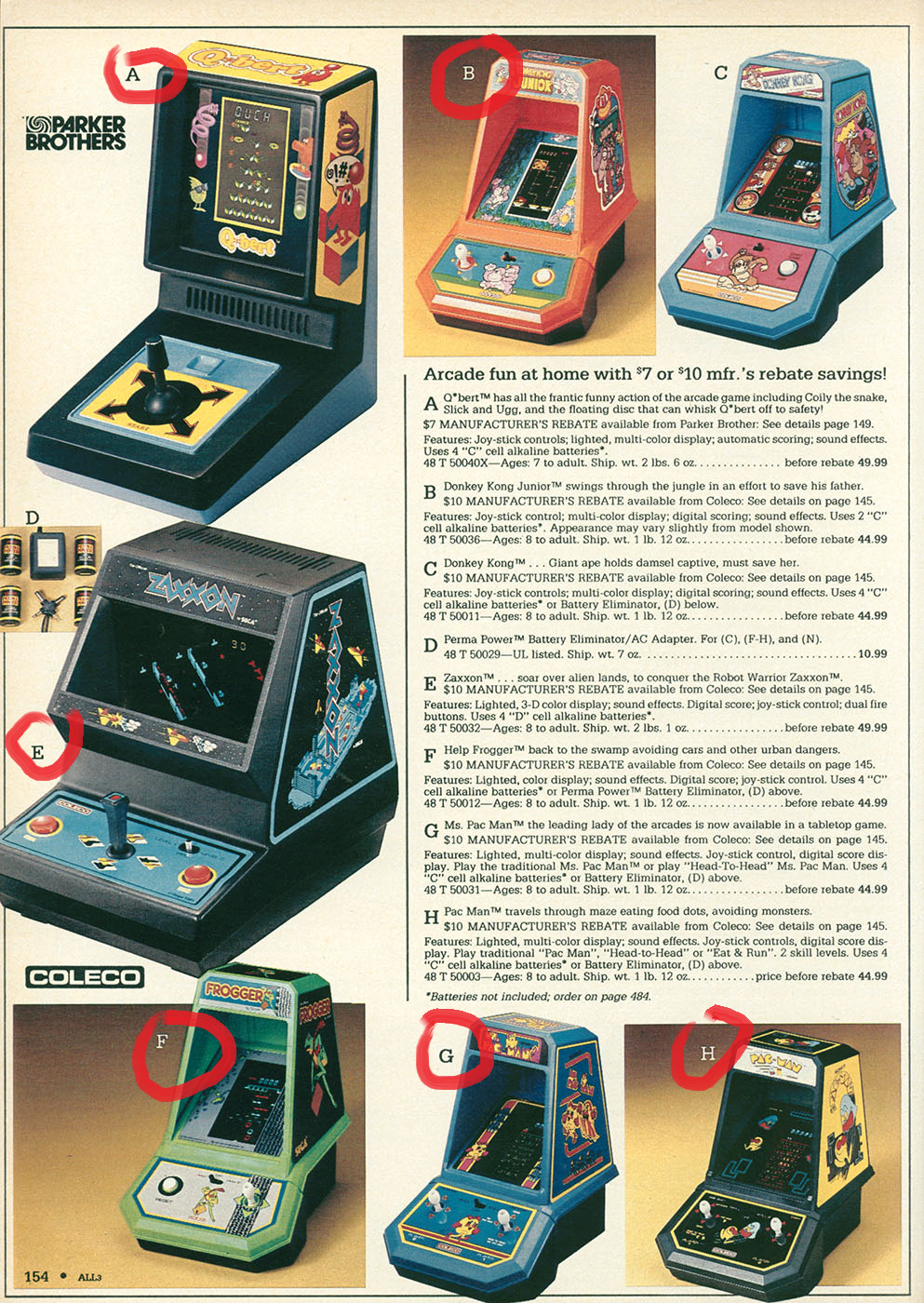 As a kid, I had the Donkey Kong tabletop video game and a good friend had Pac-man. Many good memories were made playing those side-by-side and then switching games. If I would've had my way, all of the Coleco and Parker Brothers games would've been in my collection. So I'm buying all but the Donkey Kong which I remember owning on page 156.

Well, my spree had come to an end at $501. Hopefully I can bum a dollar off a friend since I went over my $500 budget. But with the haul I just took in though, I think I could've enticed just about anyone!

Check out my other annual Christmas shopping sprees on RD80s.