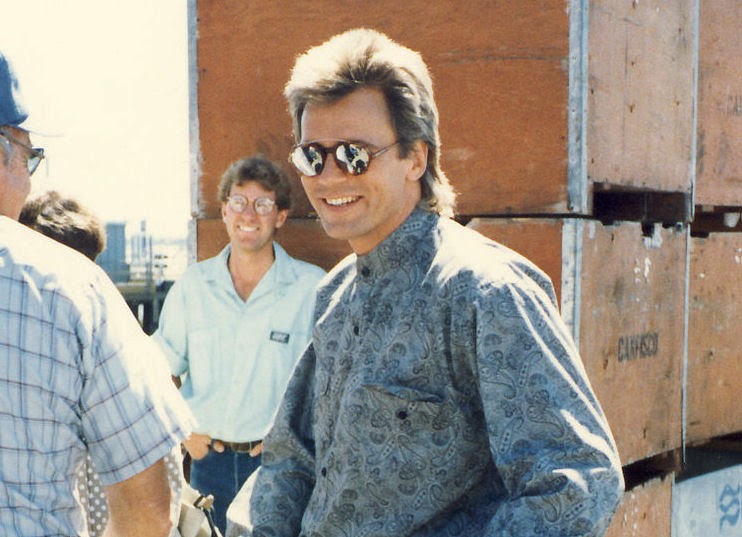 If 'Ghostbusters' can do it, why not MacGyver? That's right! According to TheNextMacGyver.com, the creator of the hit series is looking for ideas from fans to reboot the show! Through April 17, 2015, fans can send in their idea to bring back TV's most famous engineer but with one twist...a female lead!
Together with the National Academy of Engineering, The USC Viterbi School of Engineering, and the MacGyver Foundation, show creator Lee Zlotoff will be accepting pitches from the fans. Five winners will be chosen to pair up with accomplished Hollywood producers to develop a TV pilot script. In addition, the top five winners will each receive $5,000 awards and also be paired directly with an accomplished engineering mentor, depending on the topic areas of their stories. The competition’s top 12 finalists will compete at a capstone event in summer 2015 (date and location TBD) and receive up to $1,500 in hotel and airfare reimbursement.

Need a little inspiration for the next Angus (no wonder he went by his last name)...err...Angie MacGyver? Here's a personal message from the show's creator...
Visit TheNextMacGyver.com for all the details on the contest and to enter your idea before the April 17, 2015 deadline. Must be 18 years old and not previously sold or optioned any film screenplay to any entity or individual for an amount greater than $50,000.

I actually have an idea myself that I won't divulge until after I officially enter. I will say though that it incorporates MacGyver with elements of another TV series from the '80s. I don't watch much network TV nowadays so I'm drawing a blank for a good actress to play the role. Who would you choose to reboot a MacGyver type character?