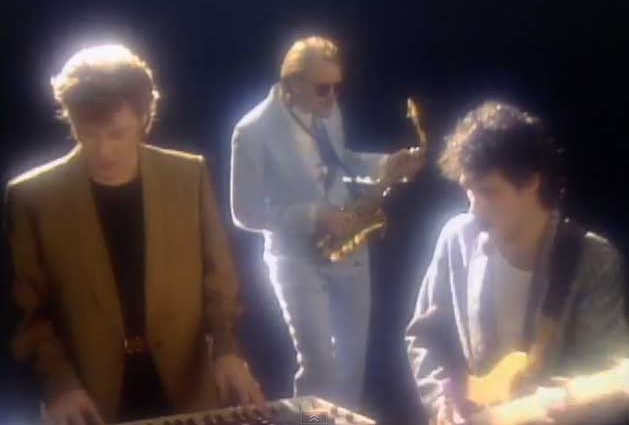 Time once again to explore '80s music and how it's been remade over the years. For today's article, it's 1981 and the American duo Hall & Oates have just scored their third #1 single with the title track "Private Eyes" from their new album. But it was next single that perhaps became Daryl & John's biggest chart success and is still paying dividends for them to this day.


"I Can't Go For That (No Can Do)" put the duo back on top of the US Billboard charts for a third time in less than a calendar year. The single would be their fourth #1 hit overall and transcend genres by also peaking at #1 on the R&B and Dance charts. Hall & Oates even performed the song on Soul Train, a cross-cultural achievement that few white artists had been able to do at the time.

But the legacy of "I Can't Go For That (No Can Do)" is in fact much greater that even Hall & Oates could've imagined when they recorded it 34 years ago. If imitation truly is the sincerest form of flattery, then it's possible this song is the most genuine, heartfelt track ever produced. According to Who Sampled, the song had been covered or sampled a total of 42 times! One that isn't included in that total is Michael Jackson who admitted to Daryl Hall at the recording of "We Are The World" that he stole the bass line for his hit "Billie Jean."

But more than just the bass line has been used over the years by artists from many genres and languages. Here is a "sampling" of tracks featuring elements of "I Can't Go For That (No Can Do)" over the last three decades...

Simply Red "Sunrise" (2007) - This song is the primary reason behind writing this article. For some reason, I've heard it on a local radio station twice in the past week. I usually don't care for modern tracks that sample my beloved 80s tunes but I really like Simply Red and found the song more than tolerable. For not hearing it before this week, I was surprised to find that the track is certified gold in Canada peaking at #3 and was top ten in the UK and the US Adult Contemporary chart.

De La Soul "Say No Go" (1989) - De La Soul's debut 3 Feet High and Rising achieved critical and cultural success that brought hip hop to the forefront of mainstream in the early 90s. "Say No Go" failed to follow the pop chart success of "Me Myself and I" but was a top 20 hit on the US rap and club charts and in the UK.

Heavy D "I'll Do Anything" (1997) - The late Heavy D lifted the bass line and other elements in this track from his Waterbed Hev album. It was released as a single but failed to chart despite the track "Big Daddy" being certified gold and reaching #18 on the US pop chart.

Stereo MCs "Traffic" (2001) - Stereo MCs brought the famous bass line into their electronic/hip hop style music on their Deep Down & Dirty album. Released nine years after their initial success, the album (and track) failed to "connect" outside of their native UK.

2 Live Crew "Can't Go For That" (1988) - Before they became as "nasty as they wanna be", Miami rappers 2 Live Crew sampled the Hall & Oates hit as the B side for their single "Do Wah Diddy." The track went relatively unnoticed as the headline single peaked only at #62 on the R&B chart.

Brian McKnight "I Can't Go For That (No Can Do")" (1991) - R&B artist Brian McKnight covered the track on his self-titled debut album in 1991. Although it never was released as a single, the track helped his album achieve platinum status.

"I Can't Go For That (No Can Do)" might be one of the most sampled and covered songs of all time. It has crossed language barriers by Italian artist Ron and Czech artist Jiri Korn (both in 1983) and African world artist Les Go in 2003. If you want to investigate further, visit Who Sampled for a complete rundown of artists who have paid royalties to Hall & Oates which also includes Public Enemy and Donnie Osmond.
Newer
Older
Powered by