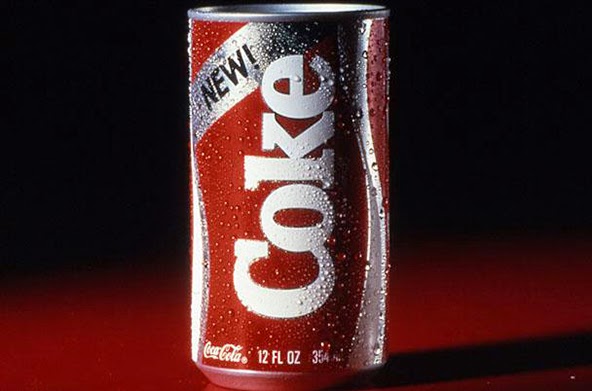 It's been 30 years since Coke changed its formula and created the marketing disaster known as "New Coke." Now according to Deadline, screenwriters Paul Wernick and Rhett Reese, known for films like Zombieland, G.I. Joe: Retaliation, and Deadpool, will be producing a movie detailing the events surrounding Coca-Cola's decision to make the fateful formula change.

In case you need a refresher, here is some of the propaganda that Coke used to market its new product...

The pleas of Bill Cosby, Max Headroom, and New Edition had no influence on the public's outrage over the new Coca-Cola formula. The threat of the "Pepsi Challenge" caused execs to panic and this new film will showcase the events of the most famous marketing nightmare in the '80s.

The Deadline report states that the film will be a "period piece set in the vibrant ’80s" which sounds awesome. It will be an adaptation of the book The Real Coke, The Real Story by Thomas Oliver who was a reporter for the Atlanta Journal Constitution during the transition to the new formula (Coke is headquartered in Atlanta.) Also note that the writer/producer team is using their own money to fund the project so it sounds they are passionate to make this film. No details on a release date or distributor were made known in the exclusive Deadline report.

I'm thinking a streaming service like Netflix will be used for the release of the film. I haven't read the book, but you know I'm on board with just about any period film or TV show set in the '80s.