The Strong National Museum of Play, home to over 55,000 video games, electronic games, and other electronic game-related historical materials, has announced its 15 finalists for the first induction of the World Video Game Hall of Fame. The class includes a few modern games, but rightly identifies with the classics we grew up with decades ago.

The earliest games nominated date back to the '70s which includes Pong, The Oregon Trail, and Space Invaders. Nominees from the '80s include Pac-man, Super Mario Brothers, The Legend of Zelda, and Tetris. From the '90s, nominees include Sonic the Hedgehog, Doom, Pokemon, and FIFA Soccer. Modern games like Angry Birds, World of Warcraft, The Sims, and Minecraft round out the nominees.

You can vote for your favorite at the official 2015 Finalist Poll and see which game is in the lead. The induction ceremony is scheduled for June 4, 2015. I haven't been able to find how many games will be chosen or if the winner of the Finalist Poll gets an automatic bid. However the website does state that "final selections will be made on the advice of journalists, scholars, and other individuals familiar with the history of video games and their role in society." 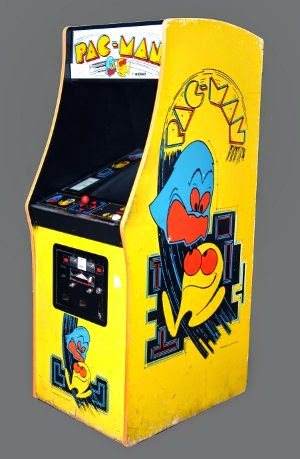 My vote went for Pac-man which I believe has the longest legacy of any of the nominees. "Pac-man Fever" circled the world in the early '80s and is still embedded into our society with the "Pac-man and the Ghostly Adventures" franchise. From the arcade to home consoles to handheld to merchandise, no other video game compares.

Who are you voting for?