That Time When Mario Rode Excitebike 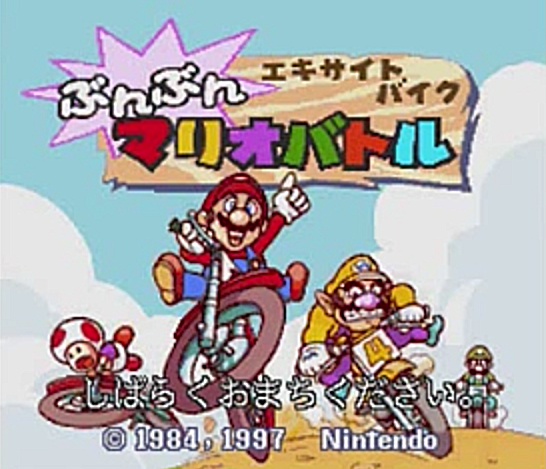 That's right, there was a time when Mario and Excitebike were mashed up into one great game. Unfortunately for those of us who didn't grow up in Japan, we never got to experience it. Just a few years after Mario Kart was introduced to the Super Nintendo System, Mario took to the motocross track in 1997 as Excitebike: Bun Bun Mario Battle Stadium was released to Super Famicom. 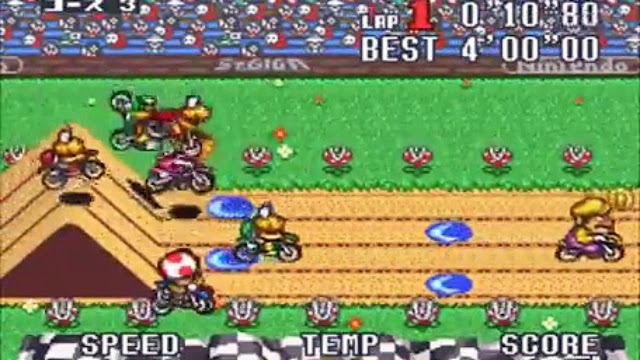 13 years earlier in 1984, Excitebike became one of the most popular arcade games and then the following year on NES. It's legacy has endured with Excitebike being included as one of the 16 games on the NES Remix for Wii U, being ranked the 28th best NES game of all-time by GamesRadar, and the Excitebike rider making a cameo appearance in the Super Smash Bros game. But it wasn't until today that I discovered its history included a time when our pal Mario and his gang took over driving responsibilities.

Excitebike: Mario Battle Stadium replaced the accustomed human riders with Mario, Luigi, Princess Peach, Toad, Yoshi, Wario, and Koopas. Gameplay was similar to the original Excitebike including the ability to make custom tracks. The only exceptions was a "super" mode in which the player had unlimited turbo and the addition of coins that increased top speed.

I think most Western gamers would've loved to play Excitebike: Mario Battle Stadium on SNES, but for whatever reason it was kept in Japan. Thanks to Mario Wiki for the info and pics. Also check out the OST on YouTube.
Newer
Older
Powered by