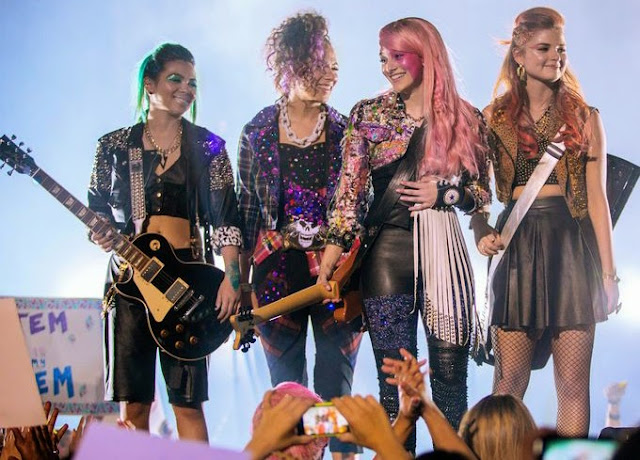 USA Today has released new set photos from the Jem and the Holograms movie scheduled to be release October 23, 2015. Many throwbacks are expected to be in the movie including "Brat Pack" actress Molly Ringwald who plays Mrs. Bailey, the caretaker of the Starlight House foster home. New stills have now given our first look at Ringwald and Aubrey Peoples (who plays Jem) in the new movie. 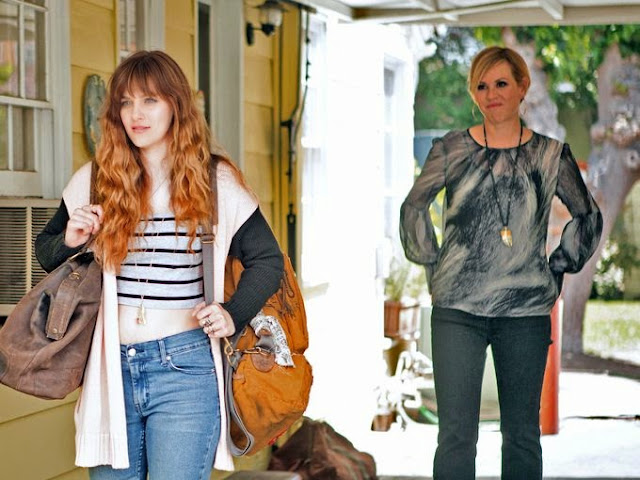 Several more photos have been released and the following plot synopsis:

As a small-town girl catapults from underground video sensation to global superstar, she and her three sisters begin a one-in-a-million journey of discovering that some talents are too special to keep hidden. In Universal Pictures’ JEM AND THE HOLOGRAMS, four aspiring musicians will take the world by storm when they see that the key to creating your own destiny lies in finding your own voice. 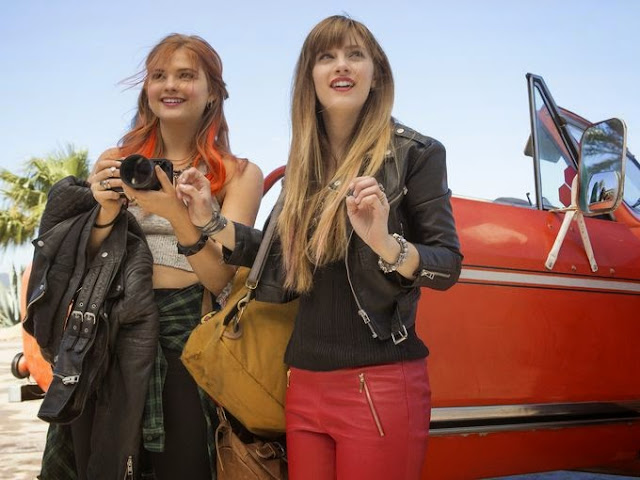 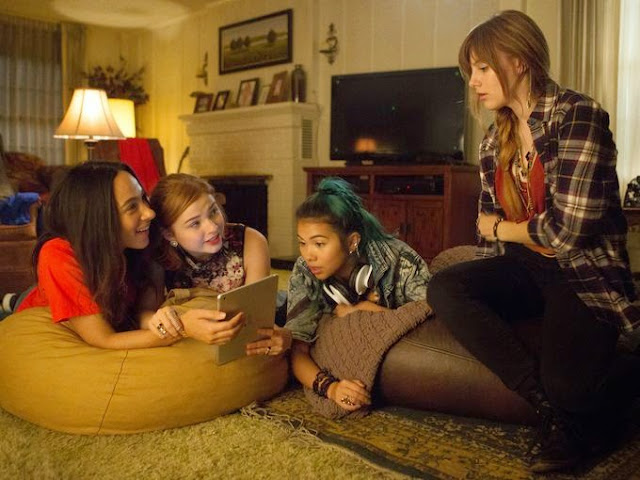 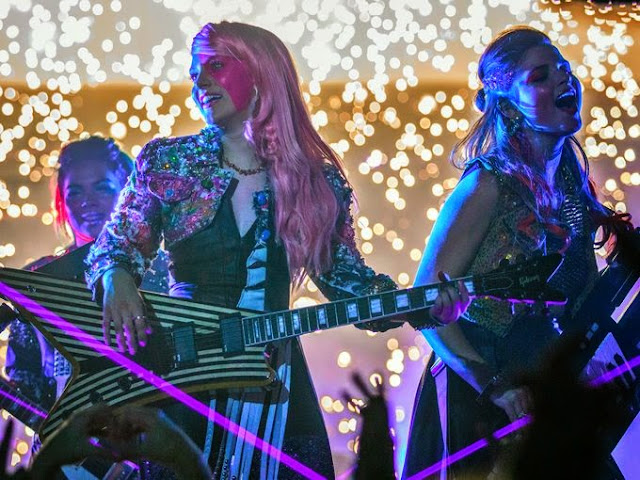 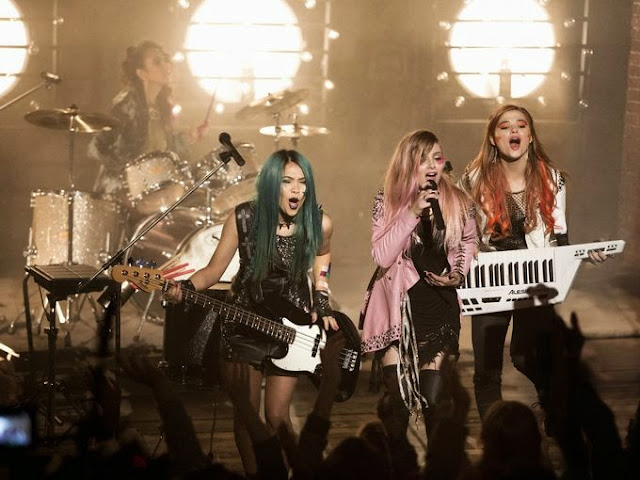 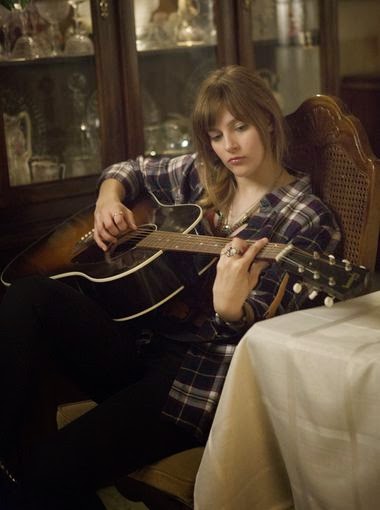 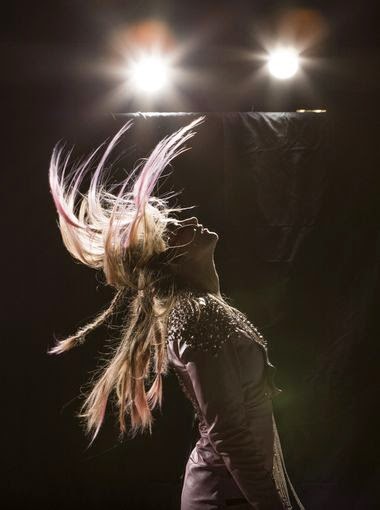 Who we've yet to see is Juliette Lewis as the main antagonist Erica Redmond, the Starlight Records executive who "(tempts) you with everything you really do want and need deep down somewhere in your dark place," says director John Chu. Other elements of the original animated series have yet to be confirmed including Jerrica's transforming earrings and the hologram computer Synergy. The full cast has not been posted to IMDB and a couple actors listed do not have roles posted so don't freak out yet Jem fans!

Will you be seeing the movie in theaters this October? Do you think the movie will remain faithful to the cartoon or be similar in name only?