Classic Board Games We Played In The '80s

Posted atMay 12, 2015Posted by:RD80s StaffLabels#Battleship, #board games, #Connect Four, #Monopoly, #Operation, #Pop Culture, #The Game Of Life, #Trivial Pursuit, #Wheel of Fortune
Share
Back in a time when every second child didn’t own an iPhone, iPad or computer (or spend hours upon hours in front of the TV playing video games), board games were one of the most popular forms of entertainment for adults and children alike. Board games not only taught children and young adults about strategy and deductive reasoning early on in life, but they also brought families and friends together with guaranteed fun throughout the day (and sometimes night) for all involved.
Children and young adults valued their board games and constantly put them to good use when friends came over or when siblings challenged them to a game or two after dinner. The amount of board games you owned was often the determining factor in how much fun your home was considered to be. Classic board games were kept and treasured for years, even when their boxes started tearing and becoming a little worse for wear.

There were many board games that originated in the '80s, but also several classics that remained popular throughout the decade. Let’s explore these classic board games of the '80s and take a look at their legacy. 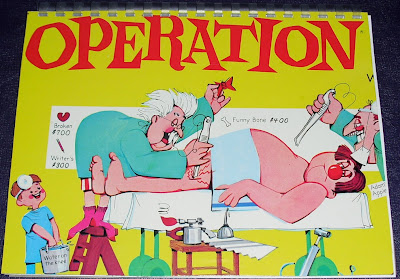 Operation
Operation was my family’s personal favorite – possibly due to the fact that I come from a family of doctors! My older brother (then just a young boy) had a particular fascination with this game and now I can understand why – 30 years later he’s a top surgeon in his field!

The classic version of Operation was first produced in 1965 and worked pretty simply – you needed to pick the pieces (organs) out from the patient with a set of tweezers while making sure that you didn’t touch the sides. If you did have the misfortune of touching the sides, a shrieking ring would be the punishment for a few seconds, and your turn would be over. Needless to say, whenever my family saw me taking out this game, they all came up with very imaginative excuses for why they had to suddenly leave the house! 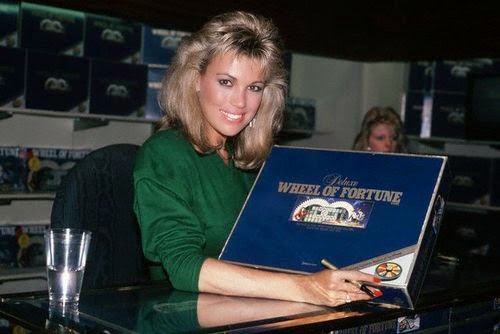 Wheel of Fortune
The Wheel of Fortune board game was released in 1975 with the Deluxe edition certainly being the ‘in’ game of the '80s. Based on the hit TV show, the board game was extremely popular and you were certainly one lucky kid if you had it in your collection. The game came with a miniature-sized wheel, which looked pretty damn close to the real thing.

Deluxe Wheel of Fortune was the game for people who were good with words – sort of like a modern version of Hang Man. Today, due to its extreme popularity, a 25th Anniversary Edition comes complete with a silver replica of the famous wheel and 12 bonus puzzles from the '80s (some things just never get old!) 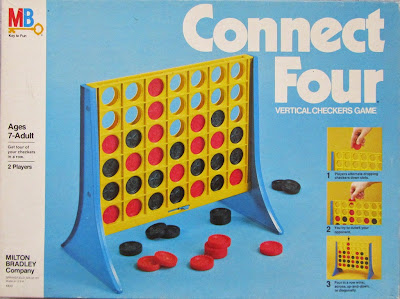 Connect Four
Connect Four was another very popular game in the '80s that was originally released in 1974. It was a tactical game, where the aim was to connect four pieces diagonally, horizontally or vertically. It didn’t matter which way you chose, as long as you completed your line before your opponent. The winner would then be able to flip the switch on the bottom of the plastic board, which resulted in all the pieces falling all over the floor. The loser then got to separate the red pieces from the black for the next game. 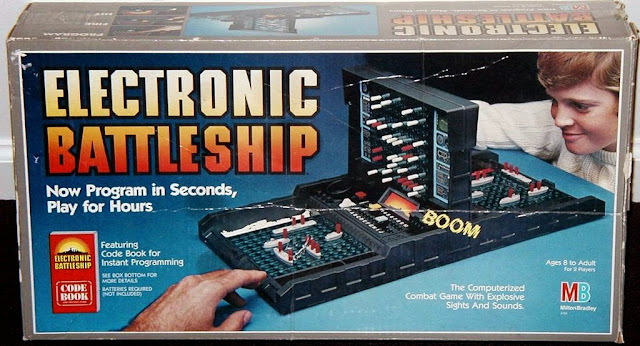 Electronic Battleship
Electronic Battleship which was originally released in 1977 was the new and improved ‘snazzed up’ version of the regular Battleship game. Basically, the only difference between this version and the regular version were some lights and sounds – but boy did it sell! It was an extremely popular game that had kids and adults alike sitting for hours and playing against each other. 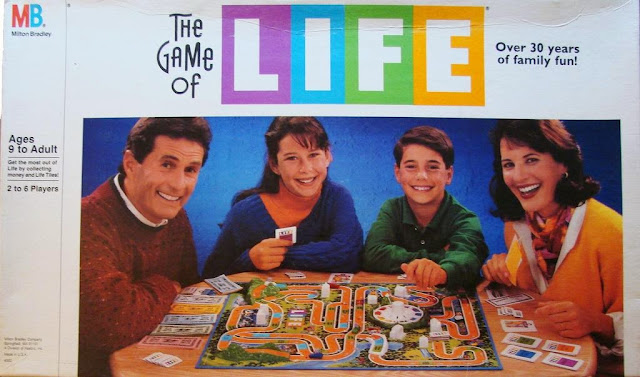 The Game of Life
The Game of Life board game was definitely my personal favorite during my childhood (and even for years after!) This was another board game that you could play for hours upon hours and never get bored. The game itself was a simulation of life – you’d travel through life, go to school, get a job, get married, have kids, retire etc. Two to six players could play at once, making it a really fun group game.

The game included a spinning wheel in the center of the board instead of a dice, making it just that extra bit special. It also included ‘money’ which taught children the value of it, how to save it, and the fact that it ‘doesn’t grow on trees.’ The original version that was made in the '60s has been updated over the years including modern versions produced in the '80s and '90s. 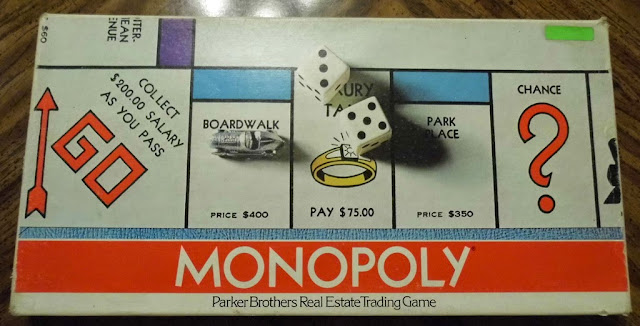 Monopoly
Monopoly was certainly another classic board game which is still played today all around the world. Monopoly, like The Game of Life, taught children (and even adults) about money, investments, negotiation and the ‘harder’ times in life (i.e. being sent to ‘jail’). Many people consider Monopoly as the ‘king’ of all board games with many different versions still being produced today.

One of the reasons why it’s popularity holds is that kids can play with adults, teenagers, grandparents etc. – the very definition of ‘fun for the whole family.’ One would choose their marker (the car, hat, horse, etc.) and begin rolling the dice and moving along the board. Each player would start with $1500 to purchase properties with the goal of bankrupting your opponents by good strategy and a little luck. 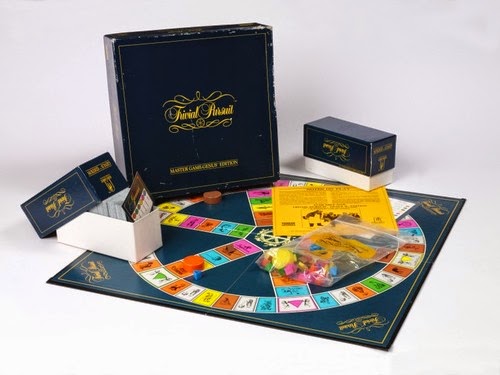 One would roll the dice, and whichever color they landed on, you would have to answer a question from that color’s question pile. The questions that contestants had to answer were relatively difficult, ranging in topic from Entertainment, Geography, History, Arts & Literature, Sports & Leisure and Science & Nature. If you answered the question correctly, you would continue rolling the dice and answering more questions. An incorrect answer meant your turn was over and it would be the next competitors turn to play. Many different versions have been produced over the years including a Totally '80s Edition. 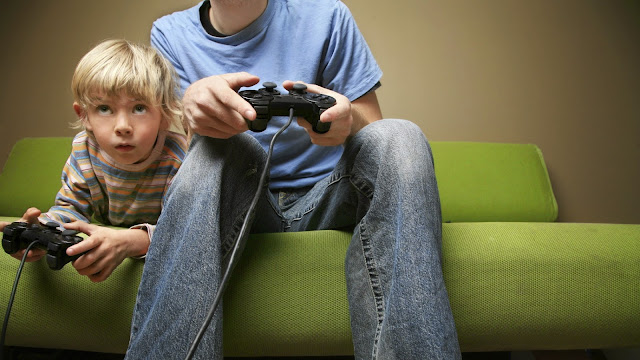 Comparing the Old and the New

Today, while some board games are still played, there is no denying the focus has been pushed to the digital age with the online and video game culture dominating kids and adults alike. Video games make a lot more money than other gadgets or board games due to the accessibility factor for a wider audience. Video games like Final Fantasy and Grand Theft Auto are considered to be some of the most popular video games of all time, boasting tens of millions of sales.

While there has been much debate over these video games being too violent and therefore encouraging violence, there are other games that hold the same good old-fashioned principals of board games (such as to teach strategy and reasoning). Video games such as Brain Age focus on stimulating kids' brains with puzzles and logic (like Trivial Pursuit and Battleship) while online games like the five card famous variant holdem have a huge focus on strategy for adults (like Monopoly). The only difference with these types of games is that they have been updated to suit modern times and needs.

Contrary to popular belief, classic and modern games hold extremely important tools in teaching important lessons (both young and old) that can be applied to ‘real life’ situations. Things we've learned through these lasting board games like strategy, reasoning, negotiation skills and being a good sport are still vital lessons that can help anyone get ahead in life.