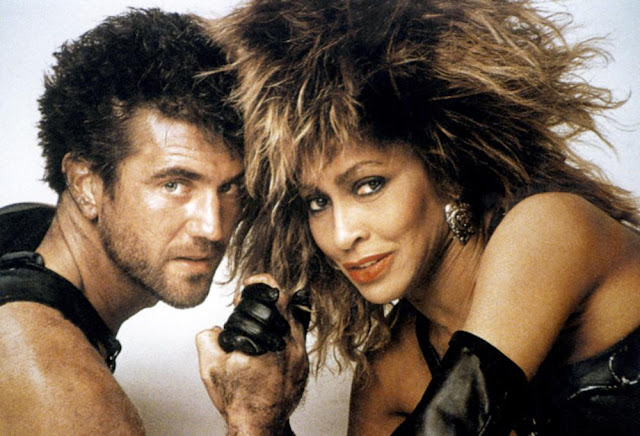 The third installment in the Mad Max franchise Mad Max Beyond Thunderdome opened in theaters on July 10, 1985. It would rank 24th at the box office that year and also receive critical acclaim with Roger Ebert naming it one of his 10 best films. Tina Turner would also launch the film's soundtrack to the forefront with the single "We Don't Need Another Hero" which peaked at #2 on the US pop chart and earned Golden Globe and Grammy nominations. The opening song to the film "One of the Living" would earn Turner a Grammy in 1986 for Best Female Rock Performance.

Mad Max Beyond Thunderdome was several years in the making after tragedy struck following the release of the first sequel The Road Warrior. While scouting filming locations in 1983, producer Byron Kennedy was killed in a helicopter crash in Australia. Director George Miller was hesitant to proceed without him, but finally moved forward as a way to "get over the shock and grief." A title card at the end of film reads: "...For Byron" as a tribute to the late producer.

As a tribute to Beyond Thunderdome's 30th anniversary, watch this behind of scenes documentary which was the most elaborate production in the franchise until 2015's Mad Max: Fury Road.