Megatron, Beetlejuice, And More In The 2015 Hallmark Keepsake Collection 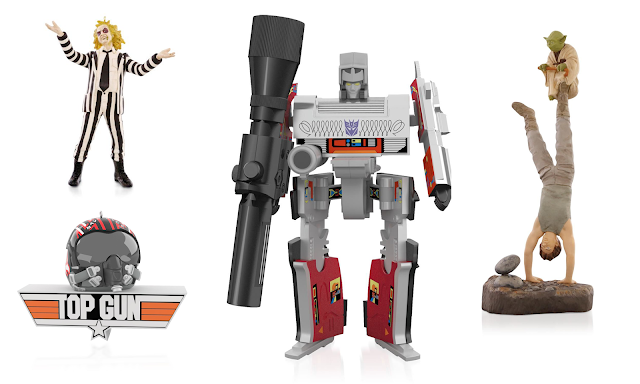 Hallmark has done a pretty good job appealing to '80s kids that past couple years and 2015 is no exception. Characters from our favorite movies and animated shows are well represented in this year's Keepsake ornaments including new additions to the long-running Christmas Vacation and A Christmas Story collections. Visit Hallmark's 2015 Dream Book to browse all the ornaments available this year.

Here's a glimpse at how you can add more '80s culture to your Christmas tree in 2015! (Prices and descriptions taken from Hallmark's website.) 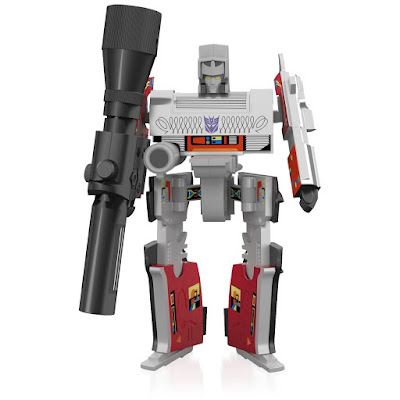 From a lowly peasant from the planet Cybertron to an unlikely hero, MEGATRON protects his people from villains in a legendary tale that captured the imaginations of TRANSFORMERS fans of all ages.

I'm no Transformers expert, but this looks about as accurate as I remember when it comes to Megatron's toy version. 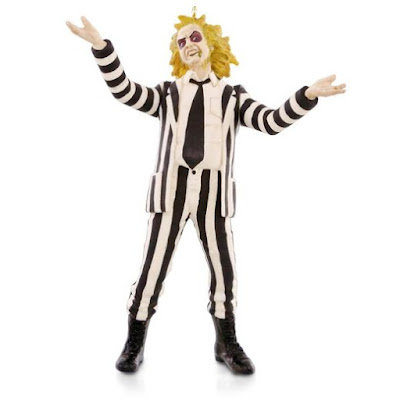 
Beetlejuice may have been dead, dead, deadski, but he became the fresh face of fright when his iconic film showed movie-goers a new brand of horror that would make their millennium—and tickle their funny bones in the process.

It's showtime! Great to see "the ghost with the most" in this year's collection. 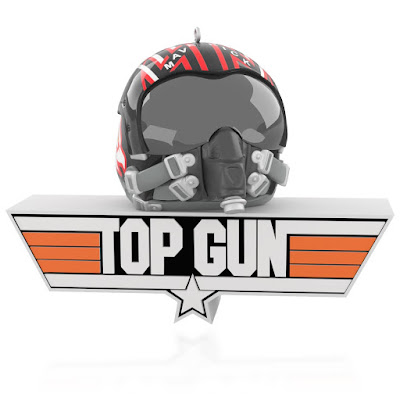 Maverick, Iceman, Slider and Goose made Top Gun one of the most popular and highest-grossing films of the ‘80s. Feel the need…the need for speed all over again with this commemorative ornament.

This "needy" ornament also comes with a Kenny Loggins soundtrack for added flair when you buzz the Christmas tree tower. 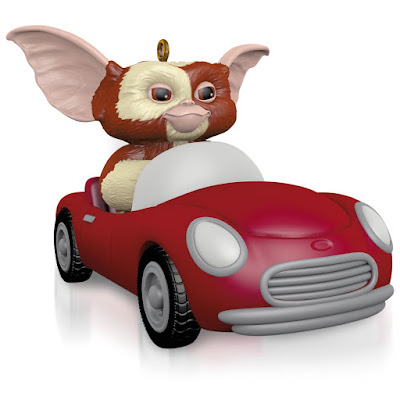 
In 1984, Steven Spielberg’s horror-comedy Gremlins broke box office records and had movie-goers asking how such cute little furballs could turn into a thousand ugly monsters. This ornament features good guy Gizmo in the classic red convertible that helped him defeat the Gremlins and secure his place in cinema history.

Even though it's not Barbie's Corvette, this is still a fun ornament of Gremlins fans...and you can always paint it pink. 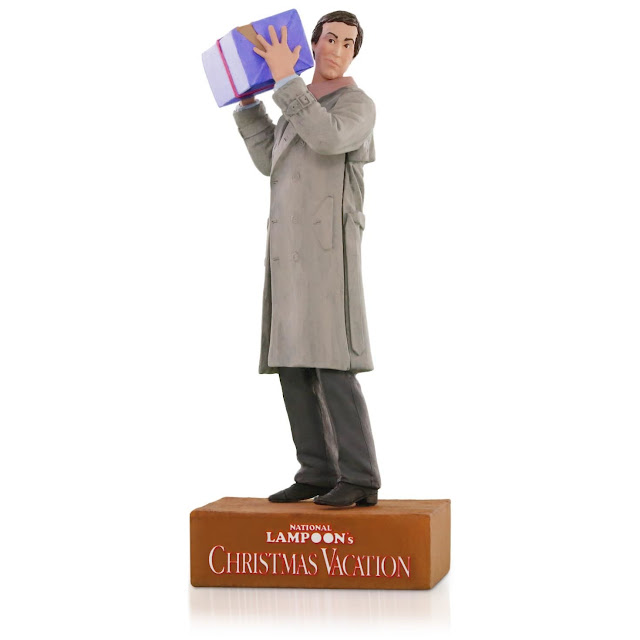 This hilarious scene from the classic National Lampoon's Christmas Vacation shows Clark Griswold receiving a present from confused Aunt Bethany that turns out to be a cat. Antics by the fuzzy feline ensue until Fluffy’s electrifying end!

"She wrapped up her damn cat!" Fun addition to the CV collection that also features sounds from the scene. 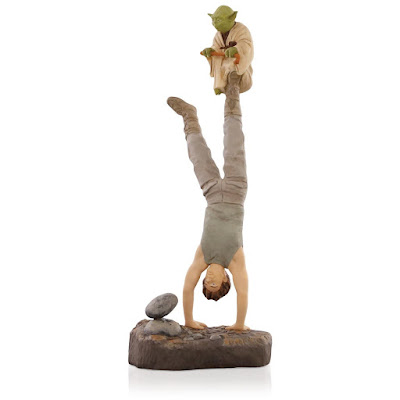 
As one of the greatest Jedi Masters in galactic history, Yoda™ did not believe in "try." Press the button to hear the diminutive warrior and the young Luke Skywalker™ in an unforgettable scene from Star Wars™: The Empire Strikes Back™.

"Concentraaaaaaaaaaaaaaaate!" This ornament also features sounds from the famous Dagobah swamp scene...and it better for $33! Hallmark is also promising The Force Awakens ornaments in October. 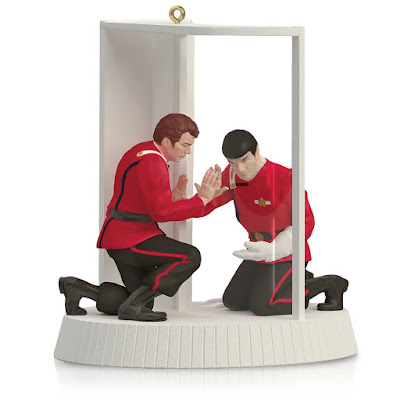 
The needs of the many outweigh the needs of the few…or the one. Press the button on this Keepsake Ornament to hear the final farewell between Captain Kirk and Spock, who gave his life to save the U.S.S. Enterprise.

Trekkies have alot to rejoice about with this great scene from Wrath of Khan that features sounds and also the Enterprise from TNG that features lights. 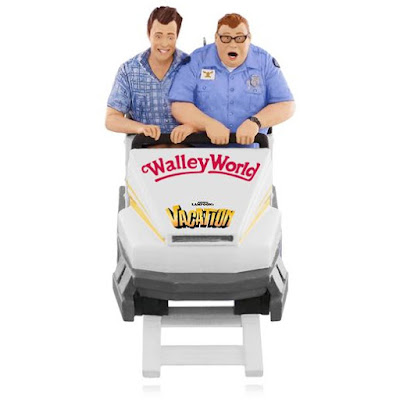 National Lampoon's Vacation Along for the Ride Roller Coaster - $22.95


Every summer Clark Griswold took his family on a little trip. One year, he went too far. Relive the hilarity of National Lampoon’s Vacation with this Keepsake Ornament, a twisted tribute to the worst family vacation ever.

This might be my favorite this year! Love the faces on the characters and it does feature sounds from the movie scene. 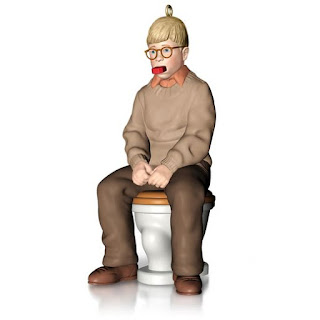 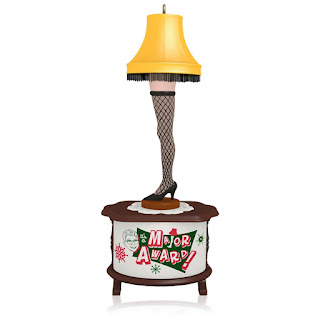 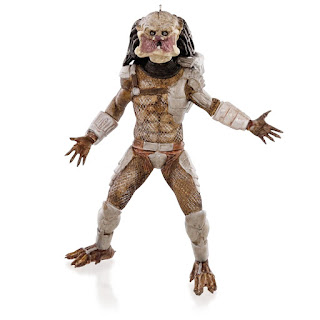 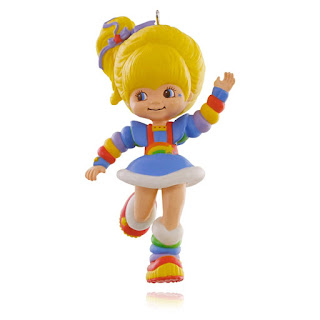 More this year including two from A Christmas Story, Predator, Caddyshack, and Rainbow Brite. For fans of the '70s, Hallmark has TV icons The Six Million Dollar Man and Wonder Woman plus The Godfather.

...and our kids wonder why they don't get everything on their Christmas lists.