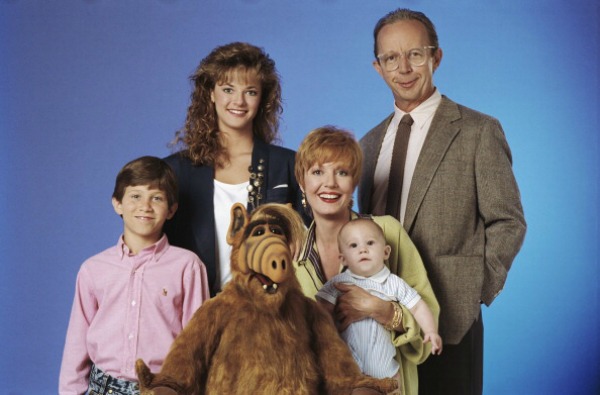 According to recent Deadline report, everyone's favorite cat-eating alien might be making a comeback. NBC chairman Bob Greenblatt was asked in a recent interview about reboots and the new Coach series was a practical joke, he responded with “One man’s practical joke is another man’s hit show.”

He went on further to explain that the new Coach show is not a full reboot, but "another variation on a family show with, I think, follow-up series with a talented star, a great showrunner, and a presold title." In the same breath, Greenblatt then says that if this show is successful then "ALF: The Series is next." Whaaaa-What???

I've always thought of ALF as one of those '80s sitcom ideas that would never work today. I loved ALF as a kid and remember watching both the TV sitcom and animated series. I had the large plush doll with the voicebox and the video game for my Sega Master System. Having said that though and as intrigued as I would be with a new show, I can't possibly see a new show with the same sitcom format working today.

I anxious to see how the new Muppets will do on ABC this fall, but that's using a new format and not the variety show we knew 35 years ago. I just don't think ALF will work, but my nostalgic self would definitely watch.

Do you think ALF deserves another shot on television?