Remember the cockpit style racing games in the arcade like for Pole Position and Out Run? Last night that arcade setup was taken a step further as Jason Torchinsky unveiled his custom Lancia that's rigged up to a large-screen Pole Position game! 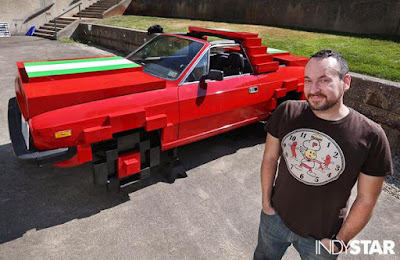 According to Jalopnik, Jason's quest began by turning an old 1983 Lancia into a new pixelated version of its original self. He then added an Atari 400 computer into the dash and parked it at amphitheater near the Indianapolis Museum of Art for its test run. The debut has a few setbacks last night but the nostalgic experience was a success! Check out the footage below...