Opinion: What To Do About 'Hulkamania', 'The Cosby Show', And 'The Dukes Of Hazzard' 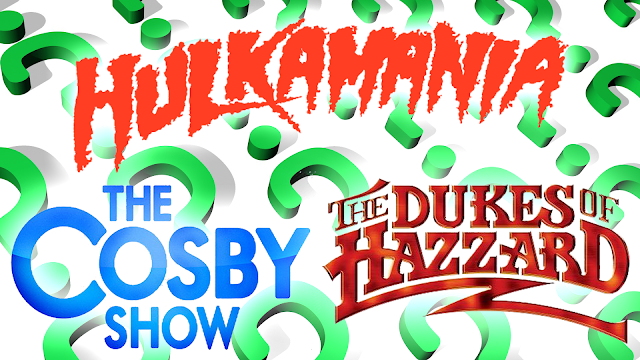 It's been an interesting year for "nostalgiaholics" like myself with three '80s TV icons coming under fire. Several times I've found myself asking a question that begin with "what should I do with..." over the last several months. I see opinions about everyday through my social media feeds so I know that my fellow 30+ year old friends are mulling over the same thoughts that I have.

I felt the urge to post my take on each situation, although I normally stay away from sensitive issues on this website. My purpose for doing so isn't because I have some universal answer or feel the need to persuade people with my opinions. In fact, I believe each situation is somewhat different and with each of us come from different backgrounds, nothing I say will probably change any opinions already formed. Rather what I hope to do is just simply voice my thoughts as they specifically pertain to my experiences as a child of the '80s. At one time, I held these TV icons in high accordance and now struggle with what to do with those good memories. It's easy for someone with no affiliation to simply dismiss these TV shows now, but I wanted to show my point of view to maybe shed some light on why people my age might be struggling. 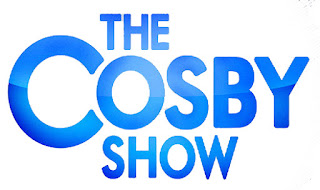 Bill Cosby, a man who has won countless awards for his family-oriented comedy and TV sitcom, has been plastered all over the media for months. 35 women now accuse him of sexual assault over the course of many years including the time he starred on The Cosby Show. To me, this situation is almost unfathomable. The ultimate family man on TV, a monster behind closed doors. While he is innocent until proven guilty, the court of public opinion has definitely declared him guilty as charged. Plus, the likelihood of all these women forming some type of conspiracy theory is pretty minuscule to me.

It really hurts me to think of throwing away many good memories of watching the quality, family-friendly programming provided by The Cosby Show from 1984-92. The show's producer Tom Werner stated just a few days ago that he's worried about the show's legacy. I remember watching the show mainly with my Grandmother who loved sitcoms. There are so many great episodes that stick out in my mind like Theo's first shave and the family lip-syncing to Ray Charles. But let's face it, those fond memories and laughs are now tainted. The show's reruns have been pulled from all networks and the media reports even seem to imply that Cosby's lawyers are the only ones still on his side. I can't imagine watching the show right now and if he's found guilty of these horrible crimes, how could you possibly watch it ever again?

The "Rebel Flag", the second flag of the Confederate States of America and an icon of Southern heritage for years, is being viewed by many now as a symbol of racism. An image of the accused shooter in the horrible South Carolina murders with the flag urged many people to protest state governments and organizations to remove it from their grounds. The flag has been controversial for several years but after the tragedy, pressure mounted to finally remove the flag that some see as a symbol of slavery and white supremacy.

The Dukes of Hazzard TV show also came under fire in the aftermath as TV Land announced they would no longer air reruns of the show on their network. A few days later, Warner Brothers announced that they would cease manufacturing any of the show's memorabilia featuring the flag which is mainly the show's famous "General Lee" car.

If you watched the show as I did, you knew the flag was on top of the car, but it meant nothing but a decoration. With the backdrop of Georgia and the rebellious nature of the "good ol' boys" trying to escape the local oppressive authorities, there is no way anyone would've acquainted the show's premise as racist simply because of the flag's presence on a car. Maybe I'm naive to think that equal rights has progressed more among both black and white cultures over the last several decades to care about a flag on a 35-year old car. But in our modern world though, controversy hits the media and companies are pretty much forced to distance themselves from it. I understand that, but for someone who remembers the orange car being in his matchbox collection as a kid, it's difficult to reason why it would have anything to do with this inconceivable tragedy in South Carolina.

Just this past week, the WWE abruptly fired Hulk Hogan from his current contract and retracted all historical ties following the emergence of audio which contained a racist rant by the wrestling legend. While Hogan apologized for his remarks, the tape was apparently enough to end his career with the company in which he earned his name in the '80s. And if that wasn't enough, more details are now emerging of homophobic slurs Hogan uttered on a leaked sex tape.

I remember when Hulkamania ruled the airwaves, teaching kids to say their prayers and eat their vitamins. However, I also remember when Hulkamania became Hollywood in the mid-'90s and Hogan became one of the "bad guys". I quit watching wrestling in the late '90s, so hearing Hulk Hogan's name takes me back mainly to early Wrestlemania events, guest appearances on the A-Team, and his Saturday morning cartoon.

There is something to be said about knowing when to "hang them up." To me, Hulkmania was already a thing of the past so the timing of Hogan's words would have been more damaging to my memories had they happened 20 years ago. I haven't been a fan for years so I could really care less about the self-afflicted wounds of this iconic wrestler. At the same time, I know he means a great deal to the legacy of the sport and his words really have nothing to do with his performance in the ring. But there is something to be said for accountablility and holding yourself to a higher standard in the public eye. It seems Hogan hasn't lived up to those standards over the course of the last several years when you sift through the media stories. I wouldn't doubt Hulk still craves the spotlight and I might go even farther to speculate that some of these "leaks" might even be intentional. Maybe he thinks he can't do any wrong in the sight of his most diehard fans, but for those of us who primarily remember him as "the real American" in the '80s, his legacy tarnishes even more when we see these stories in the media.

If you're a child of the '80s, I'd love to hear your opinion on these situations in the comments below.
Newer
Older