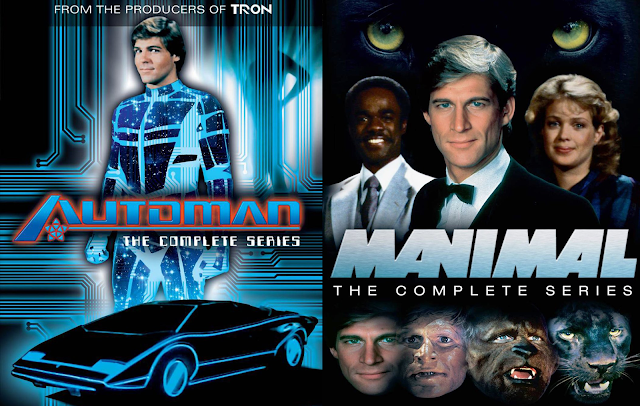 Two short-lived '80s TV series are finally being released to DVD on November 10, 2015. Independent home entertainment distributor Shout! Factory will be producing complete boxsets for both Automan and Manimal featuring all episodes and new bonus content. If you don't remember, both sci-fi shows were created by Glen A Larson who gave us TV icons like Knight Rider, Magnum P.I., and The Fall Guy. 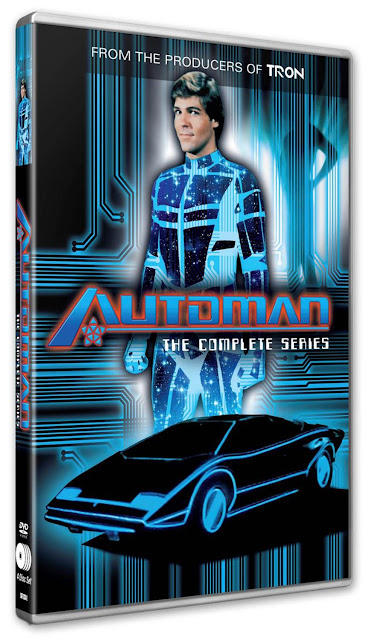 I AM AUTOMAN. Walter Nebicher is the police department's resident computer geek... his immediate superiors think Walter's place is behind the desk and not on the streets. However, Walter has other ideas.

Walter's expertise in computer programming is unparalleled and he creates a special program, "Automan," an artificially intelligent computer hologram that looks real, sounds real and given enough power can physically exist in the real world. Together, Walter and Automan along with Cursor, a small floating droid that creates any object Automan needs to, battle crime on the city streets. 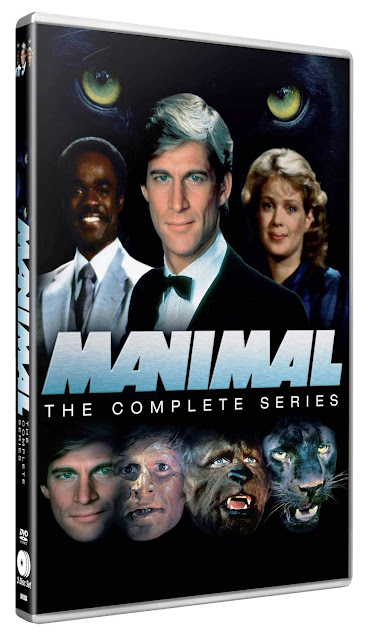 Dr. Jonathan Chase, wealthy, young and handsome. A man with the brightest of futures, a man with the darkest of pasts. From Africa's deepest recesses to the rarefied peaks of Tibet, heir to his father's legacy and the world's darkest mysteries. Jonathan Chase, master of the secrets that divide man from animal, animal from man. Partnered with a young policed detective and a former army corporal from the fields of Vietnam. A trio that stands against the crime that breeds in the concrete jungles and stretches its deadly tentacles to the fascinating but dangerous world beyond, the world of MANIMAL!

Jonathan Chase (Simon MacCorkindale), famed Professor of Criminology, with the inherited powers to transform himself into any animal he wishes, uses that power to assist the New York Police Department in solving major crimes. He is assisted by Brooke McKenzie (Melody Anderson), an intelligent and beautiful detective with the NYPD, and Tyrone "Ty" Earl (Michael D. Roberts), a former intelligence officer with whom he served in Vietnam.