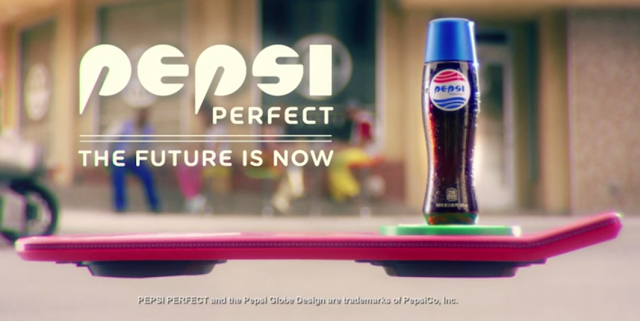 Pepsi announced today in a new video that they will be commemorating Back To The Future's 30th anniversary! The choice of the 2K generation will be producing a limited run of 6,500 bottles of "Pepsi Perfect" as seen in Part II of the trilogy. According to USA Today, the bottles will be sold online for around $20 each on October 21, 2015. Fans should connect with Pepsi social media accounts for more information leading up to the date such as the exact place to purchase online.

If you will be attending New York Comic Con this week, BTTF fans can dress up as Marty McFly because Pepsi will be distributing 1,500 bottles to "complete Marty's look."

Catch up on the other 30th anniversary Back To The Future goodies: