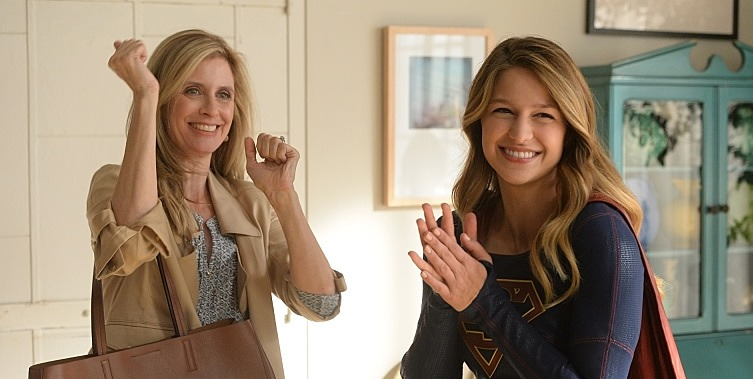 The new Supergirl television series on CBS featured a familiar face in this week's episode. Helen Slater, who played the title character in the 1984 feature film, guest starred in the latest episode as Kara's stepmom. Her appearance might not be all smiles after reading the "Livewire" episode's plot:


Kara's Thanksgiving may be ruined when she suspects her foster mother, Dr. Danvers, who is coming to town, disapproves of her new role as a superhero.


Current star Melissa Benoist tweeted a picture back in March featuring her with Slater, but it wasn't until a few days ago that CBS formerly teased their appearance on camera together.


With the recent Paris attacks dominating the headlines, the lighter Thanksgiving-themed episode was moved up to air this week. Share your thoughts on the episode and new series in the comments.

(Update: Supergirl originally aired on CBS and has switched networks. Check out the CBS All Access streaming channel for more content.) 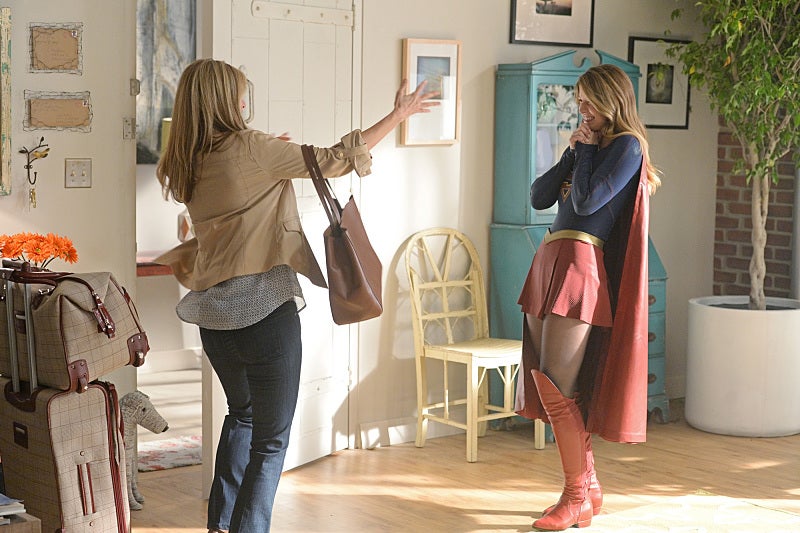