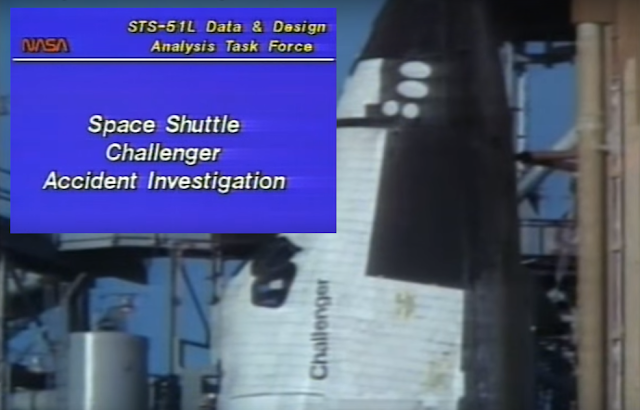 For those of us who lived through the 1980s, we had our share of "where were you when" moments. John Lennon's assassination, "Black Monday", and the fall of the Berlin wall are just a few of those such moments. For those of us who were still in grade school, January 28, 1986 was perhaps the most impactful day of the decade...the day we watched the Challenger shuttle explode on live television.

I was in 5th grade and I remember the event being a big deal in the weeks leading up to the launch. Several grades gathered in the cafeteria to watch it live on TV. And then the unthinkable happened at 11:39am EST. I don't think I quite understood it all and frankly, I'm not sure our teachers knew what to do either. We were dismissed early that day to be with our families as the country mourned the seven crew members that were aboard. We huddle around the evening news, like the CBS Evening NEws with Dan Rather, to gather any insight into why the disaster happened.

In the months following, the Rogers Commission Report would detail the cause of the accident and urge NASA to take future safety precautions. NASA would also produce the following 45-minute film featuring TV footage from the time the crew boarded through the accident followed by a detailed analysis of the event. On this the 30th anniversary of the disaster, let's remember this significant moment in the US space program and our history.