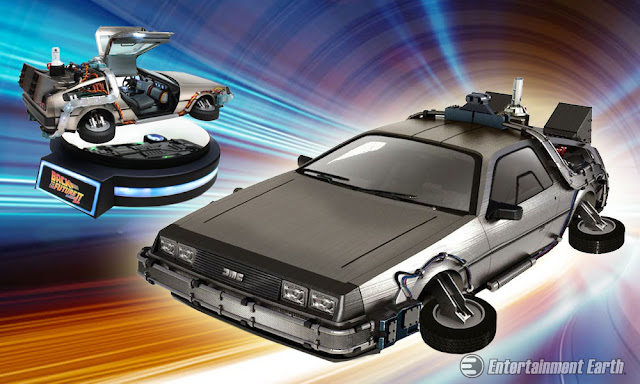 There is nothing wrong with the Earth's gravitational pull...this DeLorean Time Machine actually floats! Kids Logic has produced an officially licensed "floating" version of the famous vehicle from Back To The Future Part II that will have collectors eagerly awaiting their tax returns to hit their bank account.

The 1/20 scale car has ten LED lights, opening doors, and two sets of removable wheels for displaying normally or in flying mode. It also comes with two bases, one of which is magnetic and interacts with the car to allow it to hover and spin above the base. Here's a short video showing a prototype in action...

I'm by no means an expert in BTTF collecting but this is the coolest idea I've seen for the franchise and in my mind, warrants the $225 price tag. Fans can preorder the DeLorean Magnetic Floating Vehicle now at Entertainment Earth. Expected delivery date is August 2016. 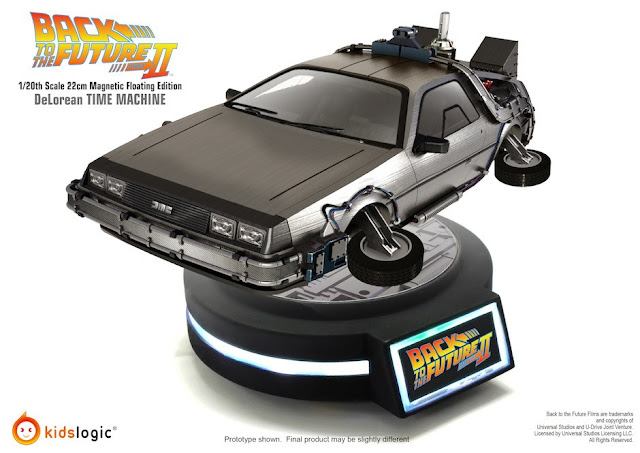 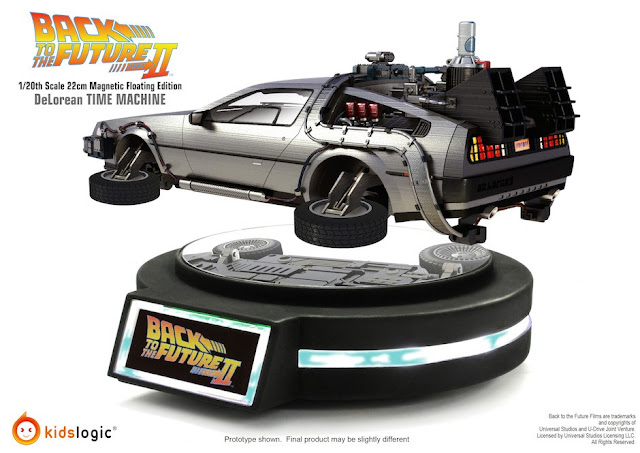