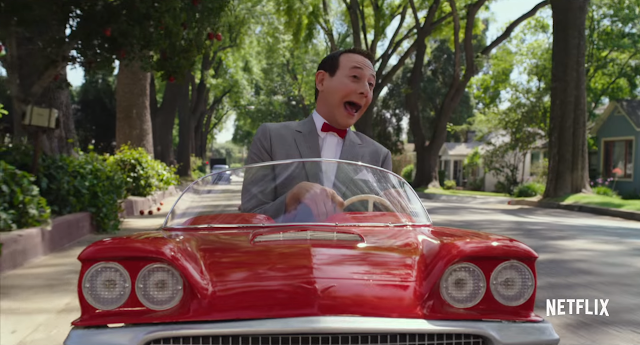 Just about a month remains before the premiere of Pee-Wee's Big Holiday. In January, we got to see some new gadgets equipped in Pee-Wee Herman's house in the teaser trailer. Today, Netflix dropped the first full-length trailer for the new movie in which Pee-Wee ventures outside of his hometown Fairville.

His journey appears to begin with being carjacked by bank robbers and from there finds himself in the woods, New York City, an Amish village, a snake farm, and many other places. Check out the trailer below and look for the Netflix debut on March 18.