Album of the Week: 'The Way It Is' 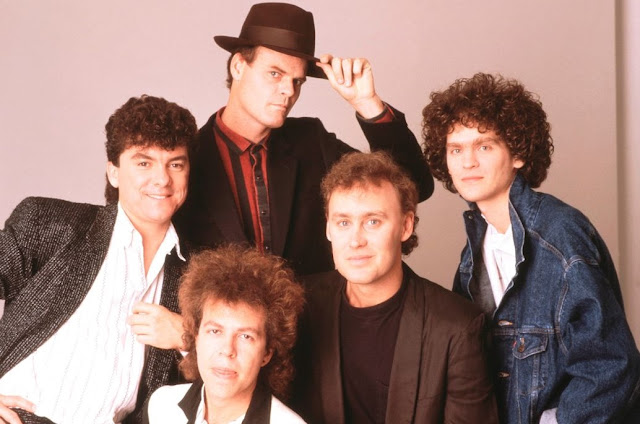 Nearly 30 years ago on April 1, 1986, the debut album of Bruce Hornsby and the Range was released. The Way It Is became a huge commercial success, peaking at #3 on the US album chart and featuring the title track which became an international hit.

The album's original release actually featured a different cover and was geared toward New Age style. Once singles began getting airplay in late 1986, the album was released with a new cover and two new remixed tracks. Three singles made the top 15 on the Billboard pop chart: "The Way It Is" (#1), "Every Little Kiss" (#14), and "Mandolin Rain" (#4). The album would also earn the band Best New Artist at the 1987 Grammy Awards.

I first encountered this album in the early '90s during the Columbia House/BMG era. I always enjoyed the hit singles but had never heard the entire album. I quickly recognized a familiar voice on the "Down the Road Tonight" track (Huey Lewis) which made me love the album even more. It became one of my go-to albums for long homework sessions in college and the 11-hour road trips I endured. I was also enticed to purchase Bruce Hornsby's solo album Harbor Lights soon after which I feel remains greatly under-appreciated.

My 5 favorite tracks from The Way It Is are:

Rediscover The Way It Is this week via YouTube below or subscribers can listen for free through Amazon Prime music. You can also join me by posting your personal Top 5 tracks from the album in the comments.