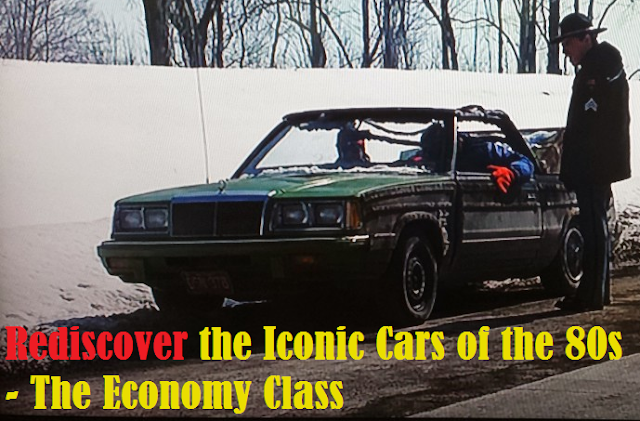 Although the previous decades occasionally spawned a few fuel sippers, the '80s seemed to be an explosive decade for economical cars with the aid of the oil crisis and EPA regulations. This assisted many people with saving a few bucks on maintenance and the cost of gas while offering many modern options at the same time. Nevertheless, many of these easily became Iconic Cars of the '80s which we will refer to as The Economy Class.﻿ 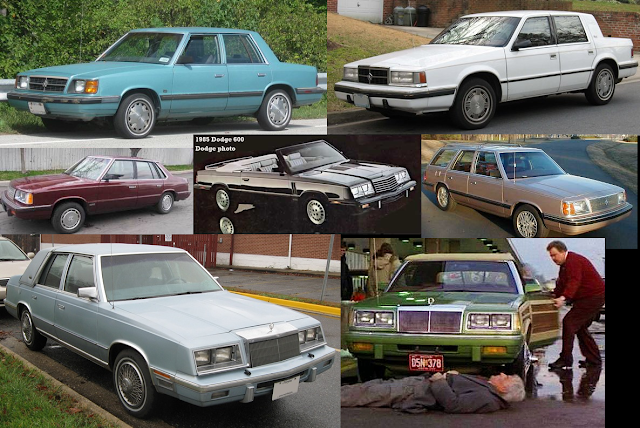 Who can forget that icon of the 80s, the "K-Car"? This nickname stems from its platform design called the K-body, much like General Motors F-type. The K-body platform was used for a variety of titled cars including the Dodge Aries, the more produced/abundant Plymouth Reliant, Chrysler LeBaron, Chrysler Town & Country (the car featured in Planes, Trains, & Automobiles, not the minivan of today), Dodge Dynasty, Dodge 400/600, and the Plymouth Caravelle. These cars all nearly looked alike and could easily be spotted with a slight squat on the rear axle.

I am familiar with the K-car as my father owned a Dodge 600 sedan for a couple of years. The 2.2L engine was peppy and served its purpose, transporting my family whereever we needed. 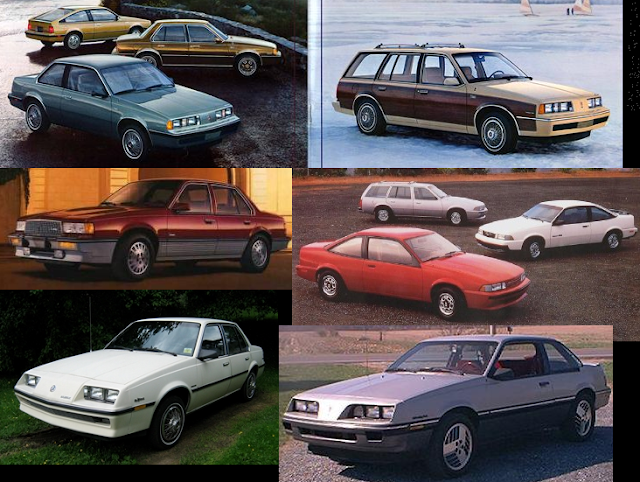 Moving on to more icons of the '80s economy class, the GM line included the Buick Skyhawk, Cadillac Cimarron, Chevrolet Cavalier, Oldsmobile Firenza, and Pontiac Sunbird. Another contender to the economy car arsenal began production in 1982 and stretched into 2005. These economical cars featured a few variations such as the 2-door coupe, 2-door hatchback, 2-door convertible, a 4-door sedan, and a station wagon with four engine choices to including three 4-cylinder engines and one V-6 option. 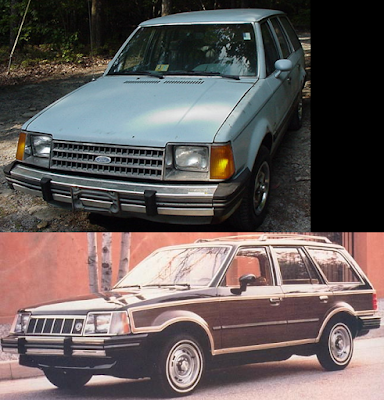 The Ford line of sippers was very pale in comparison to its competitors. Only two brands were available to choose from, the Ford Escort and the Mercury Lynx (later called the Tracer.) Like the competition, the Escort/Lynx easily found its way into driveways as being one of the most economical cars with great mileage and longevity. Like the GM X-body, many models were sold as the hatchback model, thus it might have been better placed with our Hatchback Brigade. Nonetheless, this easily became a staple and an icon of the '80s.

Did your family own an economy car in the '80s? Share with us in the comments and join us for our next Iconic Cars of the '80s article, The Mid-Sizers.