Comic Review: Andre The Giant: Closer To Heaven and Saved By The Bell Vol. 1 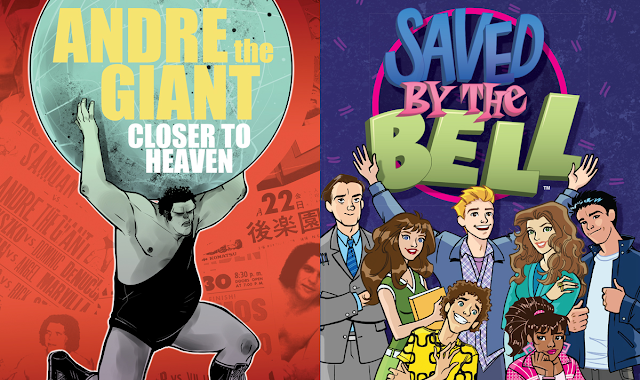 [The following is a guest review by Chad E. Young of Horror Movie BBQ. Chad is know for all things horror and pro wrestling. He's also a big Saved By the Bell fan so I decided to invite him to review two comics that have been on my to-do list for a long time. I hope you enjoy his commentary and please give him a follow on social media, @HorrorMovieBBQ on Twitter and Horror Movie BBQ on Facebook.]

When I was told by Jason that he had two comics for me to read and review, I thought to myself "ooooh! I love comics!". When he revealed that they were both comics based off characters that I've loved since I was a young 'en, I was even more enthused and prepared to take on the challenge of reviewing these. And boy oh boy, was it gonna be a bigggg challenge!

First up, Andre The Giant: Closer To Heaven by Brandon Easton. Since this tells the life story of the 8th Wonder of the World, this is less as much a comic as it is more a very visually delighting biography. But don't be fooled, Andre led quite the interesting life from beginning to end, so this is not your normal biography. It takes us from his humble beginnings to his struggles as young man coming to terms with his limitations to his blast into superstardom in pro wrestling and Hollywood. And don't worry wrestling fans, it does indeed cover his legendary feud and encounter with Hulk Hogan in one of the most memorable events in pro wrestling (and I'd argue sports) history, Wrestlemania 3.

You certainly do fall in love with Andre as you see him in his most vulnerable and his most private stages. You see his love for his family and his friends closest to him, which is very important for readers and fans alike to remember. Despite playing such an imposing and vicious giant, at heart, he was as lovable as a kitten.

I dare say this book, is more like a movie. I couldn't stop reading, got emotionally invested and quite frankly, despite knowing a lot of these things chronically, I still found it downright fascinating to rediscover. The art is very tastefully done and not in a cartoony, extra comical way. The dialogue is perfect as well.

Simply put, I can't recommend this enough. Pick it up immediately!

Find Andre the Giant: Closer to Heaven on Amazon and comiXology 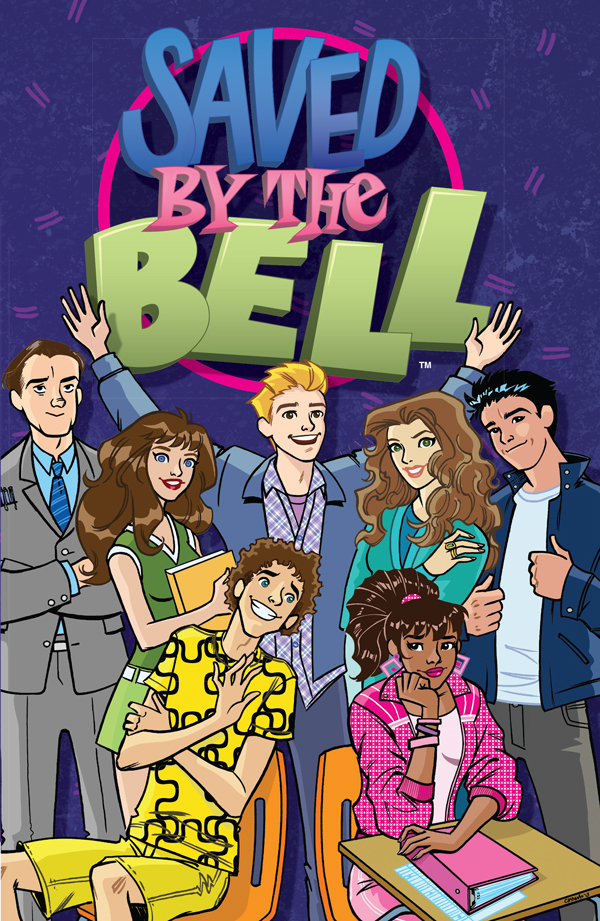 Saved By The Bell. Ok, so we've gotten a SBTB comic before back in the Bayside hey-day from kiddy comic label, Harvey Comics, and those were so extra goofy and silly, that it didn't really feel like a good interpretation of the show. So that was a worry I had reading these. Because let's be fair, SBTB is very cartoony.

So, with that fresh in my head, I gave it a read and yes it was cartoony and silly. But...not in the way the old comics were. No, it was more of a dry humor way. It was kind of like a subdued version of the show, which is good, because I don't need to read a story about Screech becoming a pro wrestler and see a pro wrestler that's 15 feet tall and spouting goofy gibberish, which could've very well been the case. These comics seem a little bit more grounded in it's humor and situations. Whether Lisa is selling clothes or the gang is hitting the ski slopes, it's done right. It's not in your face. 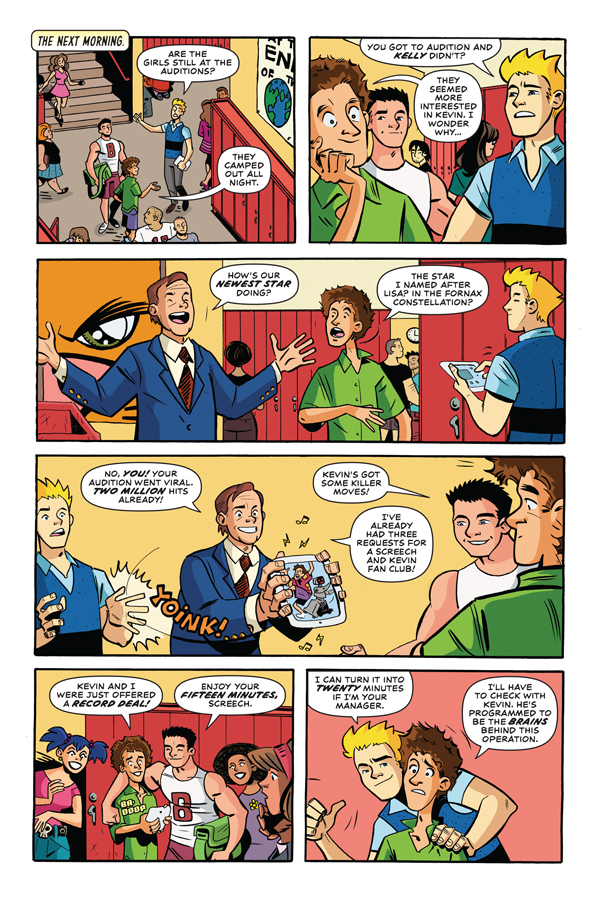 My favorite may be the first issue in which the entire gang meet that lovable musclehead, AC Slater for the first time and hilarity indeed ensues. It's very reminiscent of the first episode but still feels new and fresh, which is important. After all, if it's not new, why would I bother reading it? I could just watch the episode again, but this was a nice companion.

The art is one thing I'm sure some fans could have an issue with as it's not 100 percent accurate to the actors likenesses, but it's not too distracting. In fact, the designs are pretty contemporary and again, that's something I dig. There's a lot more you can do with Zack in 2016 than by telling the same story about Zack in 1991.

As with Andre, I highly recommend this. This is certainly one of the most fun and entertaining "kiddie" comics I've read in years. I think if you're a fan, you'll be very pleased!

Find Saved By the Bell Vol. 1 on Amazon and comiXology
Newer
Older