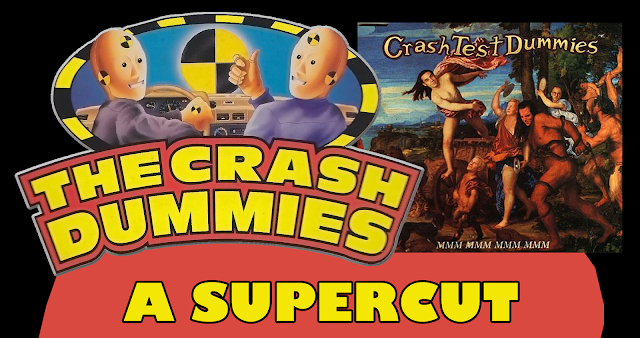 It was bound to happen sooner or later...so I decided to take the initiative. Many of you may remember the popular '80s seat belt safety PSAs starring Vince and Larry, The Crash Test Dummies. Some of you may also remember the Canadian folk rock band Crash Test Dummies from the early '90s. Well, all these years you've waited for them to be brought together (maybe not) and now it has come to pass!

The latest RD80s supercut video shows footage of Vince and Larry in the popular '80s PSA commercials while being serenaded by the soothing sounds of "MMM MMM MMM MMM", the popular 1993 single by Crash Test Dummies. Besides the PSAs, you can also see footage from the 1993 animated Incredible Crash Dummies TV special and subsequent toy commercials. I even tried to match some of the lyrics to the video footage!

Have I gone overboard or is this nostalgic genius? Let me know in the comments and please subscribe to the RD80s YouTube channel!