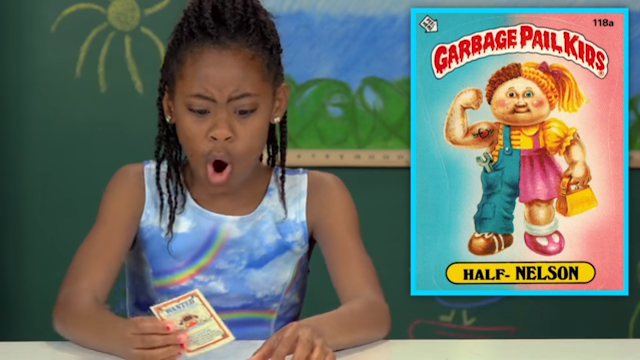 The Fine Bros Entertainment and React channels on YouTube produce some pretty entertaining videos. My favorites are when they introduce modern kids to old technology and retro toys. One of their recent videos show what happens when kids are given a stack of Garbage Pail Kids cards!!

Now, I would have loved if the full history of the Garbage Pail Kids had been included in the experience and they had showed them some clips from the movie, but reacting to cards alone was pretty funny. One kid in the video had apparently already been traumatized by cards and refused to look at them!

There was enough extra footage from the shoot to create a bonus video so watch both of them below...