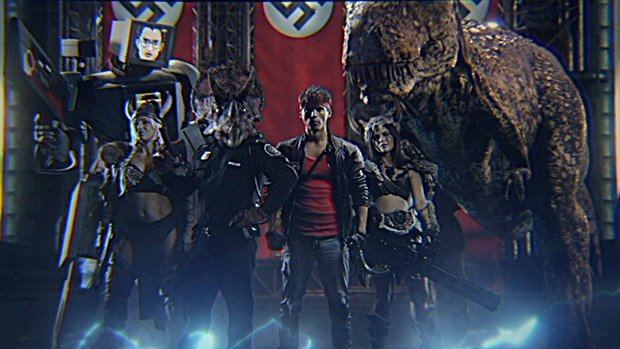 This past weekend marked the 1-year anniversary of the Kickstarted film Kung Fury. Director and star David Sandberg celebrated the release of the '80s action comedy by teasing a sequel. On social media, he shared the following image...

No word yet if the sequel's production will return to Kickstarter or if a film studio has picked it up. The 30-minute original film has been viewed nearly 25 million times on YouTube and is also still available on Netflix.

I'm definitely excited to see a sequel, especially if they bring David Hasselhoff for a new music video. I'm not ashamed to admit that "True Survivor" is still on personal music rotation and I might have enjoyed the track and music video even more than the movie!