Streaming the 80s May 2016: Airplane Adventures in the Living Daylights of the Burbs 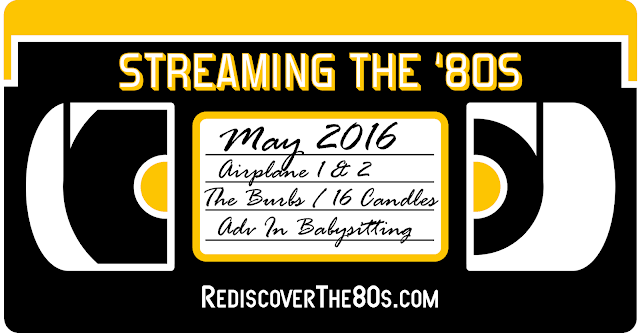 May has a healthy supply of new movies to stream on both services. Netflix offers the newly revamped Danger Mouse that is currently available and the Goosebumps movie starring Jack Black on May 11. Also don't forget about Kindergarten Cop 2 starring Dolph Lungren on May 17.

Let's take a looking now at what just became available on May 1! Click the links to add to your Netflix or Amazon Prime queue. 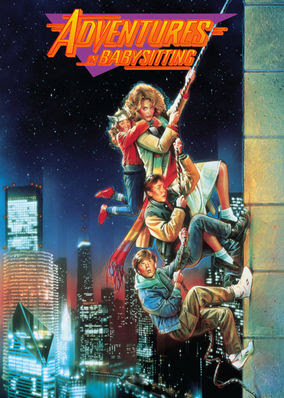 Adventues in Babysitting (1987)
Rated PG-13 Netflix
When teenaged Chris Parker agrees to baby-sit for the Andersons after her boyfriend stands her up, it's hardly the boring night she expected.


I don't have a real affinity for this movie as I probably didn't watch it until the mid '90s. It just wasn't in my wheelhouse. I've watched it in the past year or so and it's still a fun little '80s journey. 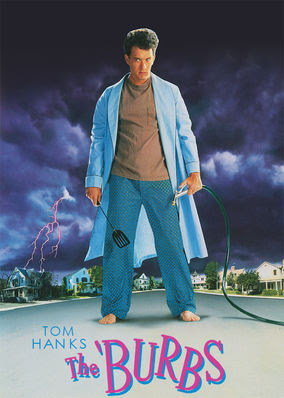 The Burbs (1989)
Rated PG Netflix
When secretive new neighbors move in next door, suburbanite Ray lets his paranoia get the best of him as he suspects the newcomers of evildoings.

Conversely to the above movie, I remember watching The Burbs in the theater and have probably watched at least 50 times. I still laugh and will find myself quoting it still to this day. 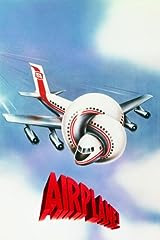 Rated G Amazon Prime
The persons and events in this film are fictitious - fortunately! A masterpiece of off-the-wall comedy, Airplane!


Airplane! is one of those love or hate movies. Either you can't get enough or you think it's beyond dumb after about 10 minutes. I'm on the can't get enough side and if you are too, Airplane II: The Sequel is also available. 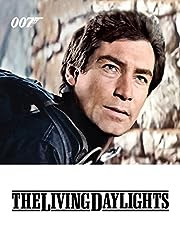 Many James Bond films have returned to Amazon Prime this month including several from the '80s. Personally, I prefer License to Kill over The Living Daylights as my favorite movie starring Timothy Dalton. 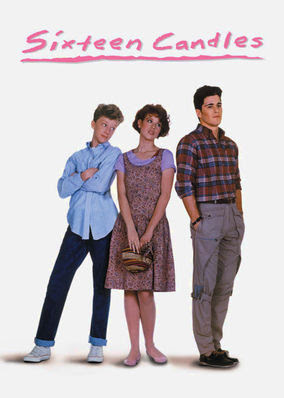 Rated PG Netflix
Samantha's family has forgotten her sixteenth birthday, a day that could be perfect if only Jake Ryan would look her way.

Probably my least favorite of the John Hughes films starring Molly Ringwald, but it's still an '80s classic.