Album of the Week: 'True Blue' By Madonna Turns 30 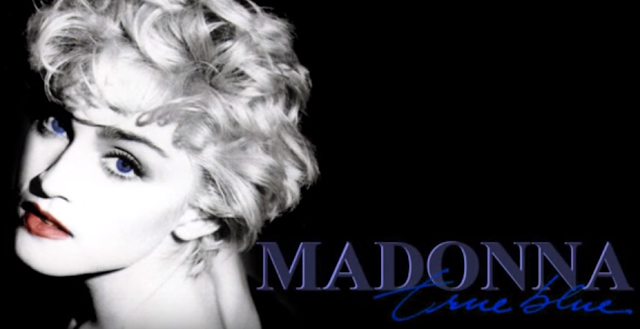 This week marks the 30th anniversary of Madonna's third studio album True Blue. Released on June 30, 1986 by Sire Records, the album would solidify her as a worldwide pop star by reaching #1 in a record-breaking 28 countries. The top selling album of 1986 remains as Madonna most commercially successful album of her Hall of Fame career by selling 25 million copies worldwide. It also reigns as the top-selling album of the entire 1980s decade by a female. She co-wrote and co-produced all of the songs and dedicated the album to her then husband Sean Penn.

"Live To Tell" was the first single released from True Blue and used in the film At Close Range starring Sean Penn. It would peak at #1 on the US Billboard Hot 100 pop chart and adult contemporary chart (first time in Madonna's career.) The follow-up "Papa Don't Preach" achieved gold status in the US while peaking at #1 on the US and UK pop chart as well as several other countries. Its music video would also win the Best Female Video at the 1987 MTV Video Music Awards. The title track "True Blue" became the 3rd single released, reaching #1 in the UK and also earning gold status in the US. "Open Your Heart" became a top pop and dance hit in the US while the music video depicting Madonna as a stripper who befriends a young boy was highly controversial. The final single released "La Isla Bonita" had a heavy Latino influence and became a worldwide #1 hit while stalling at #4 on the US pop chart. On the heals of True Blue's success, Madonna would embark on the worldwide Who's That Girl Tour in 1987 visiting North America, Europe, and Asia. Warner Brothers would then release Madonna Who's That Girl: Live In Japan concert video on VHS.

While I've heard the 5 singles many times throughout my life, I've never listened to the other album tracks on True Blue. I never owned the album mainly because I've never really looked at myself as a fan. Having said that, my favorite Madonna song is probably "Live to Tell" after hearing it many times at the AC radio station I worked at in the mid '90s. I typically view Madonna's music as upbeat and edgy, but "Live To Tell" seems to be the exact opposite which is probably why I like it.

Rediscover True Blue this week via YouTube below or subscribers can listen to the album for free on Amazon Prime music. You can also join me by posting your favorite tracks or memories in the comments.