Comic Review: Back To The Future Untold Tales and Alternate Timelines #1 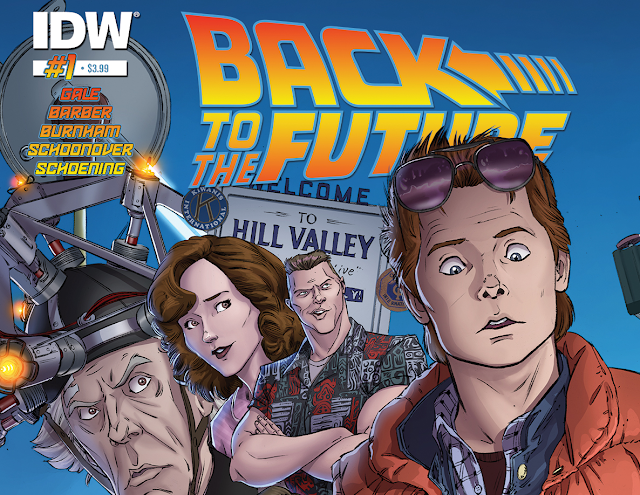 Ever since I first heard that IDW was teaming up with writer/producer Bob Gale to publish a new Back To The Future comic book series, I've been really intrigued. Who wouldn't want to know how Marty and Doc first met??!! Well, I finally took the time to read through the first issue that was originally released last October.

Comic #1 tells two stories, the first titled "When Marty Met Emmett" which is told as a flashback from Doc to his son Jules (or maybe it was Vern.) It chronicles a fateful day in October 1982 when Marty's nemesis Needles comes knocking about an interocitor tube for his guitar amplifier. After an altercation, Needles swipes Marty's guitar for collateral until he can find a replacement. He learns that Doc has bought up the supply in town and then proceeds to "acquire" what he needs. Through a series of events or "tests", Marty meets Doc for the first time and so begins their friendship. 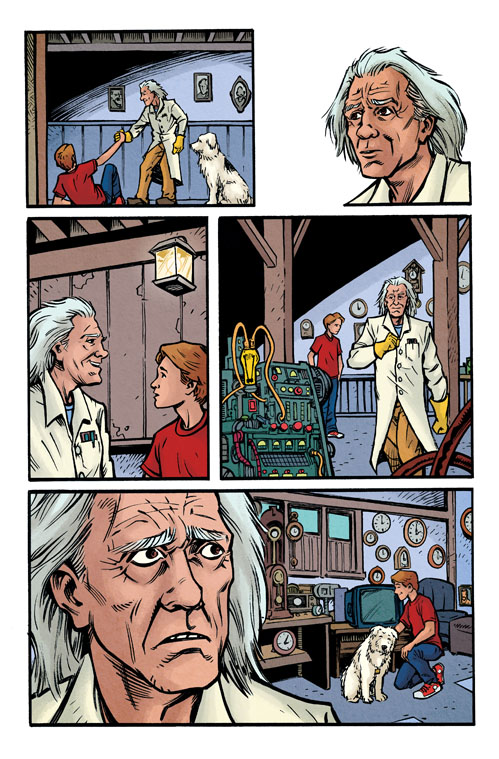 The 2nd story in comic #1 follows Doc Brown and is titled "Looking For A Few Good Scientists." In 1943, Doc is a professor at the California Institute of Technology and becomes upset over being passed up for a "top-secret think tank." However, he gets another chance, despite a little misdirection about his living quarters, and passes the screening to be in the project...The Manhattan Project. 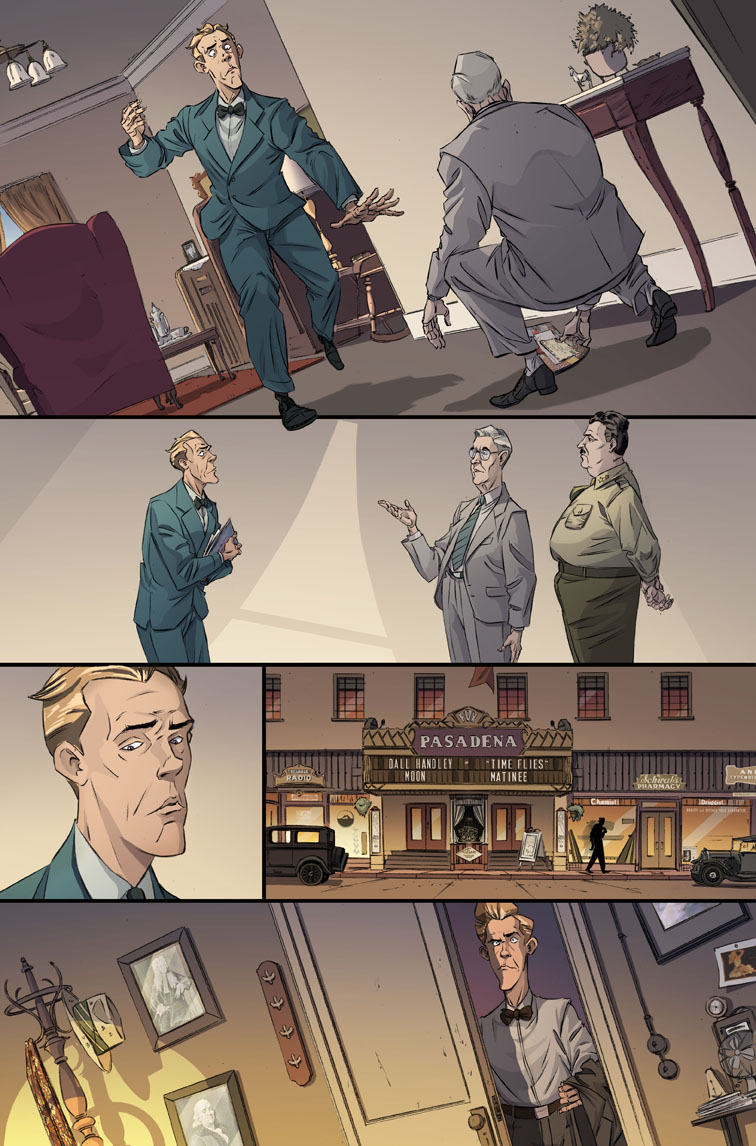 I thought the two beginning stories were good enough to grab my attention and left me wanting more when I read the words "...to be continued" (just like the original film did.) I liked the contrast or artistry as well which gave both stories some separation. Since I waited about six months to begin reading the series, the older issues are half the cover price which is nice. I'm definitely going to continue the time-traveling journey for at least a few more issues and then do another review. I would definitely encourage fans (even those who are not avid comic book readers) to also check out this series.

The series is already up to issue #9 which was published June 22, 2016. You can download Back to the Future #1 from Amazon, Comixology, or Google Play today for just $1.99 with current issues priced at $3.99. You can also get a paperback collection of issues 1-5 (which I believe completes both initial stories) through Amazon.