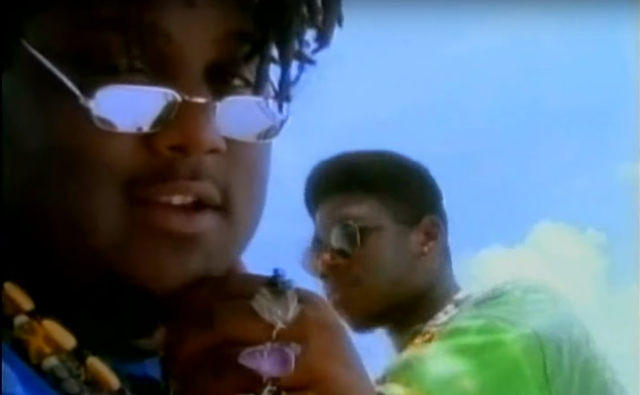 TMZ reported last Friday that singer Atrell Cordes, better known as Prince Be from the early '90s hip hop group PM Dawn, passed away at just 46 years old. The report says he died from kidney disease and was also living with diabetes.

PM Dawn had a big influence on my personal music taste in the early '90s. My collection had a wide variety of rap, rock, dance, and hip hop records. PM Dawn's sound seemed to combine elements of everything I listened to along with the familarity of sampling other hits. By the time "Set Adrift on Memory Bliss" was released in late 1991, I would have had my first experience with sampling.

Vanilla Ice's "Ice Ice Baby" and MC Hammer's "You Can't Touch This" were very influential to me and tracks that I loved as I began high school in the early 90s. After hearing me jam out in my room one day, a family friend pointed out to me that Vanilla Ice "ripped off" Queen and David Bowie with his hit single. It was my first time understanding sampling as it probably was for many kids at that time. Sure, I probably new what it meant to cover a song, but remixing old beats into a new track was something I hadn't realized was happening until that day.

By the time Puff Daddy caml along in the mid '90s, I was pretty much done with sampled music. "If I wanted my '80s music, I'd listen to the original tracks thank you" is probably how I would've answered your sampling questions in my college years. However, PM Dawn was probably the last band that I really enjoyed and didn't mind the sampling. I was into groups like Technotronic and Snap, but even though PM Dawn was labeled in the same genre, they seemed different to me and flawlessly infused rap vocals with the sampled beats. 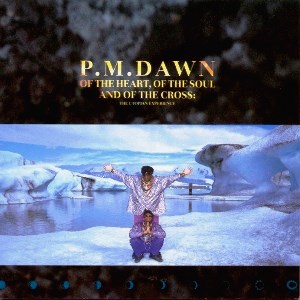 Of the Heart, of the Soul and of the Cross: The Utopian Experience quickly became one of my favorite albums to put on just as background to doing homework or playing video games. It was dance, it was rap, it was rock, it was synth, it had so many music genres tied into one album. Prince Be's smooth vocals and the familiar Spandau Ballet sample (and cameo in the music video) seems now like the pinnacle of married music.

After "Set Adrift", tracks like "Paper Doll" and "I'd Die Without You" were also highly popular singles that I enjoyed. The Bliss Album??? quickly showed me again how well PM Dawn sampled popular tracks with "Looking Through Patient Eyes". The single became a #1 hit on Rick Dees' countdown show (which apparently didn't follow the Billboard charts which shows the single peaking at #2) and I remember Dees announcing it was the first single to sample a #1 hit to also become a #1 hit. I thought that was actually pretty cool when I first heard that fact and still do to this day. Some may say that PM Dawn and other artists only became popular because they sampled popular music, but I really don't buy that with PM Dawn.

Condolences go out to Prince Be's brother (the other half of PM Dawn) as well as his family. In 2005, I remember watching a live reunion show on NBC called "Hit Me Baby One More Time" in which PM Dawn performed their first hit. It was no secret even then that Prince Be was struggling with his health, being practically carried down the steps to the microphone. He still sounded great and I remember wishing they hadn't cut the song so short on the show. Watch the performance below as well as one of my favorite remixes of all time which blends "Set Adrift" with "True" even more than the original track.