Album of the Week: 'Pride' By White Lion 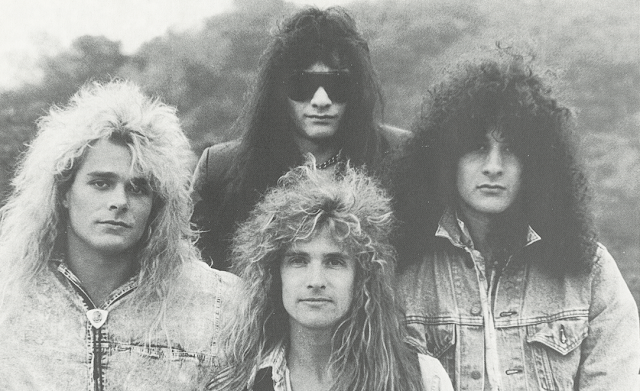 White Lion's second (and most successful) studio album debuted this week back in 1987. Pride was released under Atlantic Records and produced by Micheal Wagener known for collaborating with bands like Metallic, Dokken, and Ozzy Osbourne. The album would remain in Billboard's Top 200 chart for an entire year and sell more than 2 million copies in the US alone. It wasn't an immediate success as the album didn't move up the charts until MTV began playing its music videos in 1988.

"Wait" was the first single released on June 1, 1987 which was three weeks ahead of the album. It truly was a long "wait" before it finally charted in February 1988. It would peak at #8 on the Billboard Hot 100 pop chart. "Tell Me" was the 2nd single released from the album, but didn't come close to the mainstream success of "Wait", peaking only at #58. The ballad "When The Children Cry" was the third single released and would push White Lion again into the Top 10 making Pride one of about 20 rock albums to have two Top 10 pop singles. It would climb to #3 and also chart at #7 in Sweden. The final two singles "All You Need is Rock 'N' Roll" and "Don't Give Up" failed to chart, but the success of the album overall allowed White Lion to open for several established rock bands on tour. MTV would air a "Live at the Ritz" concert special in 1988 which would later be released on VHS.

I never owned Pride or remember listening to in its entirety. I have "Wait" on a compilation album and remember enjoying it since it first came. "When The Children Cry" was too slow for me back in the day, but I do enjoy it more today and I'm looking forward to listening to the entire album this week.

Rediscover Pride this week via YouTube below or subscribers can listen to their Greatest Hits album for free on Amazon Prime music. You can also join me by posting your favorite tracks or memories in the comments.