As I mentioned in my previous review of episode one, I have come back to provide you with a comprehensive review of the first season of Voltron: Legendary Defender produced by DreamWorks and distributed by Netflix.

Before I begin, the way I entered this review is that of a split personality: "The Fresh Eyes Critic" and "The '80s Critic." Using those perspectives, I split the article in two parts to showcase how the new series works for the modern animation crowd and how a hardcore fan might compare it to the original.

Beginning as the Fresh Eyes Critic, Voltron 2016 provides us with a new, enormous multi-part robot piloted by five palatins. These space explorers have little-to-no knowledge of Voltron and its components, the five colored lions. The story line and plot are superb, providing the audience with a great amount of substance as well as a fair amount of suspense to keep your attention and to continue feeding that hunger for wanting more. 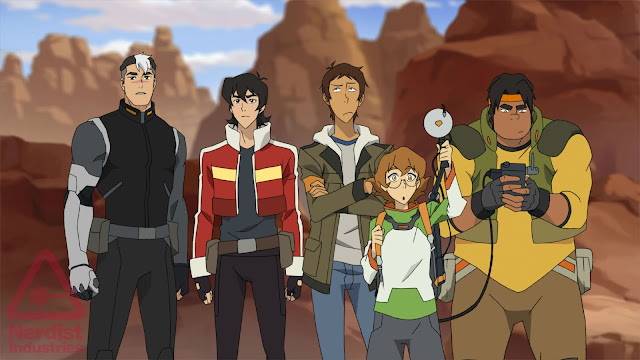 The battles with King Zarkon and the interaction with Witch Hagger and their minions also captures your attention especially when Voltron appears to have little chance of winning. Couple this with a beautifully drawn Princess Allura and a very high strung castle liaison named Koran keeps one curiosity poised throughout.

As the episodes continue, the battles become stronger while we learn more about the palatins, the castle (which becomes a space ship), and the role of Voltron as a defender for all peoples in need of help. We learn the characteristics of our pilots with great comedy and the logistics of how they are transported to the lion cockpits. In addition, the lions seem to have souls and can operate themselves or spiritually influence the pilots to use new features such as the sword.

Overall, Voltron: Legendary Defender by itself has an impressive storyline, plenty of action and comedy, and is very welcoming to the cartoon world. I believe this has a great chance at gaining momentum, stretching it into at least two more seasons if written and directed well. 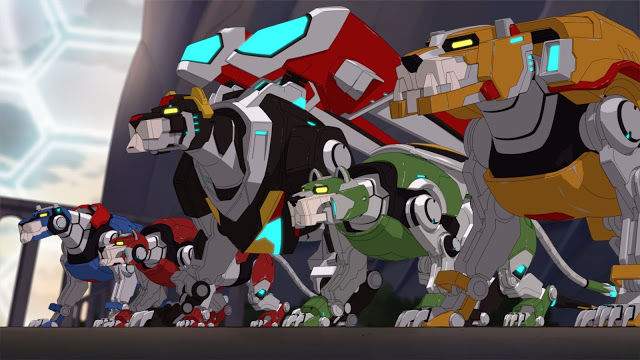 Now, allow me to shift into the split personality of the '80s Critic. As stated earlier, though a bit skewed, the storyline still has some reachbacks to the original 1984 storyline. These nods are within a degree of acceptable parameters as far as grabbing my attention while not distracting me too much with small variances. I've made a list of likes, dislikes, and things I questioned while watching the new series:


These concerns communicate that the new writers may not have been that knowledgeable about the original Voltron or chose to move away from WEP's previous production.


Overall, I am very thrilled to see Voltron reborn and pray that this cartoon stays for another couple of seasons. It would be grand to see Keith promoted, add characters like Sven and Prince Lotor, along with some killer robeast competitions where Voltron could expound upon his capabilities. I don't expect everything from prior Voltrons to be reintroduced, however some things like the form Voltron sequence and Blazing Sword in my humble opinion should be reintroduced. Nonetheless, I will anxiously wait for season 2. 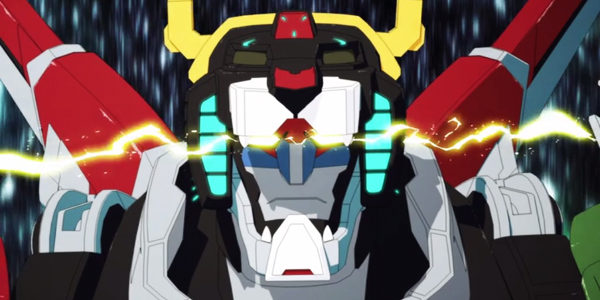