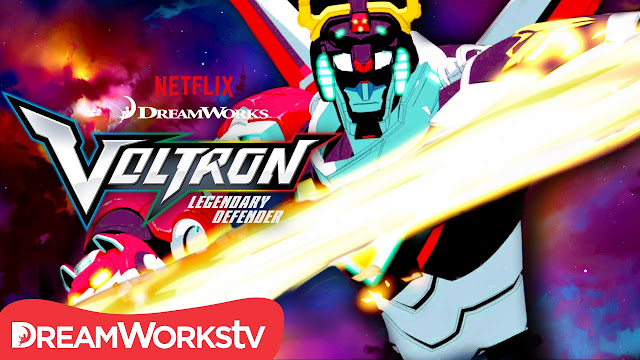 "From days of long ago, from uncharted regions of the universe... " These words have been well-kept with the new Dreamworks/Netflix series Voltron: Legendary Defender. As some may know, (especially my dear friend Jason,) I am quite a fan of Voltron whether it's the Lion or Vehicle forces. This mega robot has astounded me and has kept a place in this 40 year old's heart for three decades.

When I learned that Voltron was returning this year, I was already intrigued and eager to watch. For now, I am going to keep this article to an initial impression from episode one and will post a more encompassing review after season one. With that said, "Let's form Voltron - post..."

Though not a true anime fanatic, I have enjoyed the anime art from time to time and took pleasure in seeing that this rendition stayed true, in artistry, to its 1984 roots. What I am happy to see is that most of the mouth movements were closer to being correct, with a few scenes even keeping more classic, simple movements.

The plot truly captured me and I noticed a few similarities to the original 1984 story line, albeit the original actually seemed less in-depth as 2016. The naive cadets seemed rather clueless past Pluto except for the intelligent Pidge. The cadet competition as well as the comedy aided the realistic, perhaps slightly dramatic, side to become drawn into the pilot episode. 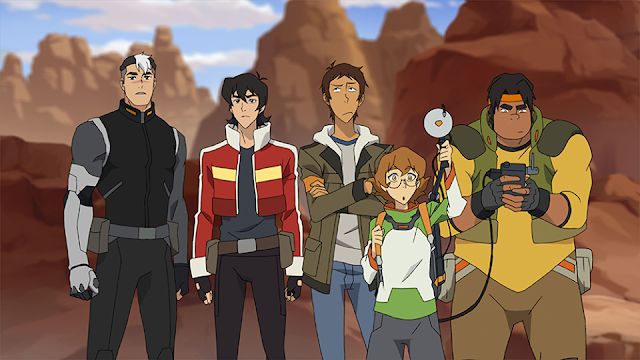 My general observations as I watched were somewhat hesitant yet I kept an open mind and a willingness to give this updated version a fair chance. Doing my best to be concise, here is what I noticed during episode one in comparison to all Lion Force Voltrons: Original series (1984), Third Dimension (1998), and Voltron Force (2011):


An important topic worthy of discussion are the reach-backs covered within this one episode. Keith's mullet-style hair from 1984 and thriving into the 2011 series as well as the red coat scheme for his civilian jacket were welcoming. The "suits of armor" were remarkably similar, though modernized, while the hand weapons were a great nod to the 2011. Another welcome throwback is the Voltron assembly using the tails of Red and Green Lions to connect to Black Lion. (In 2011, Black's arms attached into Red and Green much like the Blue and Yellow Lion legs.) The "auto-pilot" feature was introduced in 1998 and continued into 2011 and it is equally another delightful addition. Like Scott and T-Bob from M.A.S.K., I could not live without the space mice companions of Princess Allura. 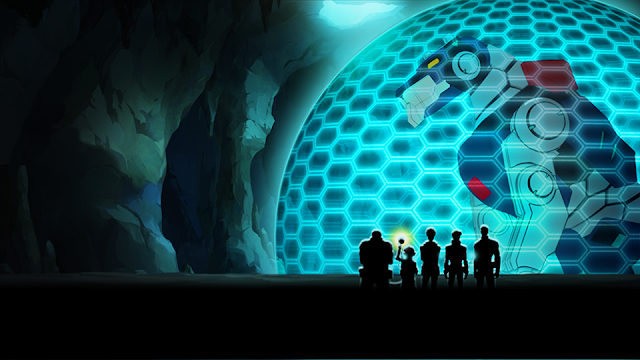 Additional welcome highlights are the "spirit of the lions" which was touched on in 1998 but seems more prevalent in 2016. However, I am left with a few perplexing areas of concern that may be answered in the subsequent episodes including the pilot (called palatin in 2016) -to-lion assignment and perhaps seeing the red wings of Voltron form a V, rather than their current swept back configurations.

Overall, Voltron: Legendary Defender is a well thought, impressively produced cartoon with the right balance of comedy. I'm seriously interested and will continue to watch and hope that this actually takes hold for more than one season.