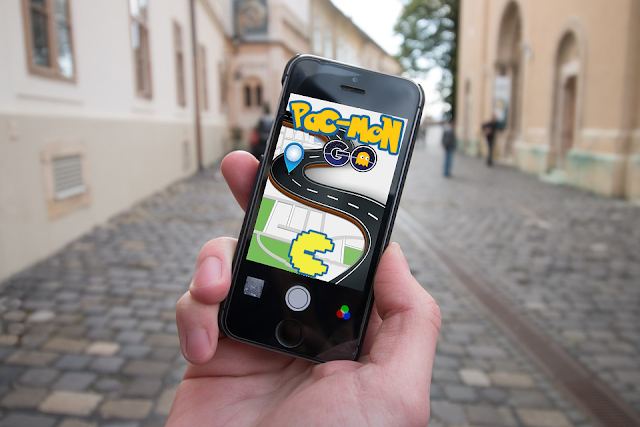 Perhaps the most anticipated app of 2016, Pokémon Go has managed to appeal to people who had not been previously familiar with the franchise. It’s quickly become a worldwide trend and there’s no doubt that it can be addictive. The main difference between Pokémon Go and other games, however, is the need to leave your home.

Memes, meet-up groups and gameplay videos have quickly spread across the net, making it an internet sensation. Yet, so have memes and other pages bashing the game. It’s just not everyone’s cup of tea. Many people simply don’t have the time to go out every day and catch little creatures with their phone.

Also, you often need to travel to other towns to find worthwhile Pokémon so it can become even more time-consuming. All things considered, there are games out there that are more addictive than Pokémon Go could ever be. Many of them are retro! Here are five retro video games that will make you want to pull out your old game consoles (or eagerly get your hands on the new NES Classic Edition this November) and forget all about Pokémon Go. 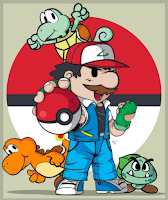 Though there have been many remakes and sequels of the game, the original Super Mario Bros. from 1985 is just as addictive, if not more so, than its successors. One of the things that makes Super Mario Bros. so great is that it’s really a simple game with simple controls. Yet despite the simplicity, the gameplay is actually challenging and memorable.

As you advance through the story and the eight worlds of gameplay, you’ll face a variety of different enemies along the way as well as interesting stages that present new challenges. The game's difficulty scales just right to match the player. After you fail a level a few times, most people figure out just what’s needed.

Super Mario Bros is a game you’ll want to play again and again, even if you manage to reach the end (and the game won’t pull any punches at that point). If you want more addictive Mario gameplay, be sure to check out the other titles as well. 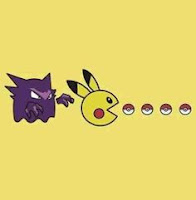 Released in 1980, Pac-Man became one of the most famous arcade games of all time after it wowed arcade goers with its fun and addictive gameplay. The gameplay in Pac-Man is even simpler than any of the Mario games, so much so that you can easily play it on your smartphone or in your web browser (if you are going to download anything to your phone, though, don’t go without a Virtual Private Network, as described in this VPN review by Secure Thoughts). At the time it hit the arcade, it delivered a whole new type of gaming.

Like many arcade games from the '80s, Pac-Man is very clear about its gameplay. You play as Pac-Man and your goal is to eat all of the “pac-dots” while avoiding the four ghosts throughout the maze. You can also eat “power pellets” which are typically placed near four corners of the maze and give you the ability to eat the enemies and temporarily disable them. Once you’ve eaten all of the pac-dots without getting caught, you advance to the next level.

You probably know all of this already, but I wanted to reiterate just how simple games were a few decades ago.

Galaga is a sequel to Galaxian and an early shooter that was released as an arcade game in 1981. Over the years it has had several sequels made for a variety of different consoles as well as an 30th Anniversary Collection app released for iOS. Like the majority of early arcade games, the gameplay is simple but addictive.

In Galaga, you control a starfighter and shoot down enemies while dodging their attacks at the same time. In many ways it can be considered one of the origin points of the “bullet hell” genre of games. It takes skill and some getting used to, so don’t sweat it if you think it’s too hard when you first start! 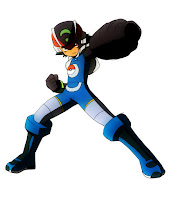 Debuting in 1987 as “Rockman,” Mega Man is a side scrolling action shooter game that is world famous for its timeless gameplay. Since the original release, there have been dozens of sequels, some mirroring the original and some with different elements. That being said, the original and its immediate sequels are all great games.

The first few are extremely simple. You defeat the robot bosses to claim their powers which can in turn be used against other robot bosses in a “rock, paper, scissors” format (for instance, in Mega Man 2 Quick Man is weak to Flash Man’s weapon). By default, you’re equipped with the Mega Buster, limited to 3 shots on screen at once.

The difficulty can sometimes be high for inexperienced players. Yet that’s exactly one of the elements that make the franchise addicting. You never feel like it’s the game’s fault and you’ll want to keep improving. The more you play, the more you’ll want to play the next installment. 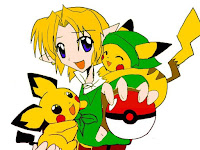 As retro games go, there are few more well-known than The Legend of Zelda. As one of the first console games to feature a “save” function, Zelda took exploration to new heights with dozens of secrets, challenging enemies and basically no direction.

As soon as you enter the game, you need to figure out what to do. There are some hints, but you’re mostly left to your own devices. You’ll battle enemies that continue to appear in later titles such as the moblins (regular map enemies) and famous bosses such as Dodongo. The difficulty isn’t too bad at the start but it ramps up quick and becomes unforgiving as you explore more.

If you’ve played it once, you’ll want to try it again. There’s no doubt you’ll find something new hidden in the trees on in the corner of a map. Other than these five games, there’s no doubt that there are many others that will keep you going for hours.

We’re interested in knowing about your favorites and how you think they compare to Pokémon Go. Share your opinion with us in the comments section below.


About the Author: Caroline is a technology and entertainment blogger who is also an avid gamer. She enjoys games both new and old. Retro games are some of her favorites to play on a variety of well-preserved platforms.